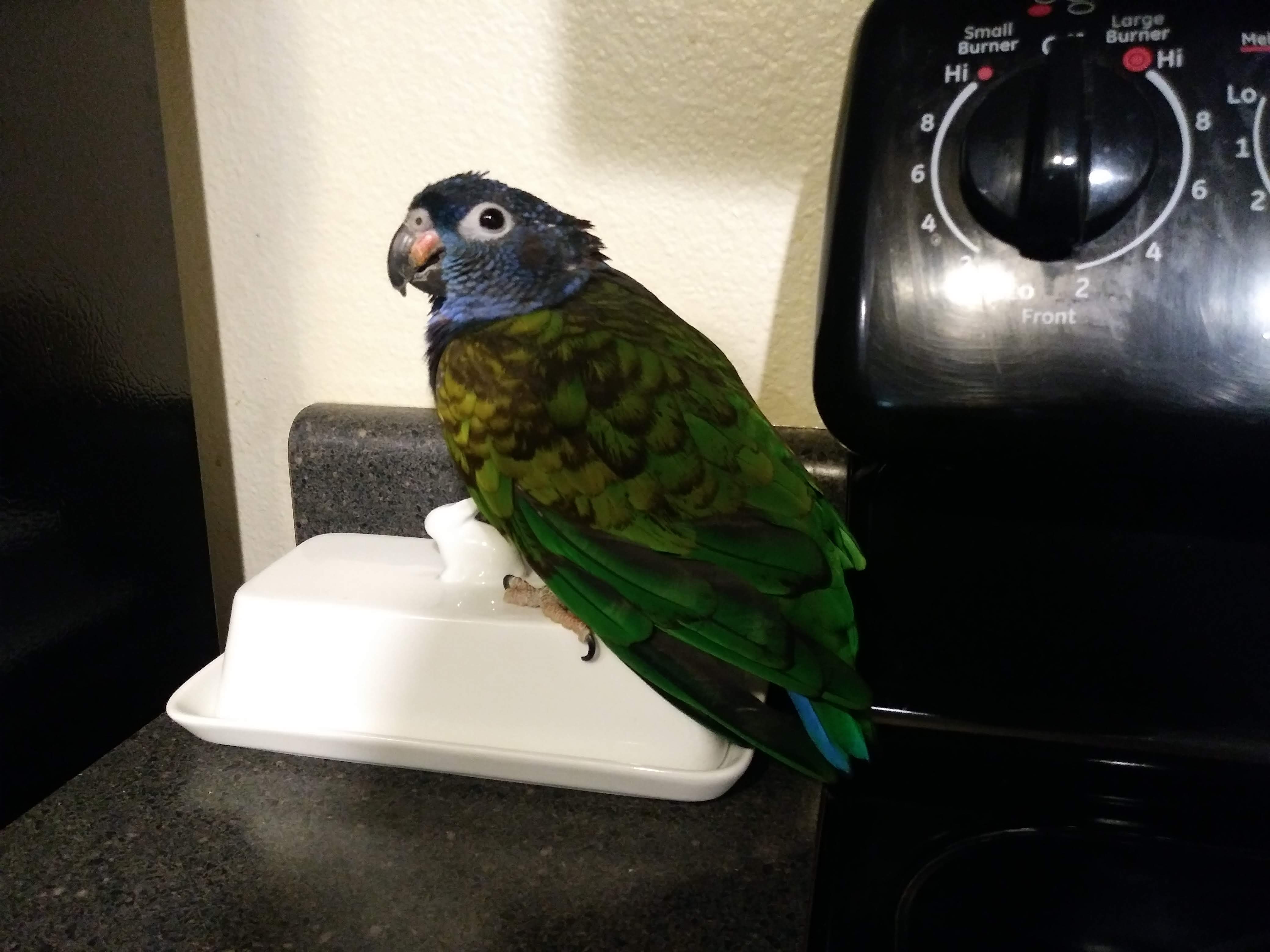 Genus Pionus is a group of about 8 different species of medium-sized parrots that are native to North, Central, and South America.

The defining features of Pionus are their stocky build, bare eye ring, and short square tail. They tend to have relatively subdued coloration as compared with more vibrantly colored species. Additionally, all Pionus have bright red undertail coverts. Also like most parrots there is no notable sexual dimorphism.

In flight Pionus are known to have a strong and deep wing beat. In fact the wing beat is so deep that the wings touch under the bird during the downstroke.

When excited or nervous, Pionus will emit an odd wheezing or snorting noise, which is often confused with respiratory distress. They are also know to give off a sweet and/or musky odor when excited as well.

In the wild Pionus diets consist mainly of fruits, but they also consume seeds, berries, flowers, and crops if available.