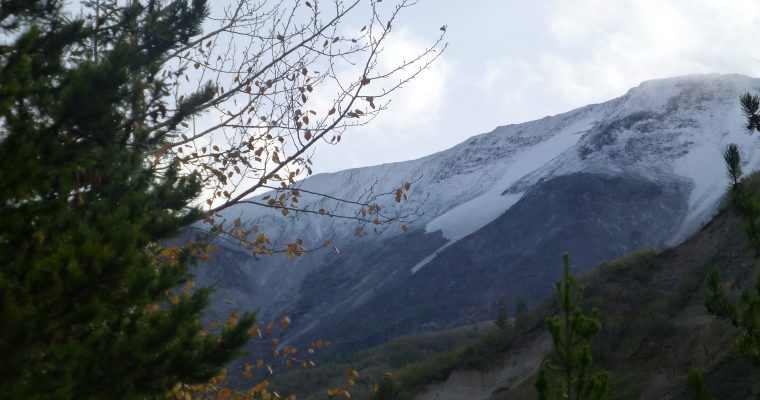 Mt St Helens erupted on May 18th 1980 forever altering the landscape. Now 38 years later Apryle Craig and Zach Szablewski set out on a quest to circumnavigate the volcano. The best way to accomplish this feat is via the Loowit Loop which is a … 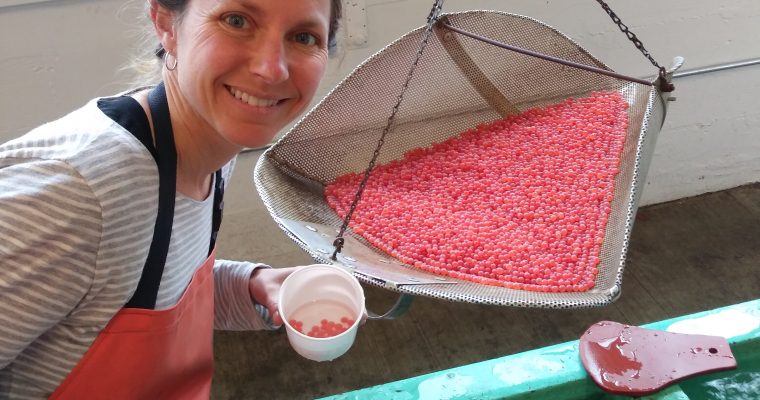 Today we volunteered at the Issaquah Fish Hatchery separating the dead and unfertilized salmon eggs from the viable eggs. The chinook salmon eggs are now 4 weeks old and about the size of a pea. The viable eggs were salmon colored and slightly translucent, so … 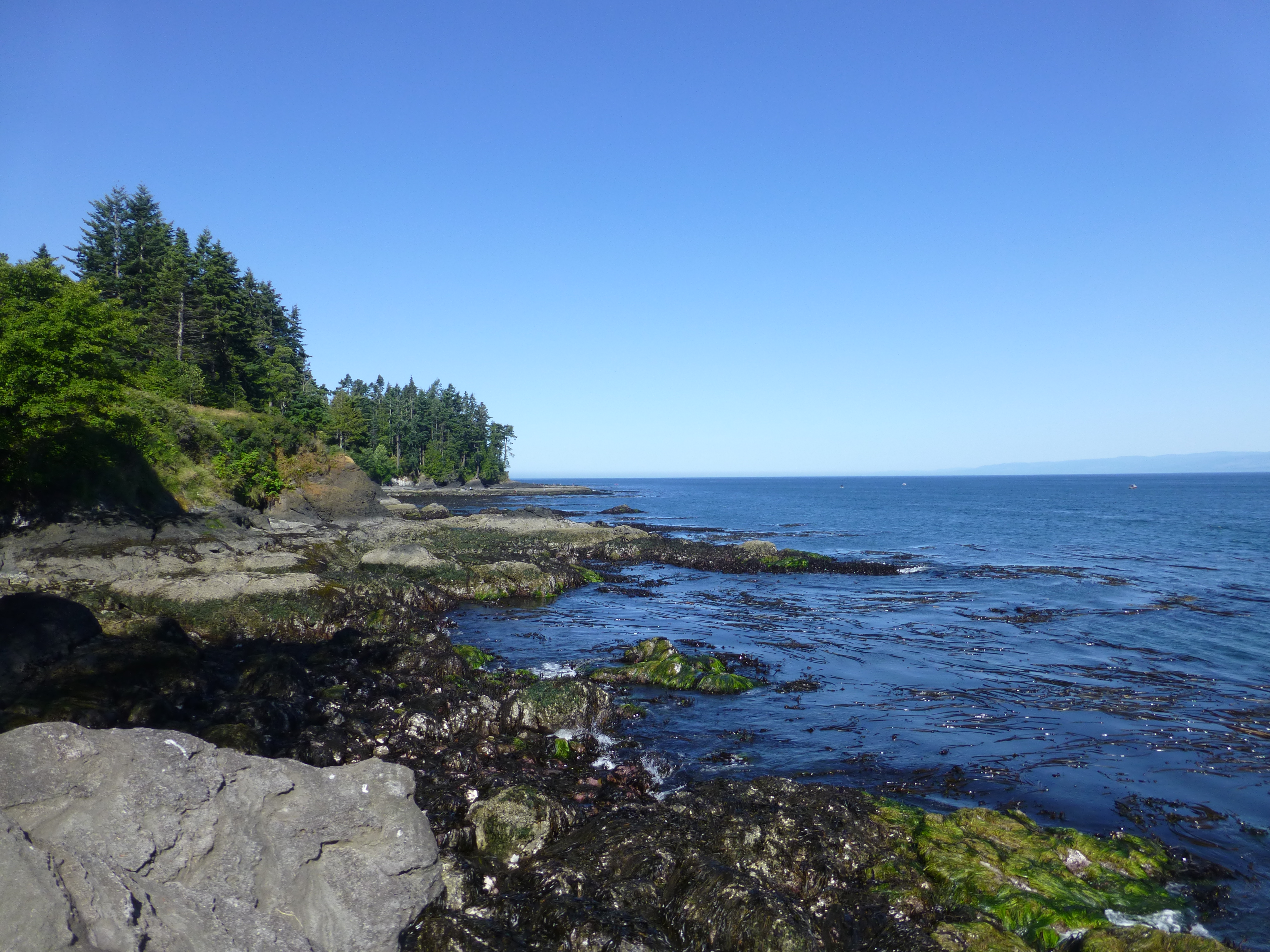 I am not sure if there is anything better than a trip that features both Mountain Goat and Sea Star sightings in less than a 24 hour period. There is something surreal about the ecological diversity of the Olympic Peninsula, and much like previous visits, our mid July adventure had its share of wondrous sights, but it was also memorable for the mishaps along the way.

The trip started on Thursday July 12th when Apryle and I picked up the RV from Sultan and drove it through heavy traffic in Tacoma, before calling it a night in a parking lot outside of Poulsbo. We slept for a few hours before being awoken by the cries of Gulls, Ravens and our Conure answering back in the early morning on Friday July 13th. We continued our journey to Olympic National Park and the Heart of the Hills Trailhead, arriving around 9:30AM with ideal temperatures and sunny weather.

We set up Darwin at his lookout station at the side window of the RV positioned with a strategic view of the surrounding forest, and then began our twelve mile loop. The Heather Park Trail climbed about 4000 feet before leveling out slightly as we entered the alpine zone. The trail broke free from heavily forested hillside and opened up to jagged rocky spires and scree strewn slopes with panoramic views of the Olympic Mountains and the Salish Sea.

Without much motivation to leave the inviting landscape surrounding us, we kept the pace leisurely and about ten kilometers into the loop we reached our first junction with Klahhane Ridge Trail. This trail was more heavily trafficked and offered an excellent vantage point for the snowcapped peaks to the southwest and foggy river valleys below. Additionally, Apryle and I spotted a few Mountain Goats, some resting in the shade of the cliffs and others crossing snow fields.

Our time in the alpine ended with our descent to Lake Angeles; after about 5 miles above tree line. Klahhane Ridge trail gave way to the Lake Angeles Trail about nine miles into our journey and from here we tried to guess how far up the trail we made it way in March of 2015 (my first trip to the Olympics). The final three miles were uneventful, but we were anxious to get back to our little parakeet holding down the fort. In total we covered 12.43 miles with a cumulative 8241 vertical feet, and enjoyed countless views and wildlife encounters.

After the hike we drove out to the Ediz Hook and took Darwin on a walk to do some sea bird and shore bird watching. The narrow sand spit was quite interesting and it was satisfying to see the ridgeline that we hiked earlier in its entirety from our unique vantage point. After the walk we headed to our favorite spot on the Lyre River with the intention of camping, but unfortunately it was full and we were forced to camp on a roadside pullout east of Twin on highway 112. After a marginal nights sleep we awoke on Saturday July 14th ready to explore Salt Creek County Park.

We found a shady wooded spot to park the RV and then hit the trails again. This time we found ourselves at a tide pool, coincidentally at low tide. We took advantage of the opportunity and walked as far out into the strait as possible, catching glimpses of anemones, sea stars, sea sponges, hermit crabs, oysters, urchins, chitons, and a myriad of other creatures. We then went for a short run on Crescent Beach before a woman came out to command us to take the road back over to the county park because it was private land. Apryle and I were taken aback by the fact that this woman was so concerned with the arbitrary swath of sand and felt that this was a worthwhile use of time and energy.

At any rate, we returned to enjoying our weekend as we continued our run on the public beach section (though there was no signage indicating otherwise). I took a short break and then went for one last run up to Striped Peak. The trail was quite scenic with the strait to my left and mixed forest with the unmistakable Madrones highlighting the coniferous forest. I reached an anticlimactic highpoint and then took the Striped Peak Road eastward back down a hill into a exposed logging section. After a few miles of baking in the sun, I decided it was time to run my way back into the shaded tree cover of the forest and then descended back to the trail head. After the double ascent and reaching a highpoint of 940 feet the run totaled about 8.4 miles.

Apryle, Darwin and I finished up our time in Salt Creek County Park with a walk along the Beach to Bunker Trail where we were able to step inside a replica of a WWII era bunker. We then reluctantly ended our trip to the peninsula and made our way back to Sultan to drop off the camper and then back to Issaquah to our home. 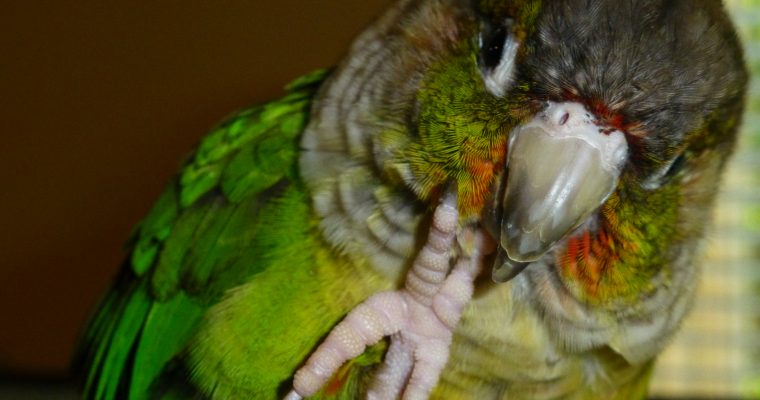 Genus Pyrrhura is a group of about 25 different species of parakeet (or conure; new world parakeets) native to Central and South America. They inhabit tropical and subtropical regions and typically prefer humid forest. Although Blaze-Winged Conure live in deciduous forest and Pfrimer’s Conure are …