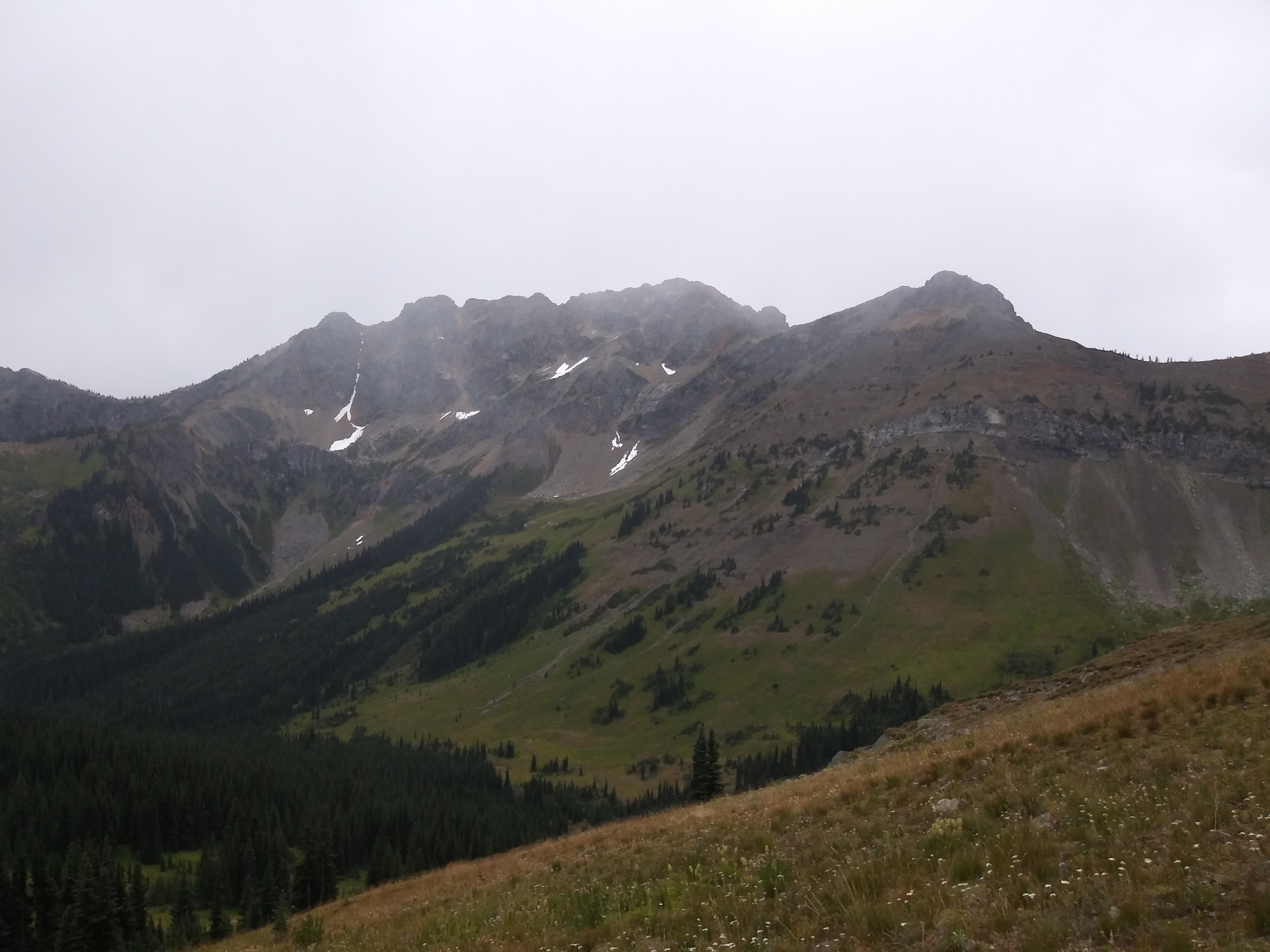 After several weeks of anticipation I awoke at 5:30AM on August 30th with an intense desire for a long arduous adventure. Apryle drove me up to Snohomish where I met up with John, Brit, Jace, and Jax Maxwell. We piled into his Chevy pickup truck and began the journey to Hart’s Pass, our starting point for the Washington Pacific Crest Trail traverse. We started at Hart’s Pass because entrance to the US is not permitted from Canada, and because even if passage were permitted we were not allowed into Canada due to to COVID restrictions. Therefore, we had to begin our run with a 31 mile warm up. The road up to Hart’s Pass is rocky, steep, and narrow, and provides a proper transition from the smooth paved highway 20 to the pervasive Pacific Crest Trail.

At the trailhead, John and I inspected our packs, added a few final items, applied sunscreen, and started up our GPS devices. Brit and I boys wished us well and we anticlimactically began our 530 mile speed attempt at 1:47PM. The weather was a perfect 54 degrees under sunny skies without a cloud in sight.

We confidently began our descent of the forest road that we ascended in the truck, but quickly realized that we were going in the wrong direction. We retraced our steps and then corrected our error by making yet another one, by heading south on the PCT. We turned around again and then started to run up the forest road towards Windy Peak. However, with the help of our GPS devices we realized that we were about 175 feet off the actual trail. Finally after about 2 miles of confusion, we started our northbound journey to the Canada border. We had a good laugh at how ridiculous it seemed that we were pursuing a PCT record when we could not even manage to find the PCT, let alone run it.

The daunting challenge ahead of us made me feel alive and free, the stresses of day-to-day life melted away, replaced instead with the intense vigor of completing the Washington portion of the PCT. We were conservative with our pace, saving our energy by jogging the downhills and flats and walking the slightest incline. The ease of conversation, and unobstructed views of seemingly endless wilderness made the miles melt away. Though the trail meandered over mountainous terrain, it felt more like simple rolling hills. One vivid memory of these early miles was the sighting of a yurt in the distance. John and I contemplated its purpose, was it a rental or did someone live there permanently? These questions were unanswered by the trail, but were also quickly forgotten because of the task at hand.

After a few hours and half the distance to the border behind us, the skies began to change from clear blue, to an ominous gray. Along with the rapid movement of the stratus clouds covering the sky, a cool wind began to sweep across the treeless alpine. It seemed that inclement weather might be on the way. I was elated at my last minute decision to pack my raincoat and horrified that I had actually debated leaving it behind. As the light began to fade, the gravity of our run began to sink into my thoughts. There would be no hot shower or comfortable bed for the evening, only continuous movement in potentially harsh conditions.

As we neared Woody Pass, the dark skies began to open up and there was a light cool rain that began to sputter from the skies. We put on our rain gear and the conversation shifted to wood-burning stoves and backyard fires. The thoughts, and the raincoat, seemed to warm my spirits and my body. We ran over Woody Pass and then began a series of undulations up and over two high points that topped out above 7,800 feet. We passed by tents that were flapping in the strong gusty wind and critiqued their inhabitant’s location choice. The stunted and curved larches, firs, and pines provided little protection from the elements and the rain turned to snow flurries. There was no accumulation, but the vegetation became thoroughly saturated. Despite being a little cold, these high elevation miles were some of the most beautiful of our warm up.

My last recollection of scenery was a teal-colored lake that we began a switchbacking descent towards in the waning light. As we lowered back into the forest the temperatures warmed and we were somewhat sheltered from the rain and wind. But the understory leaves retained a healthy amount of water droplets and as we gingerly squeezed by the water-heavy, draping branches, our clothing became drenched. It was not long until our shoes and socks were breeched, creating a prime opportunity for blister development.

The miles in the dense forest were cold and uncomfortable, all the way to the border. We were unable to run confidently due to the tunnels of drooping shrubs and trees that made trail finding in the dark a challenge. In addition to the continual soaking from the local flora, the muddy trail was also starting to retain pools of water and every 50 meters there was another stream crossing. I yearned for the exposed, yet runnable alpine. Then after a particularly narrow, rocky right turn, we came to a clearing – the Canada border. It had already been a substantial adventure, but our official run had not even begun.

We sat at the border with British Columbia for about a half hour, taking photos of the survey markers, monuments, and signing our names in the registry. I ate some of my substantial food: tuna packs and cliff bars. Even with the 50 kilometer warmup, I still found myself incredibly nervous as we began to reorganize our packs for the 62 mile run to Rainy Pass.