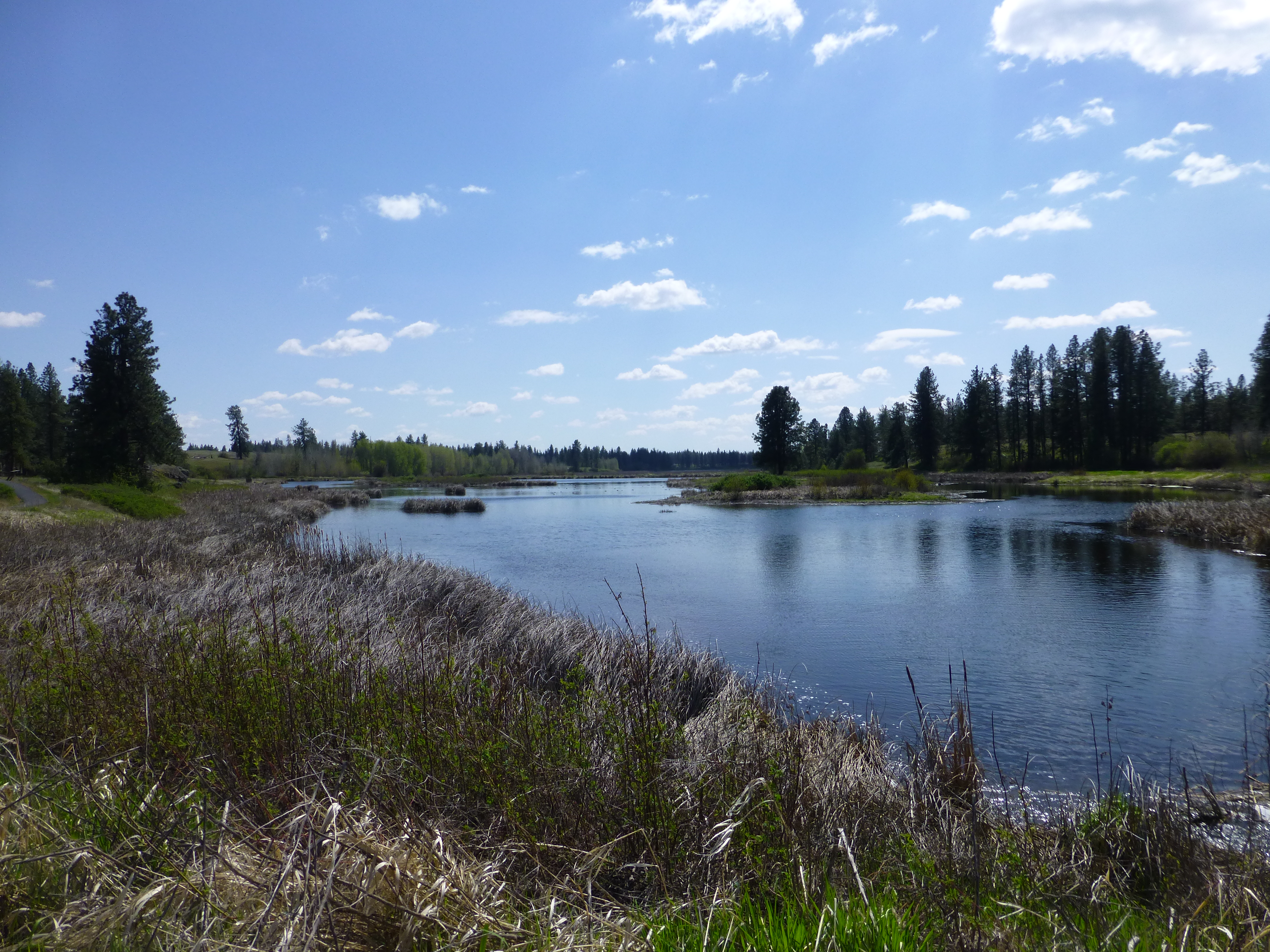 Apryle and I stumbled across Turnbull National Wildlife Refuge while traveling to her Vegetation Measurement basecamp this spring. We had been aware of the refuge existence because of its prominence as an eBird hotspot, but had not planned a specific trip to explore the massive protected area. After a short detour off of highway 195 on some narrow country roads we found our way to the entrance.

We were surprised at how thickly forested our surroundings were within the refuge after emerging from the endless miles of monotonously farmed hills. In addition to the vegetation changes, the landscape also leveled out from the hills and became a flat plain dotted with hundreds of pools, ponds, sloughs and lakes. While the land was relatively flat, there were a significant number of rock formations in the form of basalt outcrops and shallow channels.

Perhaps the most intriguing part of the wildlife refuge, was the wildlife, and we saw an eclectic group! Upon arrival we observed over ten different passerines, ten different waterfowl, a herd of Elk amid a Ponderosa forest, and even a rafter of Turkey in full strut. However, the most prolific species was the Rocky Mountain Wood Tick, of which I observed a personal record, six climbing up my leg after only a few minutes off the main trail.

In our first trip Apryle and I explored the southeast corridor, which weaved between ponds, then meandered through Ponderosa Forests, which gave way to open grassy plains with occasional Aspen stands. In the second trip we ran the birding loop which can be driven in the car, but is still a pleasant run due to the minimal use and comfortable ground surface. This loop offers several lake front views, interspersed with large open grassy plains and Ponderosa stands.

Turnbull National Wildlife Refuge is an 18000 acre swath of land on the edge of the Columbia River Basin known as the Channeled Scablands. However, this particular section of channeled scabland encompasses a unique mosaic of wetlands, rock formations, grassland steppe and Ponderosa Pine/Aspen Forests. Whether birding, wildlife viewing or just soaking in the scenery, this spot is an eastern Washington gem.