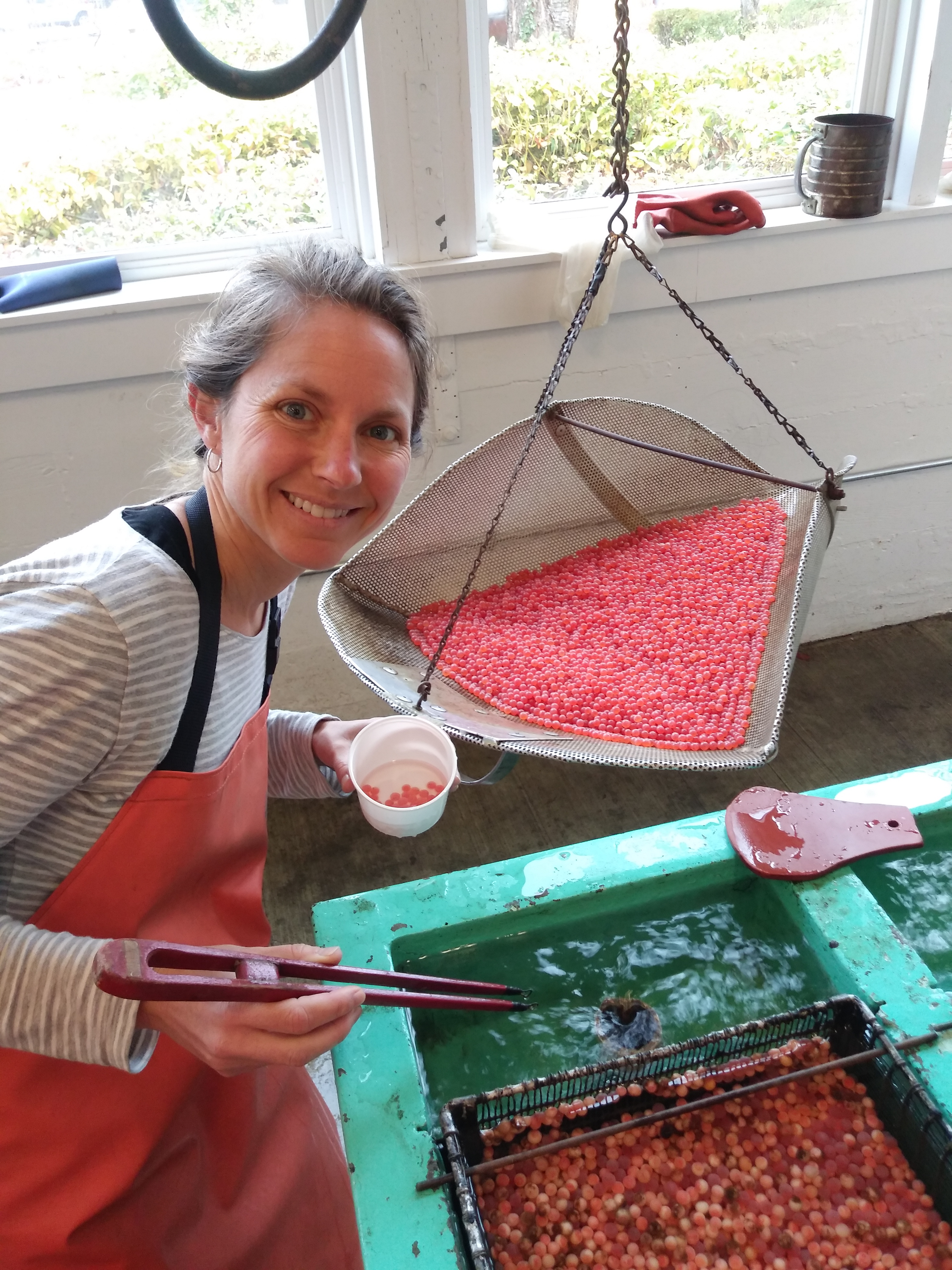 Today we volunteered at the Issaquah Fish Hatchery separating the dead and unfertilized salmon eggs from the viable eggs. The chinook salmon eggs are now 4 weeks old and about the size of a pea. The viable eggs were salmon colored and slightly translucent, so you could see two little tiny salmon eyes inside. If you looked at the eggs patiently, you might see one of the little fish squirm around inside its egg. The bad eggs were milky white, hard, and some had a dark fuzzy mold or fungus on them.

As you can see from the photos below, we used little calipers that looked like toast grabbers or barbecue tongs to pick up each egg one by one.