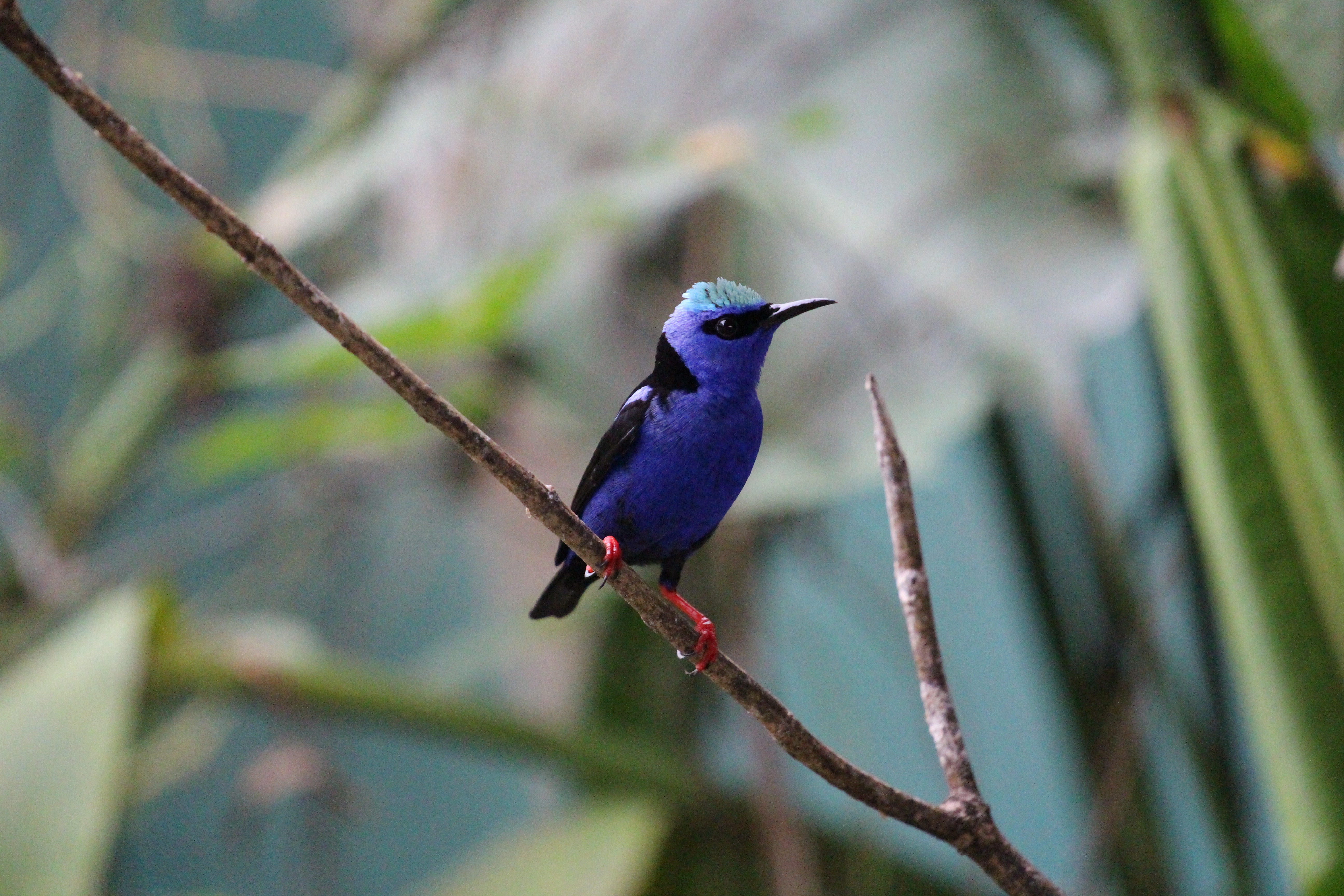 Zach got a good night sleep. It seemed that whatever had hit him had passed. Even though we didn’t have to be at the Bogarin trail until noon, we woke up pretty early. We had breakfast at our hotel, said goodbye to Dennis, the 3-legged dog, and headed north out of Santa Elena. You can’t go east around Lake Arenal, you have to go all the way around to the west. As we bumped down the rutted, rocky, twisting road, farms reclaimed the landscape. Eventually, we caught a glimpse of Lake Arenal.

We got stuck in construction traffic. They had the road down to 1 lane for as far as we could see. No traffic was coming in the opposite direction, but we just sat there. People turned their cars off. People got out of their cars. We had left about an hour and a half earlier than we needed, but the longer we sat in the line of traffic, the more nervous we got that we might miss our noon tour.  We still had another 30 miles to go. We knew we were in trouble when folks broke out their goods and started walking between cars selling popsicles,  drinks, nuts, and other snacks. After about an hour, we finally started to move. Our GPS estimated we would arrive at our tour location at 11:58 a.m., but we were stuck behind a semi truck taking the tight turns slowly.

The Bogarin Trail is on the west side of La Fortuna. The Bogarin property used to be 100% cattle farm a couple decades ago. In 2000, a local Costa Rican, Giovanni, started restoring the forest. We arrived at the parking lot with a few moments to spare and were immediately ushered to the far end of the parking lot where our guide, William, was fixing his scope on a black-mandibled toucan. The largest of Costa Rica’s toucans, the yellow bird sat at the top of the tree tossing his head around seemingly showing off his long bill. After admiring the toucan, we stopped by the fruit bird feeders at the guide shed. So many birds came in! Parrots, tanagers, honeycreepers, guans, woodpeckers! After watching at the feeders for about 15 minutes, William took us to a small pond behind the guide shed and pointed to a plant. He touched a curl on one of the leaves and two big eyes blinked open sleepily. He picked up the red-eyed tree frog which stretched into a rainbow as it crawled onto a stem. We watched and photographed the frog momentarily, then William placed it back on its leaf where it curled up, closed its eyes, and became all but invisible to the untrained eye.

We started out on the trail. The Bogarin property is narrow and bookended by farms but the small pocket of restored land seemed to serve the wildlife well. Almost immediately, William pointed to a branch with excitement, “A green ibis!” This was a great find and we would have walked right by it if not for William. Further along the trail we kicked up some leaves and debris to uncover a blue jeans frog (strawberry poison dart frog). William nicked the bark of a tree and let the sap dry on his fingers to show us the magic of a rubber tree. We visited a pond to view a mother caiman and her baby. He paused in places to tear off a leaf and let us smell menthol and cilantro. We tip-toed around the busy leaf-cutter ants. Watched a huge male iguana basking on a branch in the sun. But, of course, the main highlight was the sloths. We watched a smiley three-toed sloth hang from a branch and scratch his chin. William spotted a sleeping two-toed sloth, which looked like a giant fur-ball high in the canopy. Then he took us to search for a mother carrying a baby. Before long, he had his scope focused on her and the little one. We were thrilled!! On our way back to the guide shed, we walked back by the caiman pond and and found a boat-billed heron, one of my favorite birds from our trip. After the tour Zach and I spent a bit more time at the feeders and spotted a white-necked crake darting in and out of the drainage beneath the feeders. We had some time before we needed to get back on the road to Puerto Viejo and Hotel Gavilan so we decided to walk back through. We really wanted to try to catch a glimpse of the keel-billed toucan that William heard but could not find. After a bit of searching, we said goodbye to the itchy sloth and headed back to the car. What a day!