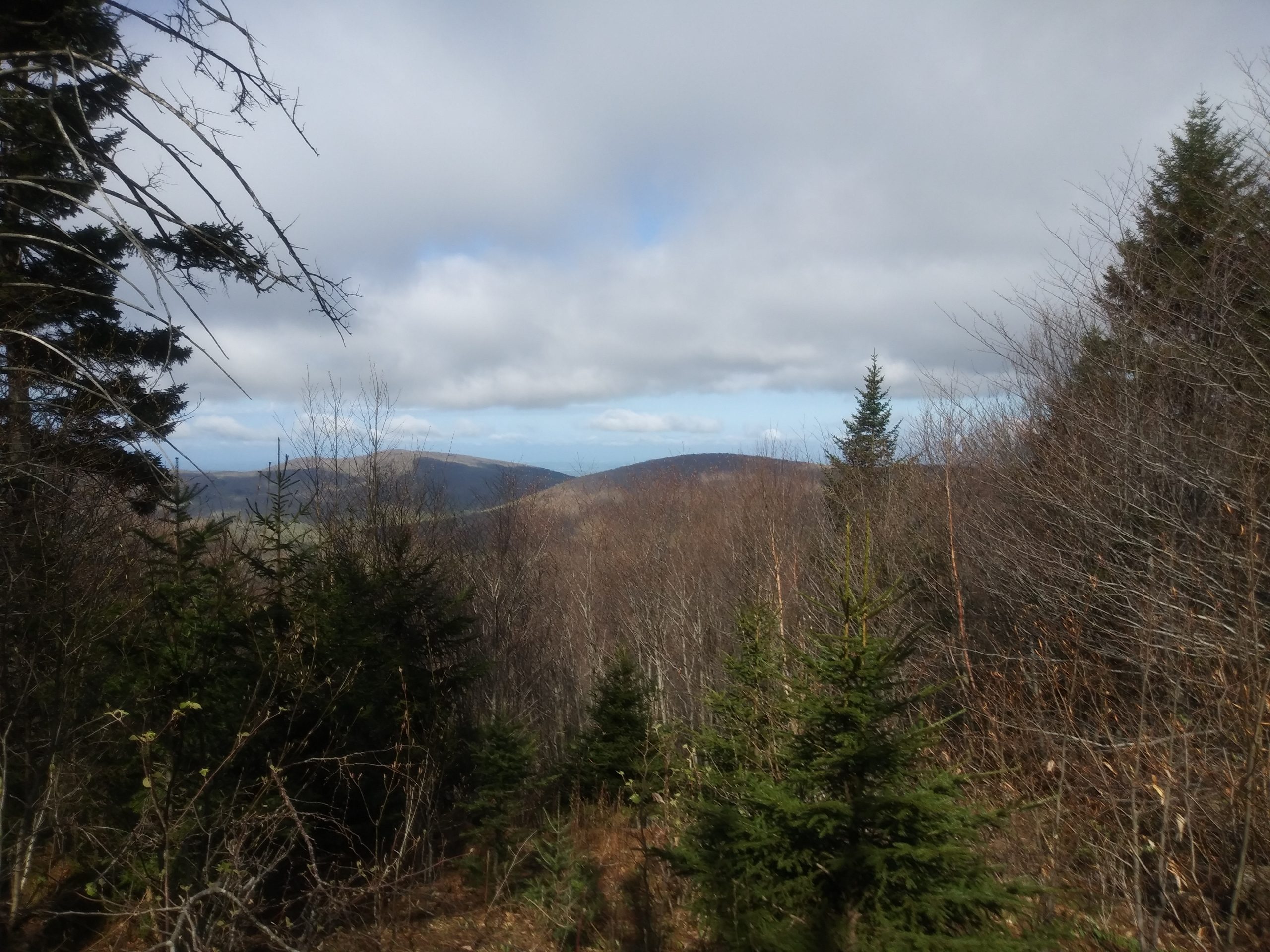 The Bloodroot 50 mile race was one of the toughest ultra trail races I have competed in to date. I am grateful that I had the opportunity to participate due in large part to Strive who handled all the logistics and my wife who cared for the parrots back home. A race in central Vermont, may seem random, given my typical PNW heavy racing schedule, but numerous circumstances made Bloodroot a perfect fit for early May.

The entire winter and spring I geared my training towards the Tillamook Burn Hundred in Oregon. This seemed to be the most logical choice for an early season hundred miler because it was close to home and I was prepared for the conditions. However, just a matter of days before the race, the director cancelled the race. My wife and I had scheduled around this race and even were slated to close on our new home days after the event.

In addition to closing on the home, we also planned to fly back to Ohio to help my father pack to move out to Washington. This left me with limited options to replace the race. I was tapered specifically for the Tillamook race in late April, so I knew I could not string out the taper for too long or I would risk losing my fitness.

Then Nic Munson from Strive had an excellent suggestion to race Bloodroot in Vermont. It not only fit (nearly) perfectly into my racing schedule but it also took place fairly close to Ohio just days before I intended to fly back east anyway. Because I had not done a true long run in over five weeks, I decided it most prudent to compete in the 50 miler as opposed to the hundred. Additionally, I was much more inspired by the 50 mile course because it included more unrepeated trail.

I kept the mileage low for one more week and felt ready to tackle my longest race of the year. I traveled for the entire day on Friday, leaving Ravensdale, Washington before sunrise and I arriving in Boston, Massachusetts mid afternoon. I then drove to the Mountain Valley Retreat in Pittsfield, Vermont where I arrived well after nightfall. I managed to eat and drink a little, but not necessarily ideal prerace preparation.

I awoke in a charming bed and breakfast, which featured a mountain with cascading waterfall out my back window and meadow out the front window. My hosts made a hearty breakfast and then I made the short trip to the start line at the Riverside Farm. At 7 AM it was already in the mid 60s and sunny. I knew that I would have to stay on top of the hydration and hope that my body could tolerate the heat that I was grossly unprepared for.

The opening 4 miles were on a stone forest road, which gradually trended westward into Green Mountain National Forest. Upon reaching the first aid station (4.5 35:25) I grabbed some orange slices and started up a narrow overgrown trail. This trail would have been nearly impossible to distinguish from the brush if not for the impeccable course markings. The course did a short loop following a cascading stream back to the same aid station (7.3 1:02:48).

From that aid station I continued on the forest road a little longer before diving back into the dense forest. The trail pitched upward and climbed over logs and through bushes. The ground surface also made forward progress difficult because it was often boggy with 3 to 4 inches of standing water. I covered the first 10 miles in 1:30:56. The course continued to flip between wide forest road surfaces and overgrown boggy trail. In the second 10-mile stretch there was a significant climb up a switch-backing hill that ended on a tree-covered ridge. As I climbed the hill I noticed some old Moose scat and dried Moose tracks on the trail. Fortunately this was the closest I came to encountering one of those ill-tempered ungulates. The descent was a fairly steep forest road that fizzled out at the third aid station (15.3 2:32:40). I grabbed some chips and forwent refilling my bladder because it was still half full.

From the third aid station there were about 6 miles of relatively flat boggy trail. I continued to take in gels and sip on my tailwind. I found these miles to be very disheartening because I was feeling worked from the heat and a little nauseated. I have never felt so bad that early into a 50 mile race. I reached aid station number 4 (19.3) in 3:14:27.

At this aid station I was tasked with completing an out and back. I ascended a hill to a cabin, which contained an item that I had to identify in order to move forward. After identifying the rocking horse with three apples I ran back down the hill to the aid station (21.3 3:38:45). I refilled my two-liter hydration vest and ran out of the aid station with purpose because as I was descended encountered three runners chasing.

The next miles clicked off quickly as they were mostly on a rolling gravel road. However, not soon until I got into a good rhythm, the road pitched upward and I ascended high above Chittenden Reservoir situated below the trail. This felt like the most significant climb of the day and I drained half my hydration vest in a mere 5 miles. Upon reaching the highpoint on the climb the trail mostly descended to a cascading stream and eventually met back up with the forest road I took earlier in the race (31.0 5:14:28).

By mile 28 I was completely out of water and down to just one of my 7 gels. Finally I was able to refill my hydration bladder at a bridge crossing the West Branch of the Tweed River at mile 30. It was at that point that I realized the race was going to be well over fifty miles. The stifling heat on the bare exposed forest road back to the farm quickly squashed the invigoration I felt after covering the first 50 kilometers of the course.

I arrived back at the start finish area at 32.8 miles in 5:30:16. There was a lot of energy at the aid station and I refueled and topped off my tailwind. I chatted with some 100-mile racers who had already completed the ten-mile loop I was about to tackle and they described it as quite difficult.

The trail tightly switchbacked up twisty mountain bike trails and it was difficult keep churning the legs. The temperatures continued to soar and my stomach was taking a turn for the worse. I choked down my last gel and tried to drink tailwind but my stomach could not handle any more sugar. After weaving around an endless maze of trail, I reached a highpoint, which had an old stone shack and excellent views to the northeast (36.3 6:24:08). Most importantly there was cold water in the shack and I took a few minutes to gulp up some pure water.

My body seemed to crave the simplicity of water without any additives. I picked up the pace for a few miles but I continued to drink the tailwind water and eventually became nauseated again. I became discouraged again when my watch turned over 40 miles (7:13:13) and the trail continued north of the start/finish aid station. Around this time the weather turned from hot and sunny to somewhat cool and drizzly. Once I reached the Tweed River, the skies opened up and a deluge of water engulfed the area.

The trails turned to streams and I became completely soaked from the rain. I reached the start/finish area in 43.4 miles in 7:56:10. I questioned my ability to complete the final loop, I had not been eating or drinking for over an hour and I was in a bad place. I almost hoped the race would be called due to the rumbling thunder and flashes of lightning that began to accompany the downpour.

However, I collected myself, refilled my hydration bladder with pure water and started the slow jog up to the lookout shack. As I ascended the thunder grew louder and the flashes of lightning appeared to be right in front of my face. Instead of fearing my chasers, I began to fear for my safety in the thunderstorm. I was relieved to push beyond the highpoint on the loop again (46.9 8:55:10), but the thunder and lightning persisted for the remainder of the race. I passed 2 50-mile runners on their first loop and was excited to see another person on the trail. Unfortunately, our paces did not match and I pushed past.

I slowly trudged out the final miles descending to the Tweed River questioning how it had taken me so long to cover the distance. Even in my worst 50 mile races I managed to finish in 8.5 hours, however, I knew I was on pace for my slowest. My negative thoughts were momentarily lifted when I spotted a bright neon orange Eastern Newt known as an eft. After the Newt there was only about 3 miles to go so I began to see a glimmer of hope that I may hold on to win the race.

Then after 53.78 miles I stopped the clock at 10:23:28. I chatted with Tyler, a race organizer and course marker and then quickly got in the car before my legs protested. In reflecting on the race I believe that due to the significant amount of bushwhacking, rocky trail surface, boggy soil, and punchy climbs that it may have been one of the more strenuous courses I have run. In addition to terrain difficulties, the weather conditions added another level of complexity. The heat in the early stages of the race really sapped my energy and the thunderstorms in the latter portion of the race tested my mental resolve. Overall I would say that this trail ultra ticked all the boxes for an excellent event.

As always Strive delivered on data collection and Zach Shelly put together a quality chart that paints an interesting picture of my muscle activation throughout the race. Throughout the race my quadriceps were most active at 43%, followed by my hamstrings at 38%, and glutes at 19%. The muscle activation seemed to fit perfectly with the course topography, with quadriceps being most active on the descents and glutes most active on the ascents.