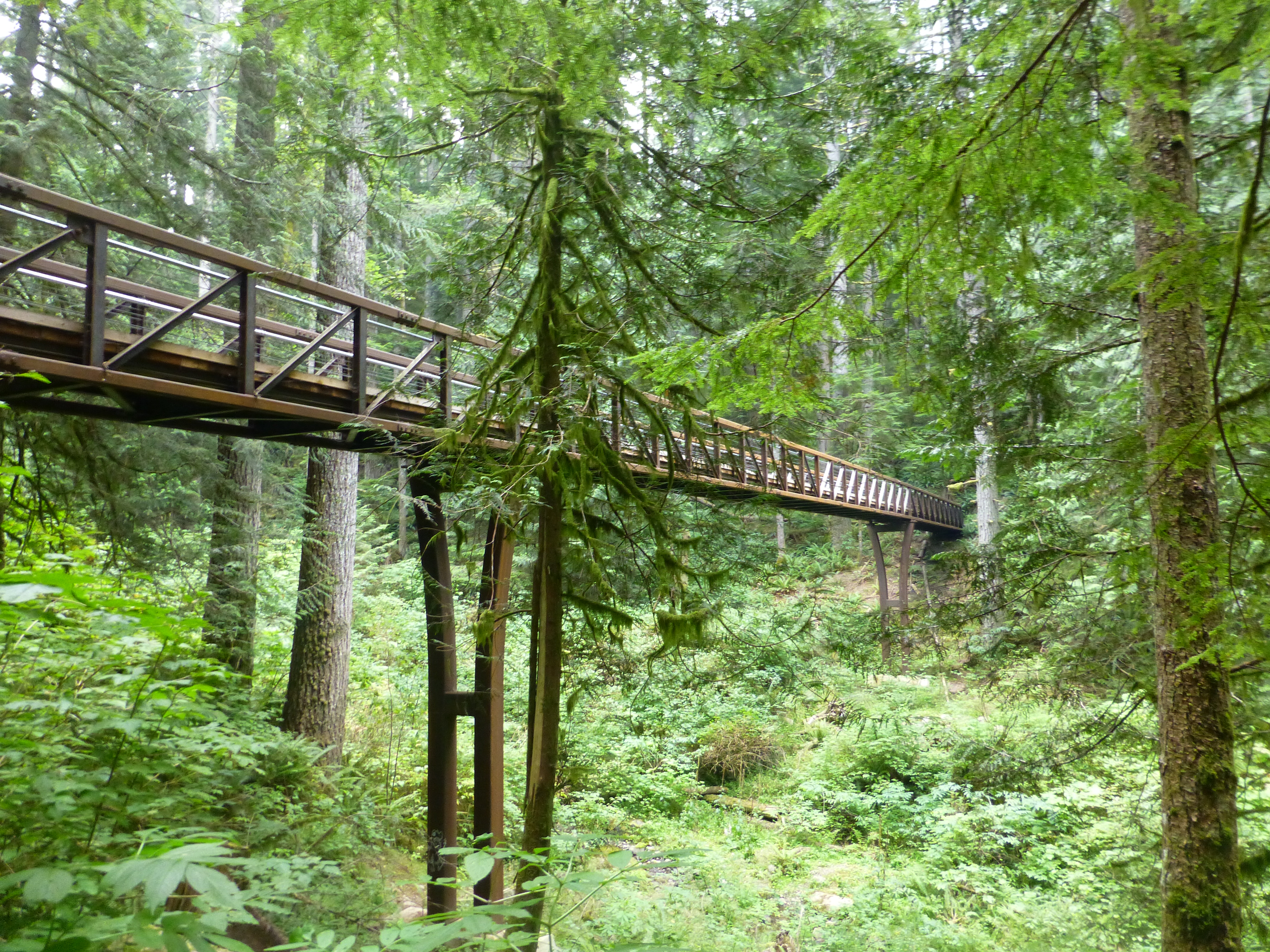 Only one week removed from the Olympic Coast Traverse with Abram, I decided to run the Tiger Peak Challenge 50 K (a new race which included a short 5 mile loop followed by repeated 13 mile loops traversing west tiger ridge). I was feeling surprisingly fresh and it was a nice and easy 3/4 mile jog from my house to the start/finish area. It was an overcast morning and temperatures were in the low 60s. A few dozen marathoners and 50 K runners toed the line and we were off at 7AM.

The first part of the course was a familiar loop. The route started up the high school trail hill and then turned left onto the flat power line trail. The wide trail along the power lines gave way to narrow trails that weaved through second growth forest which included the bus trail, swamp trail, and rocky brink trail. A descent of the sunset hill and loop back to the start/finish concluded the easy part of the course, where I clicked off a 33:40 split for the first 5 mile stretch.

Even though I knew that the 6:44 pace was unsustainable for the duration of the race, I knew the first five miles would be the easiest trail of the day and I had to capitalize on the only speedy section. Moreover, that pace felt very comfortable and did not put me through any stress. After passing through the start/finish area I began the second loop much the same way as the first loop, but instead of making a left onto the power lines trail, I continued straight up the Poo Poo Point trail.

The Poo Poo Point trail was another familiar section and I wanted to keep the pace honest but not so fast that I could not keep an even split of the two loops. Upon reaching the three way junction with the TMT, the course markers indicated a left turn. The trail mellowed out a little but trended upward along a much more overgrown trail. At this point I began to pass some marathon traffic which subconsciously increased my pace.

The right turn onto Seattle View trail was one of my favorite short stretches of the course because it was a trail that I had never ran before. It was quite steep and overgrown as it squeezed between salal bushes. The Seattle View trail popped out at the top of West Tiger II and from there I cruised down the forest road to the saddle of West Tiger I where there was an aid station at mile 10 (1:35:00 and 1:01:20 from start/fnish). From the aid station, the short steep climb to the hikers hut at West Tiger provided beautiful views of Mount Rainier to the south. I power hiked this little climb and was feeling very fresh and ready to tackle the latter half of the second loop.

The route continued along the Bypass trail to the Preston Trail and eventually linked up with the TMT as the trail dropped sharply in elevation. After a short ascent to the K3 Trail through some overgrown pathways, the overall trajectory was once again downward. After a half mile on the K3, the route rejoined the TMT and meandered through the forest to the Highpoint aid station at mile 15 (2:20:00, 0:45:00 from mile 10, and 1:46:20 from start/finish). The route back to the start/finish followed the same path as the latter half of the 5 mile loop and I reached the start/finish area at mile 18 in 2:41:00 (0:21:00 from mile 15). This meant that I ran the first 13 mile loop in about 2:07:20.

I still felt pretty good. The temperatures were rising and I found that I was consuming more water, but I was still happy with my choice to use my handheld instead of the hydration pack. My ascent of the Poo Poo Point trail was a little slower than my first and I arrived at the West Tiger Aid Station at mile 23 in 3:49:30 (1:08:30 from the start/finish or 7 minutes slower than the first loop). This aid station location was quite pleasant, nestled back in a forested valley between Tiger II and I. I grabbed another gel and then continued on to the summit of West Tiger I.

My pace started to slow on the downhill sections of Preston, K3, and TMT even though the terrain was well suited to running. The dense vegetation and canopy seemed to keep the ambient air a little cooler, but it felt somewhat humid. Even though my energy level was waning, the northeast side of the West Tiger ridge always provides a stunning mosaic of greens, making the miles enjoyable.

I reached the final aid station at mile 28 in about 4:43:15 (53:45 from mile 23 and 2:02:15 from start/finish) and at that point I knew that I would likely not meet my goal of breaking 5 hours. The sun was burning through the clouds and making the open spaces on the course quite warm, but I was nearly finished and not concerned with the effects of the heat. I tried my best to cover the next three miles as quickly as possible and ended up finishing with a time of 5:03:38 (20:23 from mile 28).

I really enjoyed running a race on my home turf and even though I thought I had seen every trail in the park, the race introduced me to a new one. The route was inventive and interesting – I am partial to races that have summits worked in. Additionally, I thought the aid stations were reasonably spaced and well stocked. I appreciate all the race volunteers and spirited environment they created. I hope to race this one again, and better my second lap in order to break 5 hours.