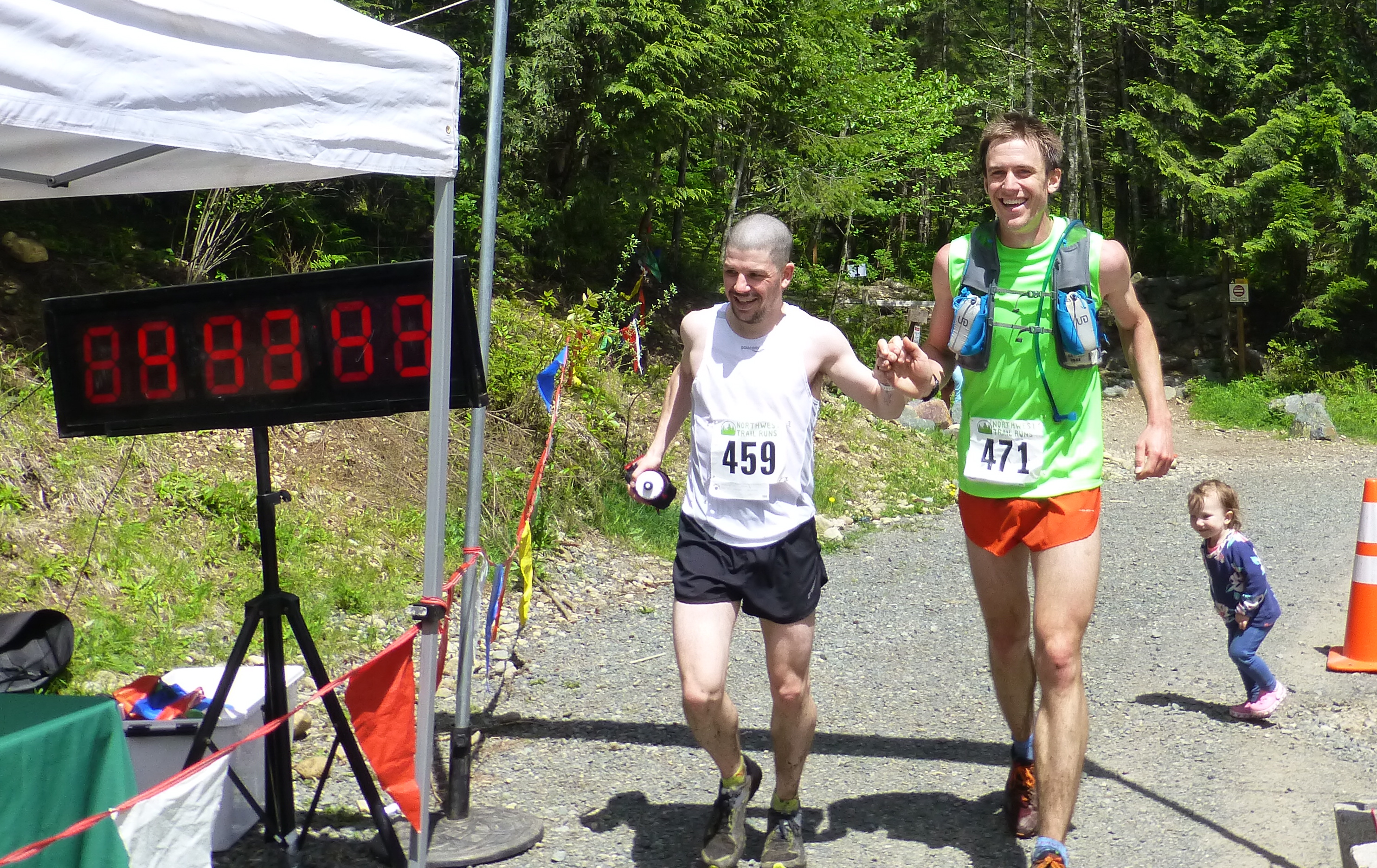 May and June will be down months to rest up from a difficult spring of racing… This was my thought back in the latter part of 2016 when I put my name in the hat for the Chuckanut 50K and the Lake Sonoma 50 miler. However, after a Golden Ticket acquisition, my plans changed. Suddenly May and June would include my most trying weeks of the year. My mind and body was expecting a break, but instead got an upward jolt in intensity and volume.

I knew after Sonoma that in order to prepare for Western States that I would have to start hitting bigger mileage weeks toward the end of May and beginning of June. However, with weekend after weekend of long runs my motivation was running thin. I decided to do one last race in preparation for Western States in order to run some semi-fast long run miles. It took some time and debate as to which race to run.

On one of our training runs through Cougar Mountain, my friend Michael Havrda suggested entering the Tiger Mountain 50K. Tiger Mountain was perfect in theory, but I was concerned whether I would be ready for another race and whether I would have my trail work completed for the Western States service requirement. Like most intermediate race decisions for me, I decided to sign up on the week of the race. The wheels were set in motion and Michael and I hatched a plan to run the race together for as much of it as possible.

Michael and I both had other focal races, so we did not want to race Tiger Mountain too hard, but we had aspirations of bettering the course record. Fortunately Michael had done his homework in regards to the course and had very clear splits laid out on race day. Additionally, two weeks prior to the race we did a 25 mile training run that previewed most of the course, so I felt prepared.

The race started from a trailhead near highway 18, south and east of the sections of Tiger Mountain park that Apryle and I ran during the winter.

The first part of the course ascended some well manicured mountain biking switchbacks to the first aid station at 6.4 km. According to estimated times scribbled onto Michael’s arm with a sharpie, we were about 2 minutes under our projection. I grabbed a few gels and we were off again. After a short stretch on forest service road, we entered back onto a fast rolling section of trail which descended long switchbacks to the 12.8 km aid station. Michael refilled his handheld and we continued back to the start/finish at a solid clip, arriving about 5 minutes faster than projected.

We were greeted with cheering from Apryle, and Michael’s wife Shannon and daughter Lily before beginning the gradual ascent up the forest service road to the next loop of the course. Shortly after cresting the hill, we arrived at aid station number 4 at 24.6km into the race and I refilled my camelback. This was where the most difficult portion of running began. We entered onto a narrow single track trail, strewn with downed trees, limbs, and debris. The grade also began to pitch up much more steeply as we headed toward the West Tiger Peaks.

Around this time Michael began to experience some quad issues and both of us were assessing priorities. We wanted to run smart, limit our losses in terms of time and exert only as much as necessary. The steep winding trails on the back half of the course seemed to be endless and this was also a section that I was not as familiar with. Aid Station 5 at 31.2km was uneventful, and we happily came through at our projected time. We pressed on through 9.2 more kilometers of beautiful forest and single track that went unappreciated by my tired body. We lost about 9 minutes to our target and decided to try to pick up the pace on the more runnable sections.

I recall running through a warmer and more exposed section of course here, presumably due to logging in the area. Although it was not very hot relatively speaking (70 degrees), compared to the previous 8 months it was sweltering. As sweat threatened to erase our projected times from Michael’s arm, we arrived at lucky number 7, about 11 minutes off (behind?) the pace and pressed on to the finish with less than 3km to go. We breathed a sigh of relief that there appeared to be no chasers that could spoil our first place tie. I nearly slipped in the loose rock around the final turn – not more than 10 yards from the finish! – but recovered to cross the finish hand in hand with Michael. A great reward for a well planned, and well run 50 kilometer race. Thanks as always to the many great race volunteers, Northwest Trail Runs for putting on a top-notch event, and Apryle for being there to cheer me on!