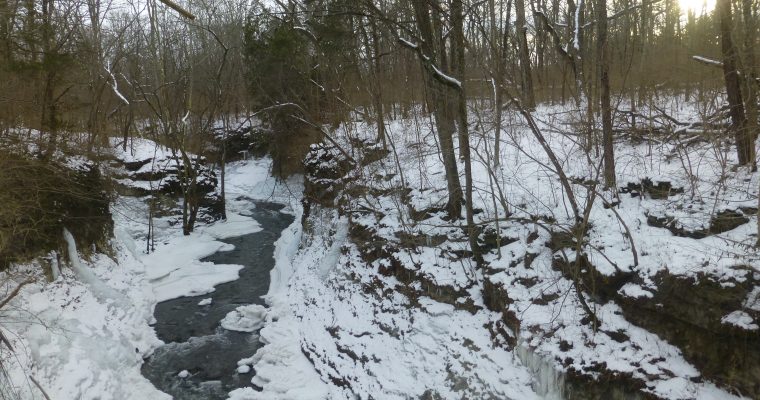 Near the start of 2018 I made a trip down to Yellow Springs Ohio to visit my friend Jay Smithberger. Jay and I first met at the 2012 Leadville 100, when we were in rough condition at the Fish Hatchery Aid Station. At any rate …

Following the Leadville 100 and my month long stay in the small mountain town of Colorado I returned to Ohio and used the following months to plot out my future. I took the GRE for graduate school, ran a few races, traveled with friends and continued to work at Moyet’s Farm Market. Most importantly I landed an internship at Rocky Mountain National Park, which would change the course of my life forever.

This was just a fun-run styled race prior to a high school varsity race. It was fun to reminisce and get in some miles with some old teammates and competitors. The course was at HP Eells Park in Bettsville Ohio and was the same route as all my high school MAL meets.

Interestingly enough I was terribly sick about 5 hours before leaving for the race. I had to get a ride home from work early and I was questioning whether or not I would be able to run. However, I awoke at 3am and was feeling okay so I picked up one of my best friends Zach “Goose” Gase and we headed for Hocking Hills. Goose made an eclectic playlist for the journey and upon arriving he signed up for the 10K and I checked in for my 60K.

The weather was ideal, a little cool in the morning with a slight haze in the air. The coarse was muddy and a little difficult to get firm foot plants. However, it was still a very fast course, only one rather lengthy hill and a few rolling hills and tight corners on single-track trails. Felt solid throughout, came through the first 12.6 in around an hour and a half, 25.2 in around three hours fifteen minutes. I slowed into the last loop, and faded out toward the end. Nick Hanson passed me near the start of the third loop and I momentarily passed the second place runner with about 3 miles remaining but was passed back shortly there after. Movement was difficult after this race but not nearly as bad as Leadville.

This was a great weekend event; once again Goose and I hit the road from Tiffin to Mackinaw City. Along the way we stopped at Tony’s I-75 Restaurant and met up with the group of friends we would also be running the race with. The race also marked the official start of the cross fit games, which I agreed to compete in despite my very limited lifting in the past couple of months. We checked in early in the morning and a bus took us to the Upper Peninsula where we would be starting the race. Much to my dismay, it was a staggered start; therefore I was unable to actually race the two people that beat me. Normally I would not write this but, I feel the outcome would have been different had I actually been able to race my competitors.

Regardless, the race was a lot of fun; I had a strong tail wind and an amazing view of Lake Michigan and Huron. There was a nip in the air and was about 36 degrees but it felt pretty good. After the race I waited for my friends to come across, Goose had a great race considering he only recently started running again. It was great to be able to train with him throughout the fall and I was amazed with his vast improvements in running. Additionally, Kyle Smathers, Austin Mass and his wife Rachele, along with several others had strong finishes. Our group from Tiffin cleaned house in the overall finishes. Post race involved a polar bear jump in Lake Huron, hot tub, and some fireworks over the lake.

Turkey Trot 5 miler and Run Like the Dickens 5 kilometer

This were both local events, the Turkey Trot was unofficial but I basically ran with a cross country runner from Akron University for the whole thing and we came in together. I was pretty happy with my time considering I had done zero speed work and was not really digging that deep into the well.

Run Like the Dickens is a 5-kilometer race that has been going on in Tiffin for about 20 years. It takes a scenic route along the Sandusky River and it has been one of my favorite winter races to do since high school. Nick Fabrizio does a great job of putting together this race and making it an entertaining event. Nick, along with Stu Behm were my greatest mentors for the Leadville 100. I received invaluable advice about the course and the race from them both.

In addition to my racing adventures, Goose and I also went on a trip to southern Ohio to explore some of the sights we learned about in 4th grade Ohio history class. We stopped a the Great Serpent Mound which was an 411 meter long 1 meter high prehistoric effigy mound. We also stopped at Leo Petroglyphs which contain 37 animal images on a 65 foot high sandstone cliff that were etched around 1000 to 1650 AD. And no Ohio history trip is complete without a stop at the states former capital – Chillicothe. This concluded my Ohio road trips for the year, but certainly left me wishing that I had done more while I lived there for the last 22 years.

This was a great way to start off the New Year, my newfound friend from Leadville, Jay Smithberger and his wife Shelly hosts this event at their home in Granville. It is not an official race but more of a get-together with 30 miles mixed in. This was easily my favorite course of the winter, about 4-5 inches of snow on the ground and some secluded wooded trails. Although more of a fun-run, I feel it got a bit of a serious tone in the last 8 to 10 miles. I tried my best to hang in the front through the trails and then put in my kick on the hilly road section. The race went well and I was able to win the coveted chicken hat.

I moved to Estes Park, Colorado on January 6th of 2013 after I obtained a position as greenhouse intern for Rocky Mountain National Park. I continued training and decided to run these two local races after seeing them advertised around town. The course was somewhat hilly and very windy, but the weather was unseasonably warm with no snow in sight. I feel that the altitude does not affect my running at all, but it certainly affects my racing. These two races were easily the slowest times in those distances I have ever ran. Considering the 5K was 5 minutes off my PR and the 10K was 10 minutes off my PR. Either way it was a good time and a good measuring stick that I was not where I should be in terms of training.