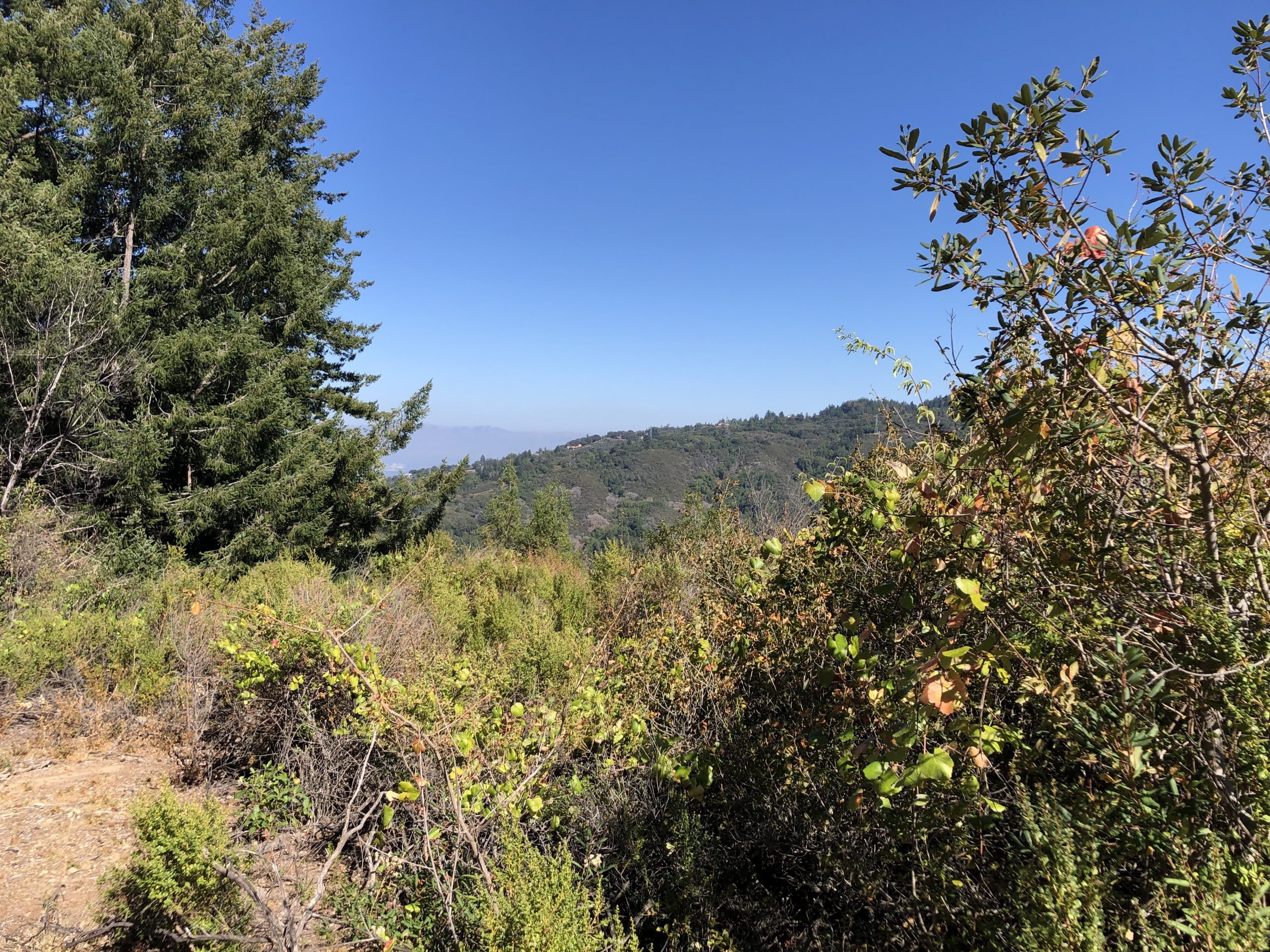 I arrived at the Sanborn County Park in the early morning on Saturday October 1st for the Spartan trail series 50 kilometer race. I was greeted by a couple of Black-tailed Deer at the entrance and they did not seem the slightest bit concerned about the line of cars or blaring music from the hill above them. Sanborn County Park is a forested 3,453 acre park located in the Santa Cruz Mountains. The course traverses a large portion of the Sanborn County Park and features two out and backs with a loop formed near the start/finish area.

Sanborn County Park is the 7th largest park in Santa Clara County and is steeped in history, from the Ohlone Tribe to 1850s homesteaders to its eventual designation as a park in 1977. One the most unique features of the park is the San Andreas Fault, which makes a diagonal cut through the park from Lyndon Canyon, past Lake Ranch, and over to the Sanborn Road. The 1906 earthquake had such power that it almost emptied Lake Ranch and changed the course of several creeks. The plant communities in the park thrive due to the coastal summer fog and north facing slopes. The forest is mainly mixed evergreen (oak, madrone, Douglas fir, tanoak, and Redwood) with an understory of toyan, ceanothus, and manzanita.

As the sun rose we toed the line for the 7:00AM start. The route quickly transitioned from a paved slight downhill past a pond and historic buildings, to a steep dirt trail. The opening climb ascended 1602 feet, starting at 1332 feet and topping out at 2934 feet in 3.4 miles. At the lower reaches of the climb the trail passed by Redwoods and then transitioned to Oak and Madrone dominated forest. However, upon entering the Todd Creek drainage the Redwoods reemerged and the dense canopy significantly reduced the lighting. Shortly before the first aid station a mile 3.1 (33:14), the trail transitioned from Sanborn to Skyline. Because I had enough fuel and water, I ran through the aid station.

The Skyline trail took a gradual dive down and featured several dozen twisting switchbacks and offered some excellent views of the mountains to the northwest. The Skyline trail transitioned into the John Nicholas trail and continued down to Lake Ranch Reservoir. Prior to reaching the bottom of the canyon and the reservoir the trail made a few creek crossings over wooden bridges. I blew through the second aid station as well at mile 6.6 (58:05). The trail continued past the reservoir and then up the John Nicholas trail to the turn around point and third aid station at mile 7.7 (1:05:5).

The weather was excellent for the first outbound portion of the race, sunny with temperatures climbing from low 60s to upper 60s. As I made my inbound journey, I passed my closest chaser along Lake Ranch (maybe 14 minutes back). I passed through the aid station again at mile 8.9 (1:13:44) and started the climb back out of the canyon along John Nicholas trail. The climb out of the canyon was about 1186 vertical feet starting from 1748 feet and ending at the Skyline at 2934 feet. The climb was runnable due to the gradual grade but I was sure keep the pace relaxed. Again I ran through the Skyline aid station at mile 12.3 (1:46:42). There was quite a bit of trail traffic with the 21 kilometer and 10 kilometer runners, which slowed my pace a little.

I began the steep (1602 feet) descent back to the start finish area, dropping from 2934 feet to 1332 feet. There was a slight variation from the outbound trail, the course took the Madrone trail and the San Andreas trail and eventually linked back up with the Peterson Memorial trail. This created a loop nearing the start finish area, which I reached in 2:13:47 (mile 15.5). I was optimistic to break 5 hours even if the wheels really fell off in the second out and back.

Unfortunately my strong climbing legs from the first loop vanished and my legs were feeling unusually fatigued for this point in a race. Perhaps it was due to the fact that I had only given my legs 2 weeks to recover from Teanaway 100 miler. At any rate I was forced to hike a little up the steep climb and did not reach the Skyline aid station (mile 18.6) until 2:55:24, meaning I climbed that section 8:23 slower than my first outbound trip. I finally made an aid station stop and refilled my hydration bladder (meaning I consumed about 1.5 liters) and gathered some ice to put in my hat.

I could feel the temperatures climbing into the 70s as I descended to the base of the canyon. There were many more mountain bikers on the trail in my second lap, which added another challenge to keeping a consistent pace. The John Nicholas trail is mostly smooth with a few rocky sections, but lends itself to a quick pace. I reached the Lake Ranch aid station in 3:24:59 (mile 21.9) or about 14 minutes off the overall pace of the first lap. I continued up to the turn around aid station (mile 23, 3:34:05) and grabbed some electrolyte chews, ice for my hat, and some ginger ale.

I ran through Lake Ranch aid station one final time (24.3, 3:44:01) and was surprised that I did not see anyone chasing. I was ready to climb, though I knew I would be unable to match my pace from the first lap. I realized that I could really benefit from trekking poles so I grabbed a few fallen branches and fashioned my own makeshift poles, which I used to pick up the pace for a mile or two. As I made my way back up the canyon I passed my nearest competitors and a I little more confident with the gap I had created.

After about 1200 feet of climbing I reached the Skyline aid station in 4:30:39, meaning that my second climb took me 46:38 or about 14 minutes slower than my first lap. I was disappointed with how much time I hemorrhaged on the climbs, but I had to put that behind me and focus on closing out the race. I took a little over a minute at the aid station to fill my hat with ice, down some water and soda, and clean out my pack before the descent. The descent felt a little sluggish, but I managed to keep the time within 7 minutes of my first lap on my way into the finish. The grade on the Madrone trail was a little too steep for me to fully utilize gravity to my advantage and my quadriceps were working overtime for the eccentric control.

slower than my first lap. The finish area had the most energy I had ever seen in a trail race, music blaring, excellent race announcer, and very supportive group of volunteers. Overall it was an excellent experience, the course was beautiful and challenging and there was an excellent post race atmosphere. Thanks to Nic and the Strive team for all of their support, thanks to the race director Luis, and thanks to all of the volunteers on course and in the finish area!