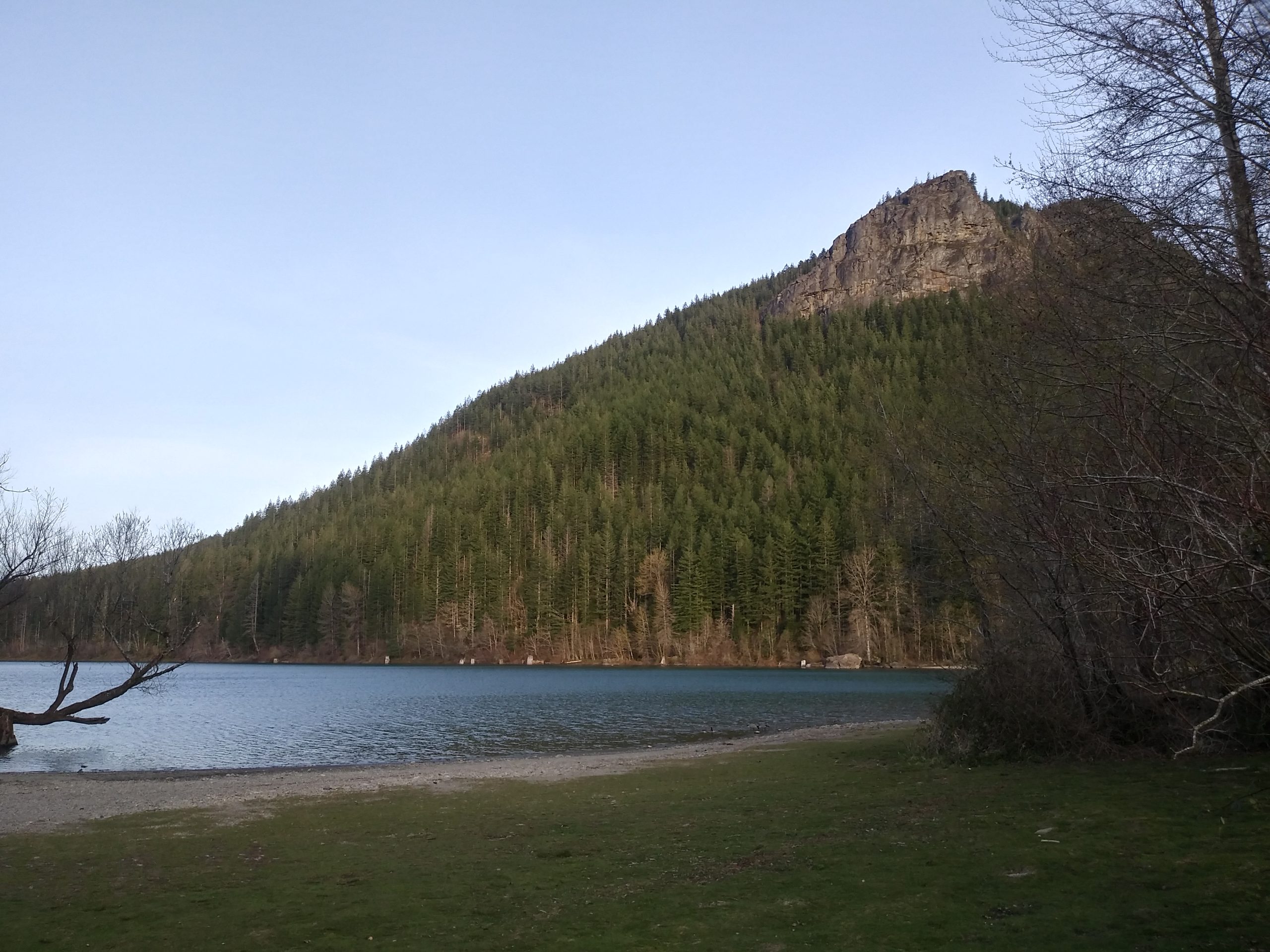 In the build for a hundred-miler that I had signed up for in late April, I decided to put in a 40+ mile long run, but I wanted it to be on an inspiring route. Therefore, I went to strava maps and put together an interesting point to point that linked Rattlesnake Lake in North Bend with Lake Washington in Newcastle. However, I wanted the route to be as difficult as possible, therefore I was sure to cross over as many summits as possible en route.

I could not have picked a better day to complete the Rattlesnake Lake to Lake Washington Traverse. The conditions were ideal, with temperatures in the morning in the low fifties under cloudy skies. Then by the afternoon the temperatures increased to low sixties and the skies were sunny.

I started the run from the shores of Rattlesnake Lake with Jayson Hefner. We started up to Rattlesnake Ledge at a tempo-like pace covering the steep first miles in less than a half hour. The trail surface was mostly dry soil but nearing the higher reaches of the ridgeline there was a few inches of snow. We traversed Rattlesnake ridge in about 1:36. Then we continued down the hill towards the Raging River crossing.

Because I had only crossed raging river three or four times previously, I had to consult the map a few times to be sure we were headed in the right direction. The river was about knee deep and took a little effort to safely cross because the current wanted to take me down stream. We entered Tiger Mountain (11.7) in 2:22 and then began the climb to East Tiger Peak. I accidently took a series of trails that added about two miles to the overall route, but we still reached the summit (19.1) in 3:51. We descended to Tiger Mountain Road and made quick work of the gap between the West Tiger I climb.

We traversed the bare ridgeline of West Tiger (23.2) in 4:49:19 and after tagging Tiger I, II, and III, we descended Section Line to the Highschool trailhead. Upon reaching the trailhead, Apryle had food waiting and Jayson called it a day for his portion of the traverse. Things were heating up in the Issaquah Valley as I started my forth of five significant climbs. I ran through the Sycamore neighborhood en route to the East Ridge. I summited Central Squak Peak and West Squak Peak (30.4 6:47:04) and then descended the Margarets Way trail (33.6) 7:24:13.

I was fading on the Margarets Way descent and was nearly out of water and food again. Fortunately Apryle planned to meet me at Redtown trailhead on the other side of Cougar Mountain. So once I reached SR 900 I bridged the gap to Wilderness Peak trailhead and ascended the cliffs up to Wilderness Peak (35.6 8:01:29). I descended the new trail (that I help build on a WTA work party) and took the shortest route to Redtown trailhead where Apryle had a salty and buttery bagel waiting (38.5 8:33:04). I downed the bagel, filled my water and continued onto the easiest part of the route – Coal Creek trail.

I followed the windy Coal Creek trail through the steep wooded ravines that surrounds it to its terminus at I405 (42.5 9:24:06). Apryle met me fairly close to this intersection and paced me down to Newcastle Beach where I stopped the clock when I felt the cool waters of Lake Washington. I finished the 43.62 mile run 9:34:36. Overall I feel that this run served a great dual purpose of an inspiring traverse and quality long run prior to the hundred-mile race on my schedule. Thank you to Apryle for crewing me along the way and pacing the last miles. Also thank you to Jayson for accompanying me well over half the distance!