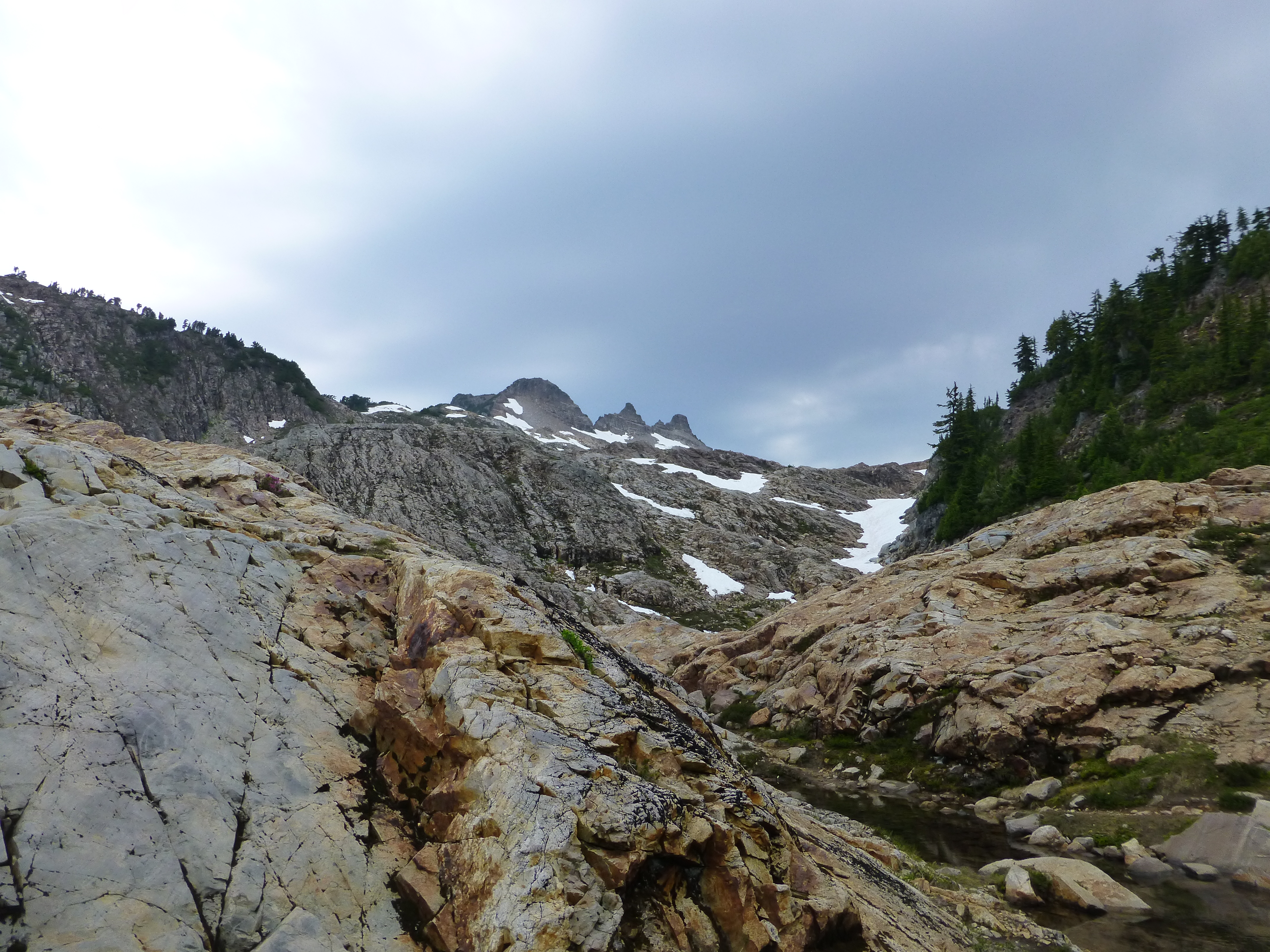 Perry Creek Out & Back

We started this hike mid morning with clear sunny skies and enjoyed a mild start to this trail as we gradually ascended through the firs. The views opened up as we made the 90 degree turn to follow Perry Creek. We skirted the top of the gorge and upon reaching Perry Creek Falls we began a switchbacking ascent out of the tree line. From this arbitrary highpoint we wondered around a little capturing all the views that this vantage point had to offer. We made our descent back to the RV and I took a little rest before setting out on the second run of the day.

Mount Dickerman Out & Back

I started the run up to Mount Dickerman in the late afternoon and made quick work of the summit. The trail consisted of several dozen tight switchbacks through dense tree cover, before reaching upland meadows with stair stepping trail. The upland meadows gave way to low growing shrubs near the peak and I spent a few minutes snapping panoramics before returning to the RV as the sun was setting. Overall it was a banner day with about 19 miles and 11000 vertical feet from a single parking lot on the Mountain Loop Highway.

Gothic Basin Out & Back

The evening brought in a storm and the the rain drenched the surrounding forest and provided us with some evening music on the roof of the RV. We slept in and then drove the RV down to the end of the paved section of the highway. From here we began our run to Gothic Basin, and the weather was much less pleasant. The air was damp and cool and the sun that was so prominent the day before was obscured by heavy rain clouds. Our path began on a gravel forest road paralleling the South Fork of the Sauk River before cutting into the forest following Weden Creek.

After about two miles of flat running, the trail pitches upward and begins ascending. The trail breaks free of the forest and passes over three unique waterfalls before reaching Gothic Basin. The falls are a nice addition to a trail that we expected to be mostly about the destination. Gothic Basin was a stunning sight, paled only by the Upper Enchantments for natural granite sculpting. We spent several miles exploring within the basin, following streams as they ended abruptly, cascading off a cliff faces. After soaking in our dramatic surroundings and picking up all the garage (left by inconsiderate campers) that we could carry, we descended just as the rain started to spit from the sky. We made it back to the RV and set out for home, reflecting on our weekend of adventure.