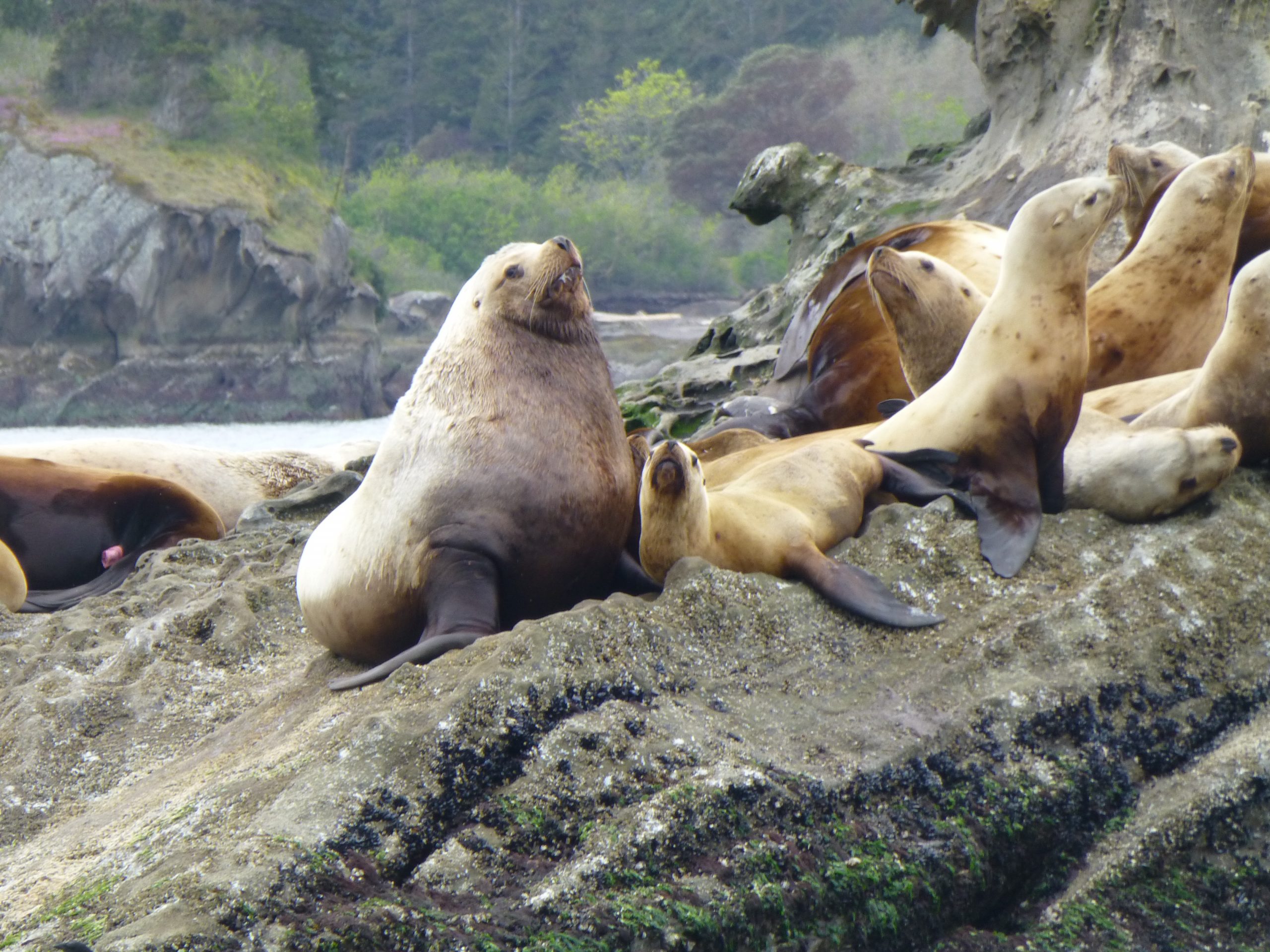 In previous posts I have highlighted the deer family, reptiles, amphibians, and my favorite plants of the Issy Alps. In this post I will highlight the extensive list of mammals in the state of Washington. There are a total of 141 different species of mammals in the state. Out of these 141, 9 are introduced, 27 are marine, and 15 are flying.

This order includes only one species in the state, the Common Opossum (Didelphis virginiana). This is a marsupial that is native to eastern North America, but was introduced west of the Cascades.

I belong to this order.

This order contains 50 of the 141 mammals in the state. Rodents are characterized by a single pair of continuously growing incisors.

This is the squirrel family and contains 20 species in the state of Washington.

This family makes up the two extant species of beaver, which are medium-sized semiaquatic mammals.

This family includes several different rats and mice that have large, furlined cheek pouches and feed mostly on seeds and other plant parts.

This family is fossorial and therefore, has bodies adapted for digging and living in burrows.

This family is one of the largest and most diverse families of mammals. Most have a mouse or rat-like appearance with small, elongated bodies, long tails, large eyes and prominent ears and whiskers.

This order contains eight species in the state of Washington and is characterized by short tails, folds of skin on the lips, and a rodent-like pair of incisors.

There are two families:

Ochotonidae is the pika family, which includes one extant genus with 30 species. They are small in size, have small, rounded ears, concealed tails, and two molars.

Leporidae is a family that consists of rabbits and hares. Their elongated ears characterize them. They also have elongated hind limbs and feet.

This order contains Shrews and Moles. They are fossorial and create intricate tunnel networks.

There are two families:

Soricidae is the shrew family, which have long, slim rostrum, small eyes, and short ear pinnae. They have a high metabolism and therefore, must eat almost constantly. They prey on both terrestrial and aquatic invertebrates.

Talpidae family consists of moles and desmans. They have a flattened skull and narrow rostrum. They are adapted for a life underground and also have a voracious appetite.

This order includes bats and it is the second most speciose group of mammals. This order of mammals has true wings and is the only mammal that can fly.

This order contains mammals that are primarily carnivorous. However, some are omnivorous and some other orders contain carnivores. Typically members of this order have a carnassial pair or an enlarged fourth upper premolar and first lower molar.

Felidae is the cat family and they are typically skilled climbers and swimmers. They are often solitary, and are potentially the most specialized of all hunters.

Canidae is the dog family and they are typically omnivorous. As a family they are built for endurance and catch prey over long distance hunts. They have a keen sense of smell and sharp sense of hearing.

Otariidae is a family that contains fur seals and sea lions. They hunt in the water but also spend time on land for breeding and birthing.

Phocidae is the seal family. They are distributed along coastlines both north of 30 degrees north latitude and south of 50 degrees south latitude. They have streamlined bodies and lack an inner ear.

Mustelidae is the largest family within the order Carnivora. It contains badgers, otters, weasels and relatives. They have elongate bodies with short legs and a short rostrum.

Mephitidae family includes skunks and stink badgers. They are evident based on their coloration the noxious odor they produce to deter predators.

This is the largest and most diverse order of terrestrial mammals. All members are even-toed and paraxonic. They are generally herbivorous and possess horns, antlers, or tusks.

Cervidae is a family of even-toed ungulates or hoofed animals. Even-toed hoofed animals bear equal weight on an even number of toes. Additionally, even-toed ungulates use multiple stomach chambers (as opposed to intestines) to digest plant materials. Infraorder Pecora consists specifically of even-toed ungulates that utilize ruminant digestion. Rumination is the two-step process of food digestion that consists of chewing and swallowing plant material and then regurgitating the semidigested cud in order to rechew it and extract additional nutrients. Most of the species in this infraorder also have projecting appendages from their frontal bones.

Antilocapridae is a family containing just one genus and one species endemic to North America. Their closest extant relatives are the giraffids with which they comprise the superfamily Giraffoidea. Only one species, the pronghorn, is living today; all other members of the family are extinct.

Bovidae is a family of cloven-hoofed, ruminant mammals. Their common characteristic is their unbranched, non-deciduous horns.

This order consists of aquatic mammals such as dolphins, porpoises, and whales. They are exclusively carnivorous and breathe while moving through the water and spend only a short time at the surface, where they exhale in an explosive ventilation called a blow. The blow is expelled forcibly and can be compared to a cough. Cetaceans use up to 80 percent of their lung volume in a single breath.

Mysticeti is a suborder known as Baleen Whales, which consist of 16 species of carnivorous marine mammals.

Balaenidae is a family of large whales with a distinguishing feature of narrow, arched upper jaw, which gives the animal a deeply curved jaw line. The family contains Right Whales and Bowhead Whales.

Balaenopteridae is a family of whales with two genus, considered rorqual, which means they can expand their mouth to gulp down food.

Eschrichtidae is a family of whales consisting of only one species: Gray Whale.

Odontoceti is a suborder known as Toothed Whales.

Delphinidae is a family that consists of dolphins, killer whales, and pilot whales. The family consists of 32 species placed in 17 genera, this is by far the largest family of cetaceans.

Phocoenidae is the Porpoise family, which have a short jaw and no beak.

Physeteridae is the Sperm Whale family, which contains 2 genera and 3 species, all of which are found in waters surrounding Washington State.

Ziphiidae is a family of beaked whales containing 19 species within 6 genera.