Herps of the Issy Alps Part I: Amphibians 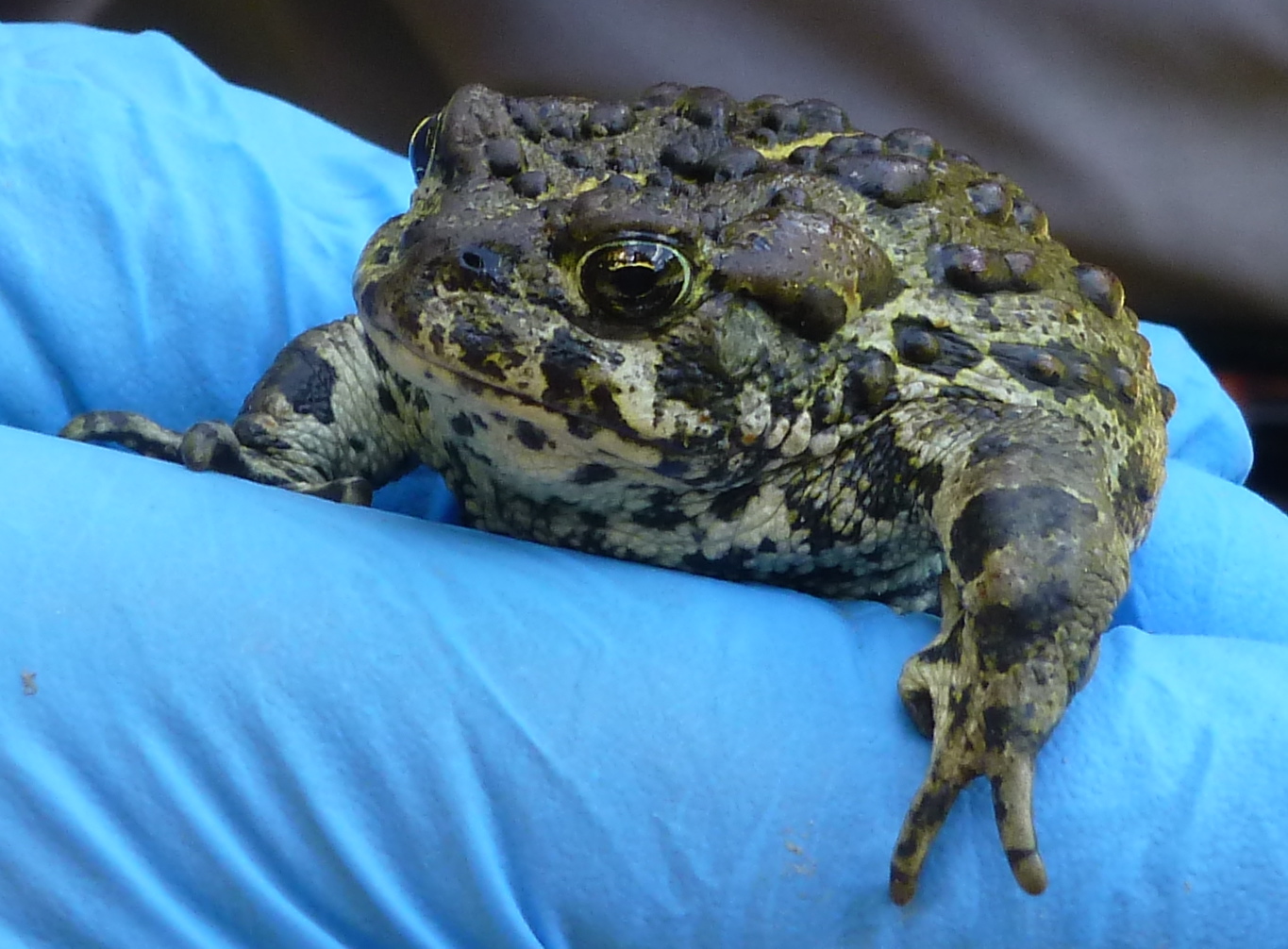 This post is intended to highlight the reptiles and amphibians of my beloved Issy Alps, however, I feel I must first dive into herpetofauna more generally. The study of these two classes is referred to as Herpetology. Herpetology as a term is anomalous because 17th and 18th century biologist could not adequately distinguish amphibians from reptiles; therefore, the two classes of animals were combined into one category of study. And I suppose, as is customary, rather than admit error and correct the issue, humans pressed on with the antiquated terminology, even though amphibians are more similar to fishes and reptiles are more similar to birds.

In order to properly categorize these unique creatures, nomenclature clarification is also required. All amphibians and reptiles belong to Kingdom Animalia, Phylum Chordata, Subphylum Vertebrata, and Superclass Tetrapoda. This is where the two classes split into amphibia and reptilia.

Amphibians are an animal that has a biphasic life with an aquatic larval stage and a terrestrial adult stage. They also develop from an amamniotic embryo that lacks amnio and chorion, which means that there is a need for a moist/wet environment for amphibian eggs. Their skin is thin and vascularized, which makes them susceptible to toxins and requires that they live in moist environments. This is why stream and wetland health is extremely critical. They evolved from fishes during the Devonian Period about 350 million years ago and were at their peak in the Permian Period about 250 million years ago. Only three orders survive today.

Because I am only focusing on amphibians of the Issy Alps, I will not dive too much further into the various families, but only the ones that occur in the Pacific Northwest. Order Gymnophiona only occurs in tropical climates and does not inhabit North America.

Salamanders are tailed amphibians that have carnivorous larvae with true teeth and fully developed limbs. There are 8 families, 59 genera, and about 452 species around the world, but in the United States there are 7/8 families and 27/59 genera. In the Pacific Northwest there are 18 salamander species and the Issy Alps are home to 6 unique species including:

The first caudata that Apryle and I discovered in Washington was the Rough-skinned Newt. This newt belongs to family Salamandridae, which utilize internal fertilization via speratophore and have the most potent skin toxins of all salamanders. We first encountered this creature in a park in Anacortes and then saw another in Capitol Peak State Forest. The newt is the most commonly seen salamander in the PNW because it has dense populations and is diurnal. The eggs and the skin of both the larvae and adults contain a potent toxin. They typically occur in coniferous and hardwood forests.

Our next salamander sighting was the Western Redback Salamander, which we have twice spotted on Squak Mountain. This salamander is one of the most commonly encountered throughout its range. It belongs to the genus Plethodon or Woodland Salamanders, which is in the family Plethodontidae, (lungless salamanders). It lacks climbing adaptations of the feet, and possesses two premaxillae along with toothed maxillae. This particular Plethodon prefers dense coniferous forests. It can occur on talus, or under bark and leaf litter of the forest floor.

Perhaps my most interesting salamander sighting was the Long-toed Salamander, which we spotted in July 17th in large numbers. The Long-toed Salamander belongs to the family Ambystomatidae, which are mole salamnders. These are primitive salamanders that have pond adapted larva and lay eggs in terrestrial depressions. Apryle discovered several dozen walking across the Rainier Trail late in the evening and we were fortunate enough to spend the evening taking some photos and video of these unique creatures. This salamander is the smallest and most common species of the Ambystoma genus in the Northwest. There breeding usually takes place between late February and early April. They can live almost anywhere and lead a subterranean life during hot, dry, or freezing weather.

As of the writing of this post, we have yet to see the Oregon Ensatina, which belongs to the genus Ensatina, which is recognized by the basally constricted tail and lack of tibial spurs. It belongs to the family Plethodontidae, which are the lungless salamanders. The Ensatina is a forest floor animal that is active on the surface during spring and autumn when the ground is damp from rain or snowmelt. However, they typically retreat to leaf litter and decaying logs when weather is drier.

We have also failed to see the Northwestern Salamander, which belongs to family Ambystomatidae, which are mole salamnders. This particular salamander breeds as early as January and as late as August depending on the temperature. They are often found under logs and utilize rodent burrows for wintering.

We have also not had the pleasure of seeing the PNW largest salamander the Pacific Giant Salamander, which belongs to family Ambystomatidae and genus Dicamptodon and are more primitive than salamanders in genus Ambystoma (Northwestern and Long-toed Salamanders). They are stream-adapted salamanders that deposit large white eggs in hidden nest sites and utilize parental care. The Pacific Giant Salamander is likely the heaviest terrestrial salamander on earth. They prefer moist coniferous forests and hide under logs and under stones in streams during the breeding season. They can be seen in open areas at night during wet periods and their breeding season occurs in both spring and autumn.

Frogs and toads are the only amphibians that lack tails and have fully developed limbs in their metamorphosed stage. They typically are aquatic herbivores during their tadpole stage, but some develop directly from eggs laid on land. Some species are even viviparous! Most temperate species mate in the early spring and they have a complex system of songs to attract mates. In the Pacific Northwest, all species mate and spawn in the water except for the unusual Tailed Frog. Once they metamorphose, frogs are carnivorous. This order is most diverse near the equator and least diverse near the poles with about 23 families, 295 genera, and 2800 species worldwide. However in the Pacific Northwest there are only 5 families, 6 genera, and 14 species. In the Issy Alps, there are 4 native species and 1 invasive species including:

Apryle and I have spotted four of the five Anura species in the PNW, with the Western Toad being the most commonly seen in the Issy Alps. The Western Toad belongs to genus Bufonidae or true toads and genus Anaxyrus (formerly Bufo). The family is most diverse in Africa and is distributed throughout much of the world. All Bufonids lack teeth in the upper jaw. They also have rough and warty skin with squat bodies and short legs. Bufo is the only genus of toads in North America. Western Toads are nocturnal during dry weather but forage during the day during rainy or overcast days. Their breeding period takes place between January and July depending on elevation. The average clutch is 12,000 eggs, but the mortality rate is 99%.

The Pacific Chorus Frog or Pacific Tree Frog is the most common and widespread frog in the PNW. It occurs from sea level into the mountains as long as there are breeding waters available. It can lay eggs in almost any amount of water, even if it is only a seasonal pool. They move about on the ground and in low growing shrubs in moist weather. They breed between January and April and eggs are laid in packets of 25. Interestingly enough, the book that I am utilizing as a source was written in 1983 and in 1986 the frog was moved from the genus Hyla to the genus Pseudacris. Though, the Pacific Chorus Frog belongs to genus Pseudacris, it is still within family Hylidae which is most diverse in South America. Hylidae species all contain an extra cartilaginous element called intercalary cartilage between their phalanges. This allows these frogs to climb more effectively. Genus Pseudacris contains seven species, all from North America, which are rarely seen but often heard. I hear these frogs in retention ponds and marshlands and I once caught a glimpse of the frog on the north end of Grand Ridge.

Family Ranidae is the most widespread family and is most diverse in tropical Africa. These frogs are adapted to life in streams, ponds, burrows, and trees and there is only one genus in North America – Rana, or true frogs. In the Issy Alps there are two species from this genus – Northern Red-legged Frog and Cascades Frog. We have not spotted the Northern Red-legged Frog, which inhabits moist forest and riparian zones. They begin breeding as early as late January and deposit egg masses of up to 1100 eggs. However, we have seen the Cascades Frog, which occurs most frequently at marshy edges of ponds and small lakes. They breed from March to June and females deposit masses containing 300 to 500 eggs.

I am sure everyone has spotted the invasive Bullfrog, which is the largest frog in the area and native to Eastern North America. They belong to family Ranidae and genus Rana and were introduced to the PNW in the late 1920s. Bullfrogs breed from late May to early June and the males are highly territorial and will fight other males to defend their turf. Females lay masses of 6000 to 20000 eggs at one spawning. Their generalist diet, skittish nature, and prolific reproductive rates make them a danger for native frogs.

Prior to moving the Pacific Northwest, I have lived in several other places and therefore have seen many other amphibian species than the ones found in the Issy Alps. I have included my photo collection of these amphibians and will describe a few interesting stories about these creatures in the following paragraphs.

In my hometown of Tiffin, I lived near Van Meter Creek and thus found many species of frog, most notably the Green Frog, which would jump off the banks into the water as I passed by. Near the foundation of the house in my parent’s flowerbeds, I located many Eastern American Toads burrowed into the mulch. Behind the window blinds of my parent’s house I located a Gray Tree Frog, which would advertise his presence with a loud distinct call. Most recently on a visit back to Ohio, I discovered a Northern Leopard Frog in a marsh at East Harbor State Park. Less than a week after traveling back to Washington, my father spotted a Tiger Salamander in the yard and sent me some photographs. I was jealous, but glad he was able to see one of the amazing amphibians.

During my time at Rocky Mountain National Park, I briefly worked on the Boreal Toad crew, which required that we hike up to alpine lakes to photograph Boreal Toad bellies (each belly is unique, like a fingerprint). This was one of my favorite memories at the park. I was told that I would probably not see any toads because they were rare, but within seconds of reaching Red Lake, I located a Boreal Toad. We proceeded to find many more then photograph them and document the numbers.

While I was attending PT school in Texas, I spotted an American Green Tree Frog in the wheel well of the Nissan Versa in Columbus, Texas. Apryle and I stumbled upon a Great Plains Toad in the early evening at Pedernales State Park. I also spotted a baby Red-spotted Toad on a rainy day near my school campus.

While Apryle and I were in Costa Rica in 2019, we spotted over 100 bird species but we also were able to identify a Red-eyed Tree Frog, Blue Jeans Poison Dart Frog, and Leaf Litter Toad in the rain forest! These were the most exotic amphibians I had seen yet in my life and I hope to identify many more in my lifetime.

Amphibians from Outside the Issy Alps

Stay tuned for Part II, which will highlight Reptiles of the Issy Alps.