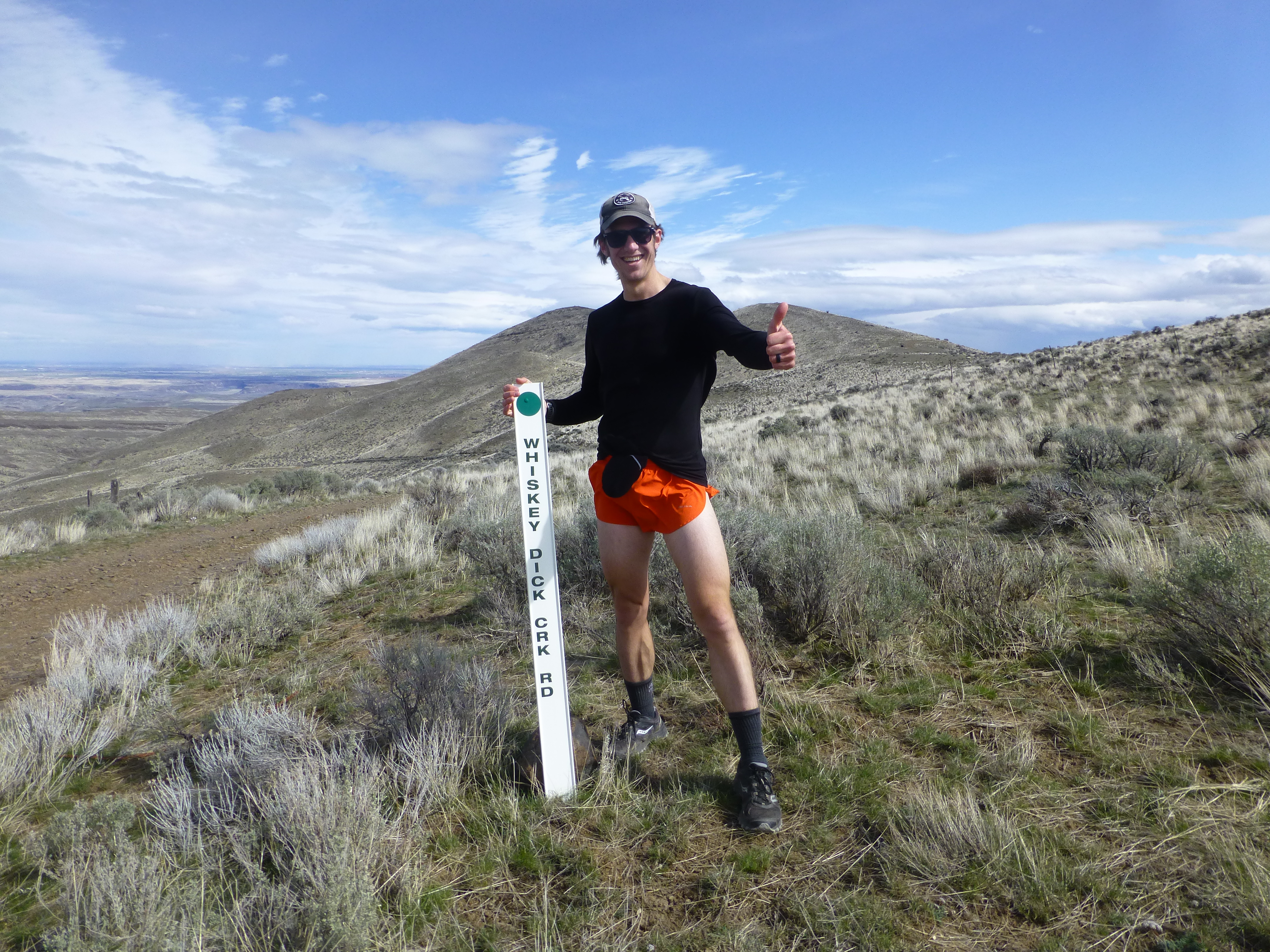 After three years of passing by the sign for Ginkgo Petrified Forest State Park, Apryle and I finally planned a trip to the geological wonder. The stop at Ginkgo was the first leg en route to University of Washington to gather equipment for Apryle’s upcoming field season. The park is 7470 acres and is located in the town of Vantage along the Wanapum Reservoir (Columbia River). The discovery of petrified wood in the area in the 1930s led to the destination as a national historic preserve.

The unique geologic features are from my personal favorite epoch of the Neogene period; which is the Miocene. Not only did apes diversify in this period, leading to the evolutionary path of our ancestors, but also over 50 different species of trees became immortalized in stone in what is now known as Ginkgo Petrified Forest.

Specifically the formations developed about 15.5 million years ago when the now arid Columbia Plateau was lush and wet and home to numerous plant species, some of which are now extinct. The trees were covered in volcanic ash and the groundwater minerals gradually replaced the organic matter in the tree trunks, resulting in the petrified wood.

Furthermore, the petrified forest was protected by thousands of years of basalt flows. Finally being exposed near the end of the last ice age when the Missoula Floods eroded the basalt, exposing the long hidden petrified wood. Some of the petrified tree species include: Ginkgo, Sweetgum, Redwood, Douglas Fir, Walnut, Spruce, Elm, Maple, Horse Chestnut, Cottonwood, Magnolia, Madrone, Sassafras, Yew, and Witch Hazel.

Examples of most of these species are scattered around the area and the Wanapum Hiking Trail carves a path around 22 distinct petrified logs. The logs themselves are protected from destruction with metal bars across the top of recessed brick cellars. In addition to the petrified wood, there are also impressive petroglyphs created by the Wanapum tribe of Native Americans on the basalt cliffs along the Columbia River. Overall Ginkgo Petrified Forest was well worth the three year wait!

The second leg of the journey was a 10 mile exploratory journey in the Whiskey Dick Unit of the L.T. Murray Wildlife Area. The 28549 acre unit is part of a total of 51793 acres managed by WDFW and DNR providing a sanctuary for many wintering elk herds, deer and upland birds. Apryle located this obscure area on the Washington State Atlas and researched further discovering that there was a trail network made up of dirt/gravel roads. The ecologically unique area in combination with the interesting name choice made this a must explore region.

The Whiskey Dick Unit is named for the creek that runs through the area which is fed by numerous springs scattered throughout the drainage. It is classified as shrub step, and the vegetation is mostly Big Sagebrush, Bitterbrush and mixed Bunchgrasses. However, there are also many wildflowers and the rare Simpson’s Hedgehog Cactus, scattered throughout the rocky soil underfoot. In addition to the flora and petrified wood, there are unobstructed views of the Columbia River Basin.

Apryle and I followed the Vantage Highway to a dirt parking area with a large map of the area labeling various roads zigzagging across the landscape without much rhyme or reason. We decided to simply wing it and explore the area without much expectation of a loop or particular destination. It was a pleasant overcast morning with temperatures ideal for a run and skies ideal for photographs and panoramic views. We followed a darting Western Bluebird northward up a rutted overgrown dirt road which led to a jutting overlook where our path stifled out and we were forced to backtrack. However, not before observing several of the low growing, neatly compact, barrel-like Hedgehog Cacti as well as views of the Columbia River Valley to the east.

After returning to the initial junction, where we first incorrectly headed east, we took a more narrow path leading northwestward down into a densely vegetated ravine. After reaching the low point the trail quickly pitched upward toward the barren moonscape of the Whiskey Dick Ridge. After a 900 vertical foot climb in less than a mile we reached a wide gravel road which followed the ridge up to the Whiskey Dick Mountain which appeared to be marked by many towers. The road was lined with wire fencing as far as the eye could see, and there were many scree strewn prominences along the ridge line.

We chose to scramble to a small prominence that we were closest to after the ascent, which we named Little Whiskey Dick Peak. The peak was marked with an impressively crafted cairns made up of the black rock of the area. We descended back to the ridge and followed it to a junction offering options to continue up to Whiskey Dick Mountain or descend back toward Vantage Highway. We elected to take the latter of the two options and make our way back through the sagebrush to the starting point.

Throughout much of the run, towering wind turbines were visible to the the west adding a modern twist to the ancient feel of the area. Additionally, in the first miles of the run, we spotted a large herd of ungulates in the distance, but not until we descended the ridge did we catch a closer glimpse of the extensive grouping of Elk occupying the hillside. The herd sensed our presence and all at once galloped out of view into a hidden ravine. While the Elk fled, our path veered south toward the highway, and we skirted the western boundary of the refuge.

We came upon another parking area, but without a east bound trail, we were forced to bushwhack our way to the parking area that we started from. After a mile of stumbling through grass and shrubs we hopped onto the highway to finish out the final mile back to the car. We reflected on a unique experience in one of Washington’s most unique ecosystems, with perhaps the most unique name identifying it.