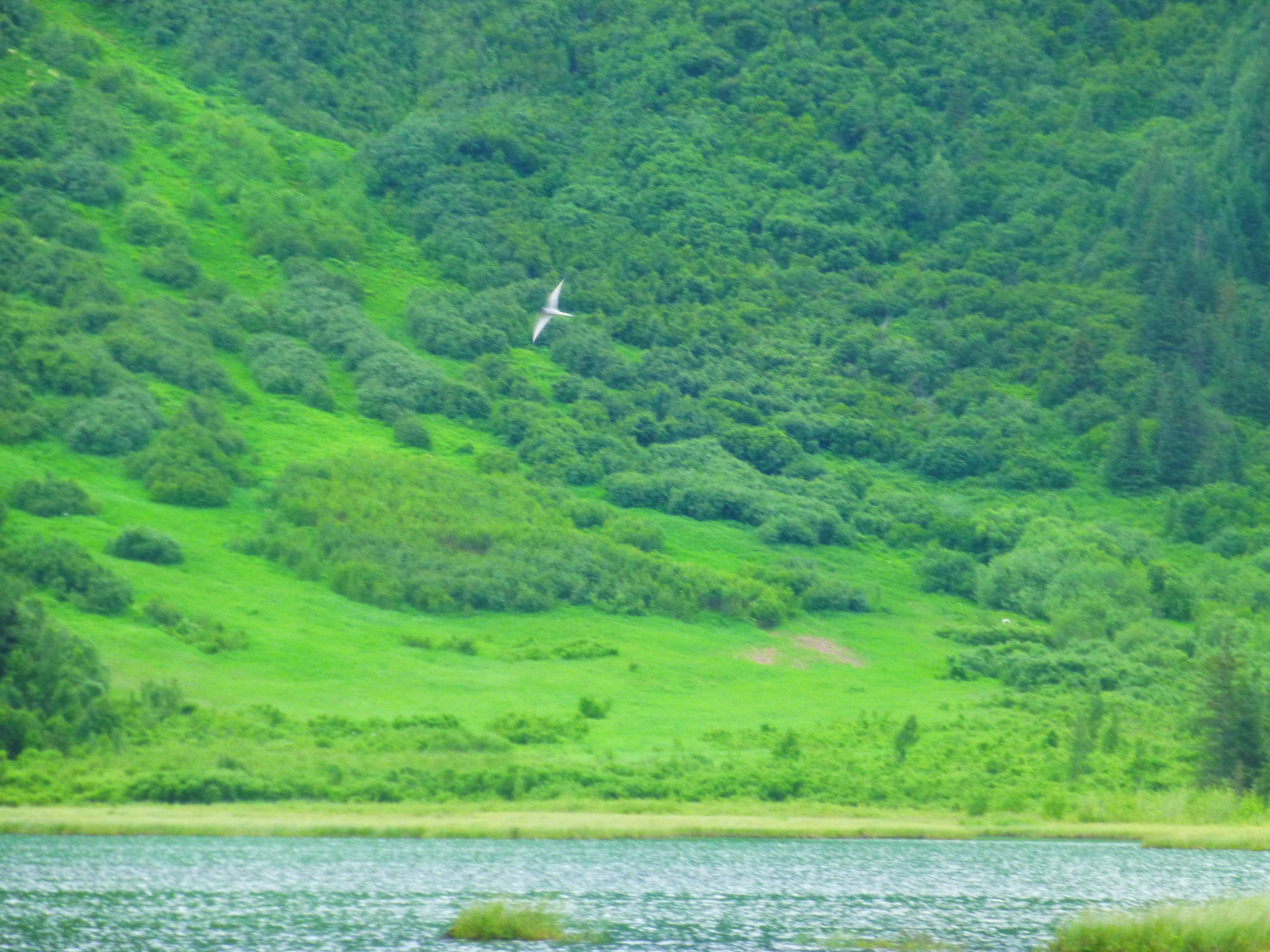 The arctic tern or Sterna paradisaea is one of the most impressive animals on Earth and since I began running long distance, I have always looked upon it as my power animal, whatever that means. The arctic tern belongs to Order charadriiformes, and family Laridae, a seabird family consisting of gulls, terns, and skimmers.1

Arctic terns are monogamous birds that mate for life. In addition to their bond with a mate, they also live and migrate in large colonies.3 They feed mainly on fish and krill, which they grab by skimming the surface of the water.2 Despite a lifetime of flying over large oceans, terns are poor swimmers and tend to avoid water when not fishing.3

Arctic terns have the longest migration of any animal on Earth covering a staggering 81,600 kilometers or 50,703 miles in a calendar year.3 That means that in just one year, Arctic terns fly a distance that has taken me 15 years to reach. As a caveat, your average tern travels a modest 70,900 kilometers per year (not every tern grinds out that extra 11,000 kilometers). In addition to covering an inconceivably long distance, they also see more sunlight than any animal on earth spending June through August near the north pole and December through April in the south pole.3

After my failed Washington Pacific Crest Trail speed attempt, I thought a lot about the animal that I most admire. What qualities do arctic terns possess that make them much better equipped to cover long distances?

Terns possess numerous qualities that make them the top ultra endurance athlete in the animal kingdom, but perhaps the best way to showcase that is in an Arctic tern trip report…

I started out 2020 on a rocky island in northwestern Antarctica and with the exception of hunting for fish and krill; I took about 150 days off to rest up before my south to north Earth traverse. Last year I began my northbound speed attempt on April 16th trying to beat the winter season and leverage the good weather. I kept a good pace and passed the equator a little faster than I anticipated, on May 3rd (17 days). After reaching the equator it only took me another 23 days to reach my destination on Sand Island in northeastern Greenland.2

Sand Island is my favorite place to rest and assist in raising my chicks. The island has a lot of charm; it is quite small, only 1 kilometer long and 0.3 kilometers wide. It is mostly mixed with sand and gravel but near the center of the island there are some nice willows.7 After 40 days of intense flight covering about 25,000 miles at a 625-mile per day pace, I was ready for some rest with my breeding colony.2

I spent May 26th through August 1st on Sand Island, successfully raising two little arctic terns among the boisterous colony. On August 1st my friends and I fell silent; this is what we arctic terns call, “dread.” All at once we took to the air to return to our summer home in Antarctica. After my successful northbound FKT, I decided to take it easy on my southbound Earth traverse. I stayed with the colony and flew along the coast of Greenland into the central north Atlantic.2

On the way north it was all about speed, but on my southbound route I took a 24-day rest at an aid station in the north Atlantic. So between August 22nd and September 15th we enjoyed some of the most productive ocean around. From year-to-year, we locate a spot with high eddy variability between cold and warm water masses and what results is a feast of fish and krill.2

I reluctantly left the aid station and continued with the colony over to the west coast of Africa. Many of my friends took the route along the west coast of Africa, but this year I decided to cross the Atlantic and skirt the coast of South America. I like to change it up from year to year to keep things interesting. Finally after 93 days on the wing, I reached my winter home in Antarctica on November 24th.2

As I reflect on my 50,000-mile journey I realize how fortunate I am to have the ability to complete such an amazing journey. My long migrations allow me to see more sun than any other animal on Earth. I am well on my way on my quest to reach 1.5 million miles and perhaps next year I will push to lower my traverse time to 36 days.