A Exploration of the Columbia Basin 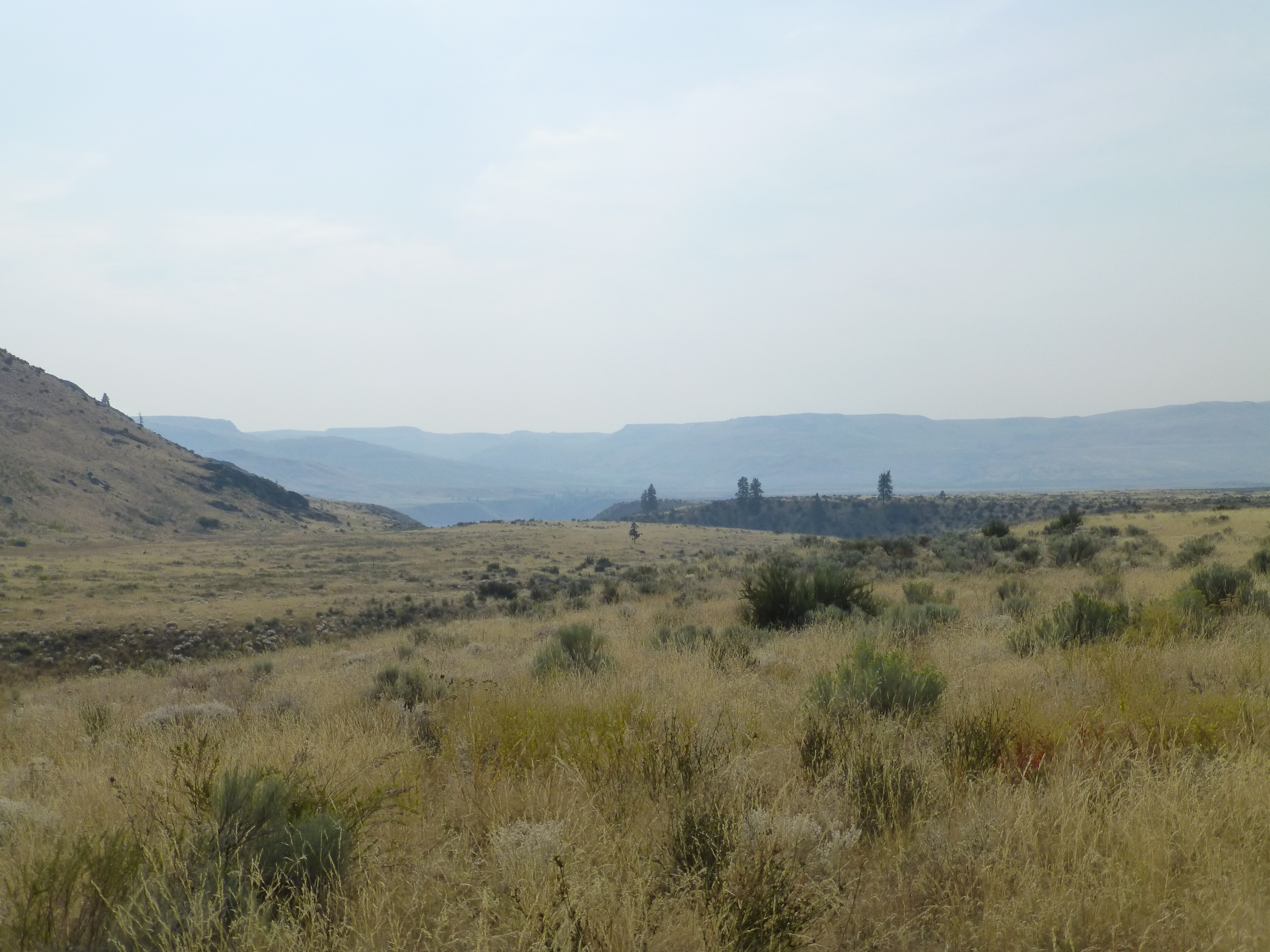 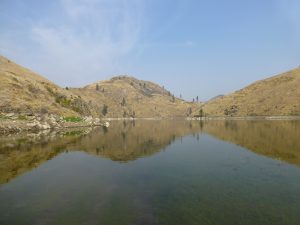 Diffuse light finds its way through pinhole tears in the drab brown curtains. The sun has found its way above the buttes to the east, but the hint of smoke from distant fires cloaks its full brilliance. The dilapidated paneled room is cold. The Budgerigars and Conure in the other room are stirring and I can hear the Conures screams punctuating the harmonious Budgerigar songs. Apryle has already left for her field surveys, I am alone in the house, which in turn sits alone in a vast empty landscape.

My schedule is empty, the entire day stands before me, however my motivation is lacking. The day prior I completed a 17 mile loop to Whitmore Lookout and back, but the previous days run in culmination with an entire year of unrelenting adventures seems to have taken its toll on me on this lonely September morning. I hand the Conure a walnut and sprinkle some millet in a bowl for the Budgerigars and then grab a few oatmeal bars for myself.

I walk out the door expecting to bask in the warmth of the morning sun, but find that today is much cooler than yesterday. I decide to start running in order to generate some heat. The gravel road has a layer of thick powdery dust which tells a story of an evening of activity. The first players are the California Quail, their star shaped prints blanket the fine dust and reveal an early morning search for seeds.

I turn down a road that I have never explored, the center strip contains stringy grasses and stray sage brush sprigs that are trying to reclaim their turf. My surroundings appear stark at first glance and are uninterrupted by human development. However, upon closer inspection the ground is teeming with insect life, grasshoppers bounding from plant to plant, bees hovering around flowers and even flocks of finches and quails hastily flying into and out of nearby shrubs.

The still landscape itself even appears to be moving with the unique contours and shapes created by years of erosion and weathering. Though Big Sagebrush, Antelope Bitterbrush, and Grasses dominate the majority of the open spaces, the valleys contain Ponderosa Pines and Quaking Aspen, a cornucopia of riparian flora. Though mostly smooth and rolling, the ridgelines have jagged craggy rock outcroppings providing a rugged contrast to the rest of the Columbia Basin. The great river flows uninterrupted somewhere in the distance.

The dusty road continues its story, a orange-tan pile of droppings with red seeds from berries sits in the middle of my path. Though it is not fresh, it is a reminder that I am not the lone mammal utilizing this trail. Though I have not seen a Black Bear in the Columbia Basin, I know from other personal accounts that they are abundant and this clue reaffirms it. More tracks indicate that the Coyotes have been on the prowl, likely in search of the many cuddly rabbits that have taken up residence in the manicured yard of the green house. 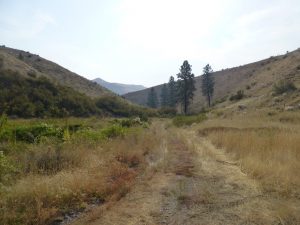 I come to a fork in the road, there are no signs, and with the exception of the occasional crushed tin can, or broken down fence post I would say the land has long been abandoned. I take the fork to the left and pass by a deep ditch with running water, the first running water that I had seen beyond the Columbia. I jumped the stream and then wound my way up and over a hill. The sandy path was sliding away underfoot and when I crested the hill I stared out over a vast grassy pasture. The grass was no more than knee height and the sea of amber was only occasionally broken up by sparse but vibrant green stands of Ponderosa Pines.

The sandy trail told a slightly different story in this pasture, the mammals of interest were wild horses and cattle. Though I had not seen the wild horses today, I know that from all my previous runs through this country side they are quite prolific. The other set of prints belonged to a small band of cows which were camped out under a distant Ponderosa Pine stand. They stood up and stared me down with an unwelcoming gaze and I decided to take this as a sign to turn back.

The terrain was equally as interesting on the way back and though I prefer loops in order to diversify the scenery, the way back provided me with plenty of new perspectives. I arrived back at the fork in the road and this time went right. After only a few minutes I arrived at an unanticipated pond. Two separate flocks of waterfowl boisterously took flight to the far side of the pond where cattle were hydrating. The water had a pungent smell of algae that reminded me more of the Puget Sound than a mountain lake. I traced the reflection of the mountains in the water and relished in this rare sighting in the barren scablands, then turned back for the house.

The lighting was still unusual, bright but hazy, making it feel like an overcast day despite the absence of clouds. There was a eerie silence which was only broken by my crunching footsteps and breeze that my body created passing by my ears. The loneliness and isolated countryside appealed to me in the first half of the run but in the latter half I was fixated on finishing, ignoring the beauty that surrounded me. Even though I could see no one, I felt like hundreds of eyes were on me as I passed through the scablands. Was there a mountain lion sizing me up from a distant craggy outcropping? Were the Coyotes awoken from there mid day snooze and curious of this bipedal animal? Was the nearby Black Bear hidden in the Sagebrush concerned I was invading its territory? Questions that I will never know the answer to, however, questions that keep me intrigued with wild animals and wild places and keep me motivated to explore.