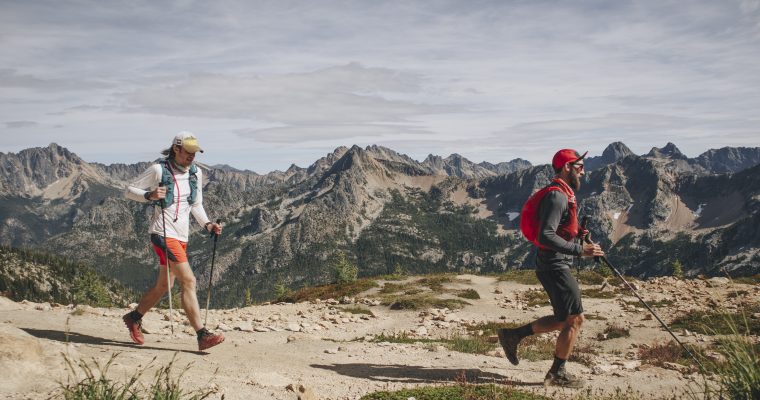 After 31 miles of running and about 30 minutes of resting, we started our Washington Pacific Crest Trail FKT attempt at 10:15PM on August 30th. We were not optimistic about running back through all of the soaked vegetation, but I think we must have knocked … 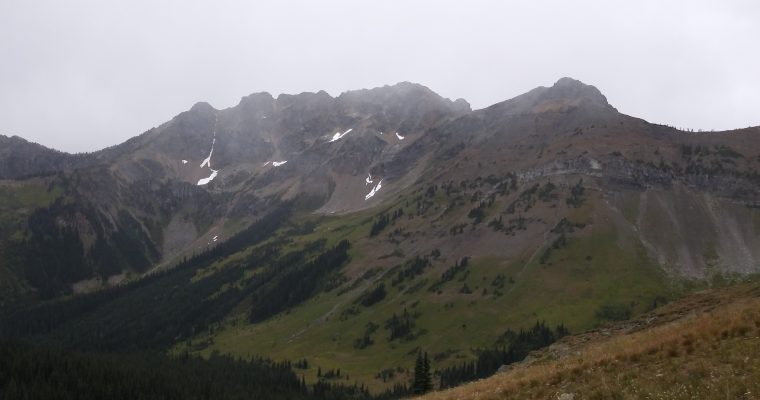 After several weeks of anticipation I awoke at 5:30AM on August 30th with an intense desire for a long arduous adventure. Apryle drove me up to Snohomish where I met up with John, Brit, Jace, and Jax Maxwell. We piled into his Chevy pickup truck … 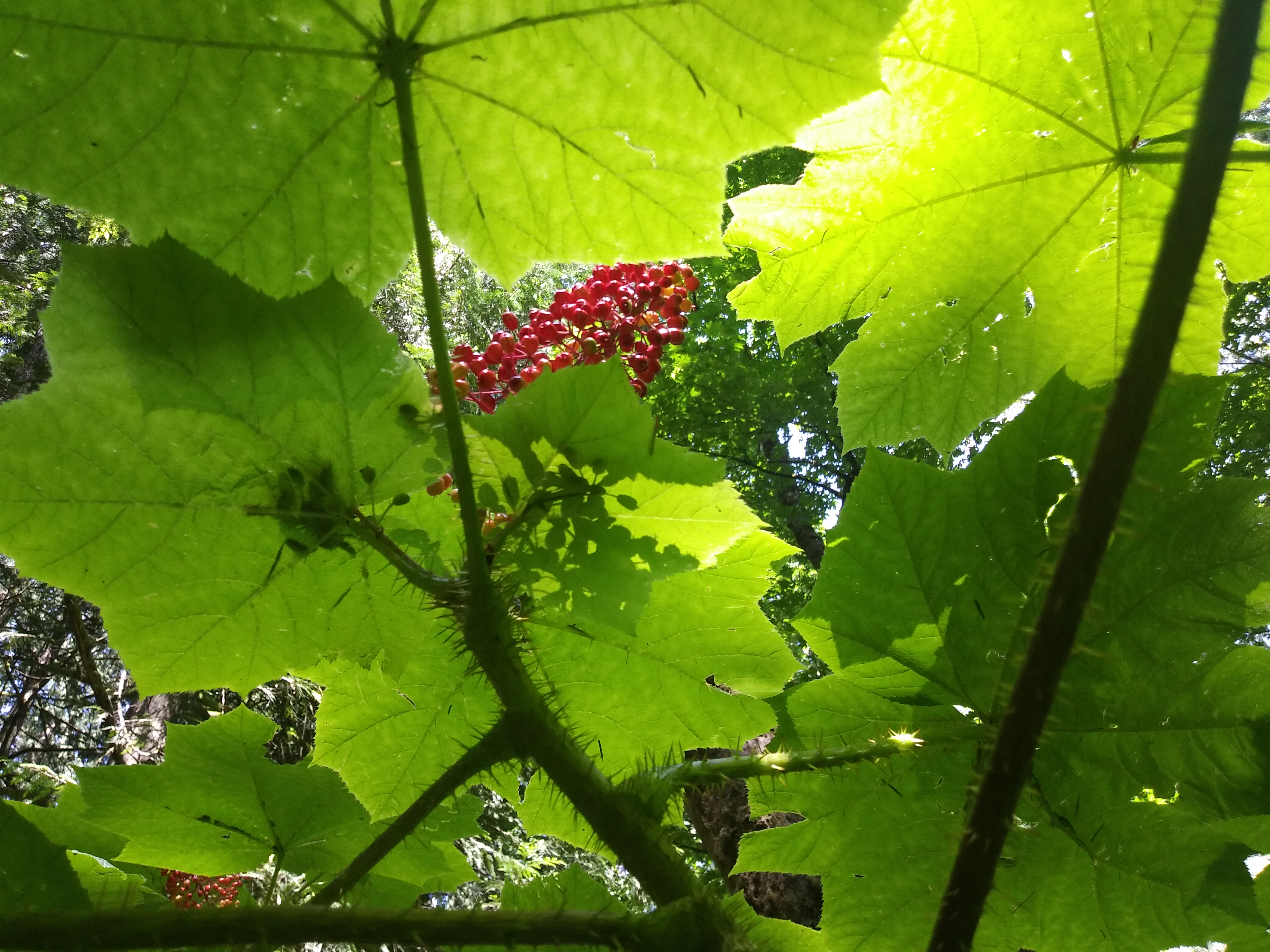 I moved to Issaquah in June of 2018 after a four month home health contract in Pullman, Washington. We purchased our condo after living in our RV for one month and were ecstatic with our new place and the impeccable location. As with most places I have lived, I took a keen interest in the local flora, and even though we lived in Newcastle just down the street in 2017, I feel as though I became even more interested in my surroundings after making Issaquah my permanent residence.

Issaquah is in the King County ecoregion referred to as the Western Cascades Lowlands and Valleys. This region is characterized by a network of steep ridges and narrow valleys. The elevation spread is 800 to 4000 feet, but generally less than 3200 feet, which is the lowest in the Cascades ecoregion. The ridges trend west and the valleys have medium gradient rivers and streams (Ecoregions – King County, 2020).

Issaquah is referred to as a warm-summer Mediterranean climate (Csb) on the Koppen climate classification. This climate is a subtype of Mediterranean climate and is characterized by chilly, extremely wet winters and warm, moderately humid summers. Specifically, there are no monthly averages higher than 72 °F. During the coldest months, the average temperature ranges between 27 and 64°F.  This is due to the cool Pacific ocean currents and upwellings, and the altitude of the landscape. This climate type, which extends from Western Washington south along the coasts of Oregon and California, is also found on the northern Iberian Peninsula, central Chile, southern Australia, Morocco’s Atlantic coast, and southwestern South Africa (Peel, Finlayson and McMahon, 2020).

In terms of the United States Department of Agriculture hardiness zones, Issaquah is 8b meaning that the low temperatures range from 15 to 20 °F. The average first frost ranges from October 11 to 20 and last frost ranges from April 21 to 30. This allows for a wide range of diverse plants that are much more unique than my home state of Ohio which ranges from 5 to 6 (USDA Plant Hardiness Zone Map, 2020).

Cougar Mountain Regional Park is between 1,000 and 1,600 feet above sea level and includes diverse habitats such as mature second growth forests, streams and wetlands, cliffs, and nearby caves. The landscape is dominated by mostly second growth forest consisting of deciduous trees such as Big-leaf Maple, Vine Maple, and Red Alder. However, there are some areas with a healthy population of Douglas Fir, Western Redcedar, and Western Hemlock and the accompanying understory. There are many marshy areas and riparian zones with the typical forbs and shrubs. My favorite area in the park is the De Leo Wall section and it is highlighted by a cliff side covered in Pacific Madrone and an interior covered by Douglas Fir-Salal-Oregon Grape forest.

Squak Mountain State Park is a beautiful and rugged parcel of land that is home to a wide array of habitats much like Cougar Mountain. Squak is also home to wetlands and second growth forest; however, the mountains are a little higher and little steeper, topping out just above 2000 feet. My favorite section of Squak is the East side of the mountain, which consists of Maple-Red Alder-Cottonwood forest near the base of the mountain. Then gives way to Douglas Fir-Salal forest in the middle sections, and then continues on to Western Redcedar-Western Hemlock-Douglas Fir forest as the elevation increases.

Taylor Mountain Regional Park is an ecologically important park due to its many Salmon spawning streams and its habitat use. Additionally, it borders the Cedar River Watershed, which supplies much of Seattle’s water supply. The mountain saw logging operations occurring well into the 1970s therefore much of the forest is second growth deciduous trees such as Red Alder and Big-Leaf Maple. However, there are still some areas with Douglas Fir, Western Redcedar, and Spruce. My favorite section of this park is the Elk Ridge which forms the eastern border of the park and is home to some beautiful conifer growth and pristine meandering streams.

Grand Ridge Park is a swath of land that rises about 1100 feet in elevation and is home to second growth Douglas Fir forest as well as groves of Western Redcedar trees along with western sword ferns. Some of the Western Redcedars in Grand Ridge are up to 1.5 meters in diameter! There are many Red Alder forests and wetlands as well as the headwaters of the Salmon-bearing Canyon Creek.

Tiger Mountain NRCA is home to talus rock caves, steep mountainsides, and summit rock outcrops, all of which were shaped by glaciers. This park sustains high quality Douglas Fir/Pacific Madrone/Salal plant communities. Additionally the park is at the eastern limit of Sitka Spruce range, and these trees occur on the plateau. There are hundred-year old Western Redcedar stands that have old-growth forest structure despite the relatively young age. Additionally there are actual old-growth stands that are over 200 years old that are at higher elevation in the park. These contain Douglas Fir, Western Redcedar, and Western Hemlock. Additionally there are sedge meadows with Oregon Ash and Black Cottonwood in the wetlands around Tradition Lake and Round Lake (West Tiger Mountain Natural Resources Conservation Area | WA – DNR, 2020).

Within the Issy Alps there are a number of common trees including:

There are also a number of common shrubs and plants including:

Top 10 Trees of the Issy Alps:

Top 10 Plants of the Issy Alps:

By no means is this an exhaustive list and there are many more worthwhile plants that I did not include in this post, but I hope this inspires all of you to look a little closer at your surroundings the next time you go for a trail run or hike in the Issy Alps!

Ecology, Other Fun
-
by zach
-
0 Comments