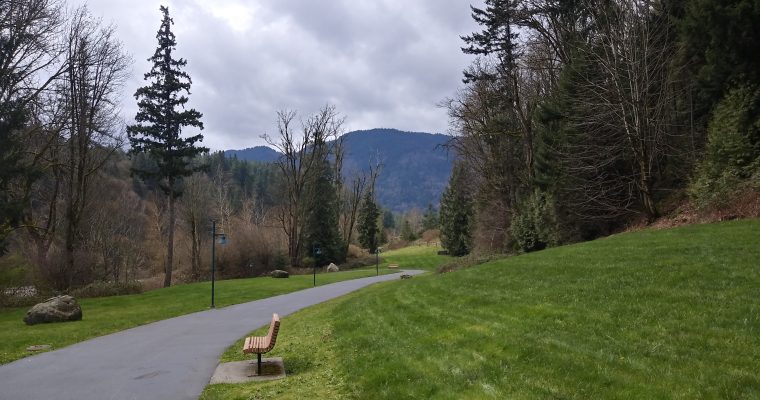 Part IV Carlsbad Cavern National Park and Fourth of July Adventure Following our McKittrick Canyon out and back, Apryle and I decided to drive north into New Mexico to explore Carlsbad Cavern. Upon arrival we reserved a spot watch the great bat emergence later in …

After a restful night of sleep at the Pine Springs campground, Apryle and I drove a short distance northeastward to the McKittrick Canyon trailhead. We started our hike late in the morning and temperatures were already sweltering, but we found some shade for the opening miles of the run. The trail meanders along McKittrick Creek weaving in and out of the shallow stream for the first 3.5 miles. This rare water source allows for a wide array of vegetation to thrive among the typical desert scrub.

Because the trail follows the creek very closely, most of the early miles are relatively flat and full of interesting side trips. The first point of interest that we observed was the Pratt cabin, which was built in 1931 by a geologist named Wallace Pratt. In 1957, Pratt donated 5632 acres for the creation of Guadalupe National Park. Though we are grateful for Pratt’s gesture, Apryle and I are uninterested in manmade structures, so we continued along the trail.

As we continued to trend slightly upward along the creek we were thankful for the shade provided by the wealth of trees scattered about the narrow riparian corridor, which included: Texas Madrone, alligator juniper, velvet ash, ponderosa pine, and big tooth maple trees. The final point of interest before we left the streambed and began the climb up to the ridge was the Grotto. The Grotto is a small cave-like structure with numerous stalagmites and stalactites formed by percolating water seeping through the limestone.

The climb is quite steep with countless short switchbacks that course in and out of the shade. We found ourselves traveling more slowly through the dense tree cover in order to take advantage of the cooler temperatures. We reached a high vantage point where we were afforded spectacular views of the canyon to the north and Apryle climbed to the top of a precarious rock. We debated turning back here, but decided to press onward as we were continually temped by the beauty of the McKittrick Ridge.

As the climb continued, new views to the southwest appeared, but we were distracted by a strange commotion ahead of us on the trail. We looked up to a section of the trail that was carved into a rock-wall on the right with a steep slope to the left. Another hiker stood still while a large black bear began an uncontrolled sliding descent down the rocky slope. Though Apryle and I had seen many bear in our day, we had yet to see one in the desert of Texas, or to see one glissading a rocky hillside. The bear disappeared into the vegetation below the slope and Apryle and I hiked up to the spot where the bear started his slide, which also seemed like a good turning point.

After about 13 miles, 2000 vertical feet and four hours on the trail we concluded our great Guadalupe adventure. I was so enamored with the beauty of Guadalupe National Park, that even five years later I can still vividly remember our brief five-day journey around the park. I love living in the Pacific Northwest and am thankful to be among the towering conifers and lush forests on a day-to-day basis, but I still yearn for that occasional trip back to the high desert. Perhaps one day Apryle and I will return to Guadalupe to finish up that multi-day backpack trip and relive some fond memories of the most unique national park in the United States.