PART II The Loop (Pine Springs to Blue Ridge to The Bowl and back to Pine Springs) Apryle had planned out a multi-day loop hike around the park and we had backcountry sites reserved along the way. Therefore, on Monday, June 29th, we woke early …

The Great Guadalupe, Carlsbad, Fourth of July Adventure (PART I)

PART I Devil’s Staircase, Guadalupe Peak, and Geologic History A long delayed follow-up to this post from about 4.5 years ago. I finished up my internship at Giddings Physical Therapy on Friday June 26th and then headed to the airport in Austin to pick up … 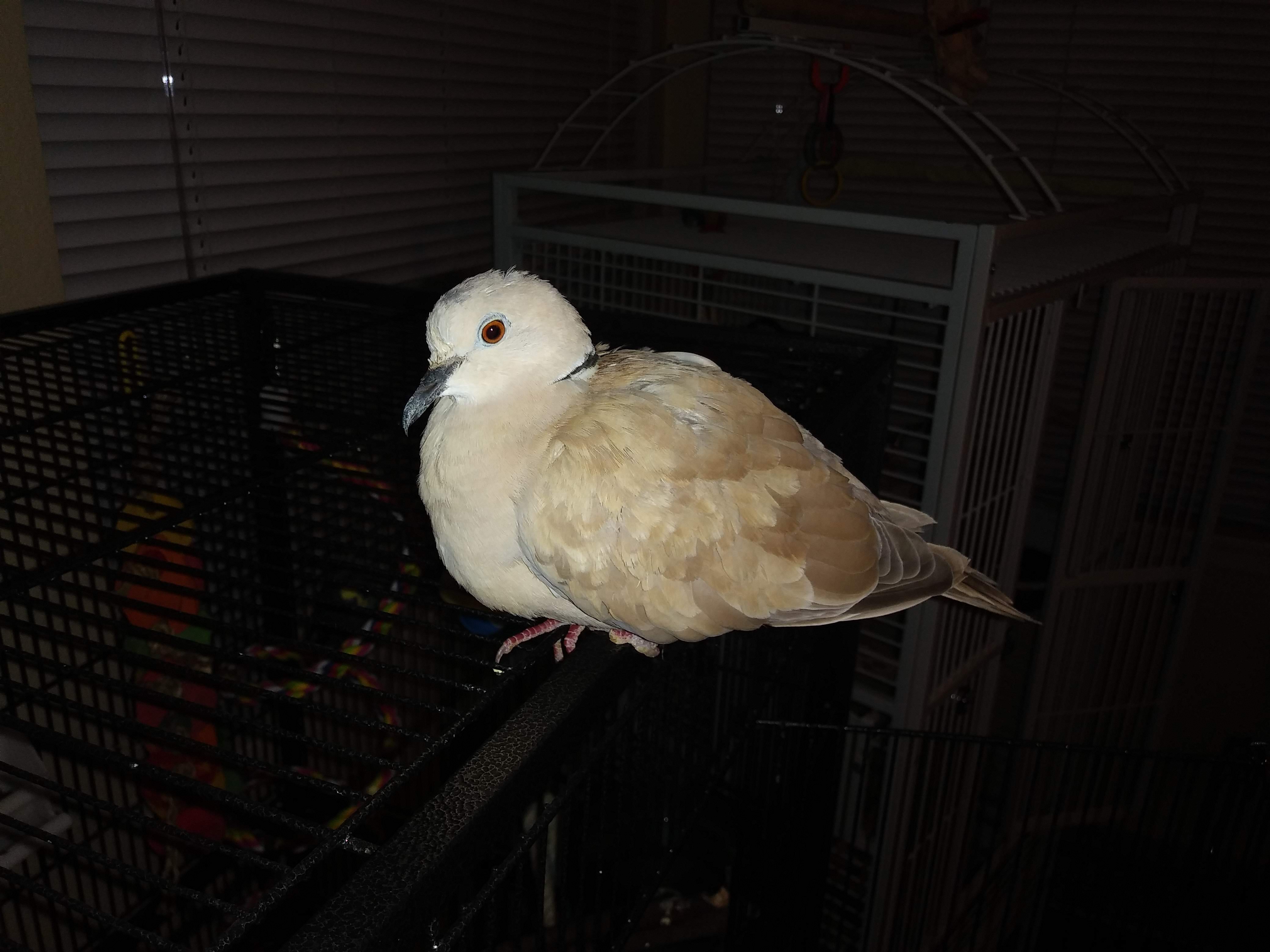 The Resilience of Cooper the Ring-necked Dove

On December 21st we visited Flying Colors Aviary and our friend Susan asked if we had room to take in a little dove that had been attacked. The scuffle left him without most of the toes on his left foot and a non-functional right eye. He looked so discouraged in the aviary, while the other doves and pigeons cooed and flew from perch to perch, Cooper sat sadly on a small limb about twelve inches from the ground. When he tried to join the other birds, they pecked at him and sent him back to his isolated corner.

We agreed to take him home and try our best to make him comfortable. For a few weeks we let him hang out in a cage in our bird room where he could simply relax and stay warm while we brought him food. Our intention was to allow his body time to rest, free from the elements and the antagonizing other birds. However, we noticed that his condition was not improving. His eye continued to weep, and he generally looked lethargic.

On January 19th we brought him to see Dr. Ferguson at Pine Tree Veterinary Hospital. Dr. Ferguson believed that Cooper had a defective lacrimal duct due to the injury and that without surgery his eye would continue to weep, diminishing his feather quality and quality of life. Fortunately his blood panel came back normal and his white blood cell count was not high so he was a candidate for surgery.

Since Dr. Ferguson is a very skilled and sought after avian surgeon, we were unable to get Cooper scheduled for his operation until February 11th. On Tuesday February 11th I brought Cooper in and then went for a stressful run around East Tiger Mountain while I waited for the outcome of the procedure. His surgery involved the removal of his defective right eye and stitching together of the head wound. When I returned to the vet office I was informed that Cooper did very well throughout his surgery and was ready to return home. He was quite lethargic post surgery and the curvy car ride did not help his balance, but we made it home safely.

The next week post surgery went incredibly well, we were tasked with giving him an antibiotic and pain relieving medication orally via syringe, which he disliked, but tolerated. On his road to recovery, he began to coo for the first time and also fly from perch to perch in the living room. Additionally, much to my surprise he began to grow new feathers all around the surgical site. When we returned to Pine Tree Veterinary Hospital on February 20th, Dr Ferguson was quite pleased with the surgery and so happy to see how well Cooper was recovering.

Each day that goes by it is amazing to see how well he is recovering, the pinfeathers that were just small eruptions from his skin, gradually turned to large white pins, and then finally burst forth as beautiful beige feathers. His lethargic demeanor has given way to a spry vivacious attitude as he stands sentinel from his maple perch on the kitchen counter. Cooper’s mental fortitude and resilience impress me daily and I draw inspiration from his ability to persevere. Even when the world had conspired against him and he appeared to be nearing the end of his life, with the help of a great surgeon and group of people that believed in him he has made a full recovery.