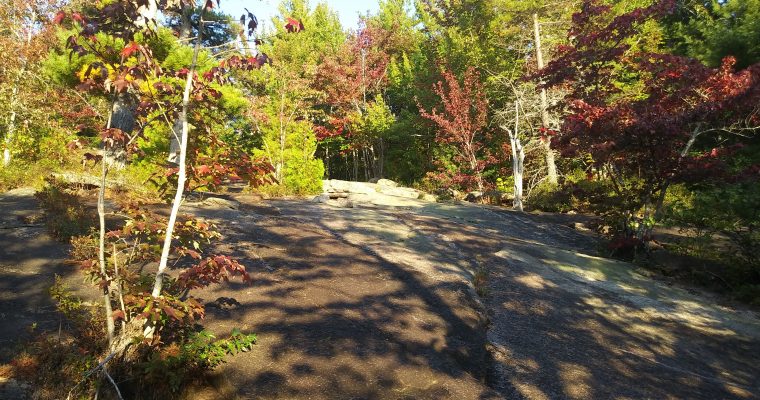 Following my northwest arm traverse, I decided to tone it down a fraction and run a Quiet Side traverse on my next day in Acadia. I started this run from Echo Lake and ascended the Beech Cliff trail. This was one of the steepest trails … 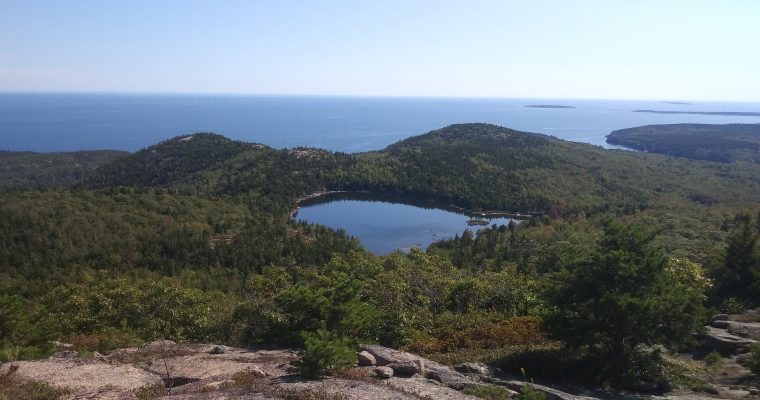 In late late September I took a cross-country flight from the Pacific coast of Washington to the Atlantic coast of Maine. I met my parents in Boston and then we traveled up the east seaboard to Mount Desert Island. My mother had wanted to visit … 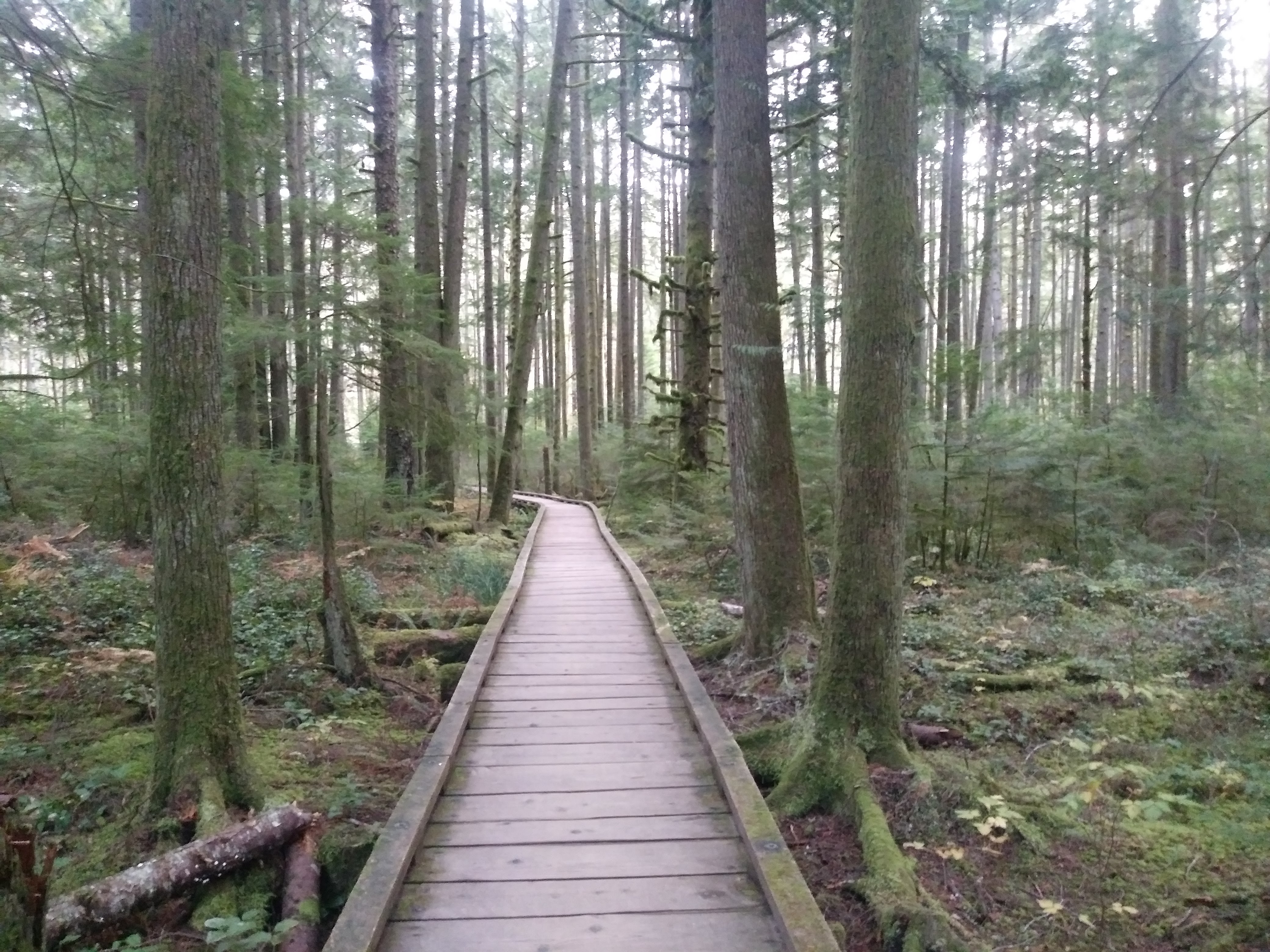 After taking second place at the Grand Ridge 50K last year, I felt as though I needed to come back to redeem myself this year. Additionally, I felt as though it would be the perfect tune up for Desert Solstice 24 Hour race on December 13th. Much like 2018, I made the decision to run the race the day before and registered the morning of the race. This year’s weather was a little more mild, 47 degrees for a low, reaching 55 degrees by the end of the race. Fortunately the rain held off and though it was cloudy, it was still an enjoyable day on the trail.

The course was slightly different from the 2018 edition, which was 31.75 miles and 5,515 vertical feet. This year however, it was 33.96 miles with 4,957 vertical feet, therefore, even though my time this year was slower, I think it was a better overall effort. The main differences in the course were the subtraction of a few miles on the Coal Mine Loop, the addition of the Water Tower Loop, and the boardwalk and ascent to the Duthie Hill TH at the turn-around.

I started with a quick 5:48 mile on the flat start and then settled in on the climb up to SE Grand Ridge Drive (Aid Station; 2.8miles) which I reached in 21:54. I slowed things down around the Water Tower Loop and enjoyed the twisting, weaving, undulating trail until returning to the Grand Ridge trail. From here the course trends mostly downhill, losing elevation rapidly to the Mike O Puncheon Bridge. In 2018, this marked the turn-around; however, this year I had to gingerly run across the bridge, avoiding slipping on the slimy boardwalk. After crossing the boardwalk, a switchbacking 115 foot climb ended at the Duthie Hill Aid Station (8.7 miles; 1:09:05).

I refilled water, grabbed a gel and then descended back to the boardwalk, passing by my competition very quickly after leaving the aid station. This motivated me to really push the pace back to SE Grand Ridge Drive Aid Station (12.7 miles; 1:44:33). I began encountering some half marathon traffic during this stretch back down to the Start/Finish area which slowed me down a fraction, but managed to finish out the first lap in 2:00:15 (15 miles). I refueled and sprinted back onto the course, noticing that I had put at least a few minutes on second place.

The legs felt good on the ascent back to SE Grand Ridge Drive, and this section of course took me about 1:36 longer than the first loop, reaching mile 17.7 in 2:24:00. I blew through the aid station and tackled the Water Tower Loop a little more vigorously, consuming a little more water with the increasing temperatures. The trail was a little crowded over the six mile stretch to Duthie Hill Aid Station, but I managed to do the 8.7 miles in 1:13:37, only 4:17 slower than my first lap. However, my legs felt even better at mile 23.7 than they did at 8.7, so I ran confidently back to SE Grand Ridge Drive.

Apryle cheered me in to the Start/Finish Aid Station at mile 30.1 which I reached in 4:09:05, 8:35 slower than my first lap. I was a little upset that due to the increase in distance I would not beat my time from last year, but I was confident that if 50K, I would have run about 4:21 or 12 minutes faster than last year. Most importantly I was fairly sure that barring getting hit with a mountain bike, I would win the race this year.

I ran the final 3.8 mile loop in 33:49 after the climbing leg energy fizzled. I tried my best to sprint down the hill, but nearly face planted after tripping on root. I caught myself and used the adrenaline to catapult myself to the Issaquah-Preston trail. I began my kick, fueled by Apryle’s encouragement and crossed the line in 4:42:55 for the  win. It felt good to redeem my second place performance from 2018 and feel so strong doing it. After this race, I am supremely confident in my fitness leading up to Desert Solstice.

Thank you to all the volunteers on course, Evergreen racing for putting on a great event, and Apryle for running over to cheer me on! 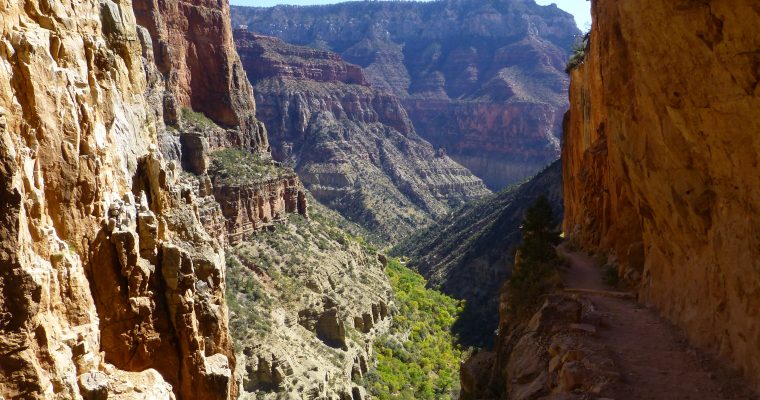 Rim to rim to rim is one of the most iconic trail running adventures in North America. It is not only rugged and strenuous but also one of the most picturesque wonders of the world. Adam Braddock approached me with the idea of running it …