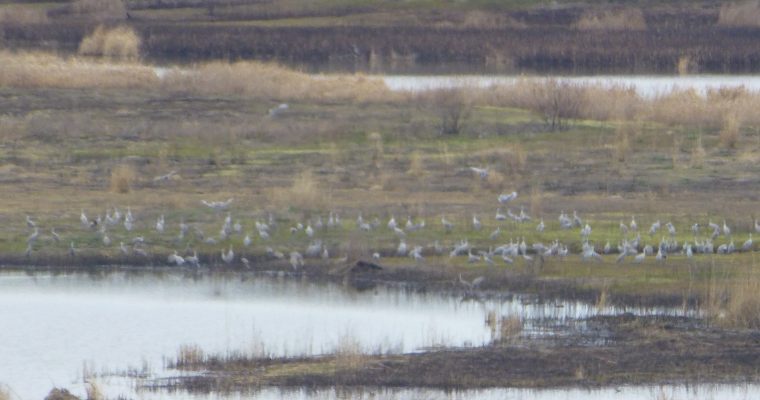 Before the alarm sounded, Apryle and I were stumbling through the dark apartment, trying to quietly gather our supplies for the day. Five in the morning is far too early for chirping parakeets, and therefore, we needed to stay silent and keep light to a … 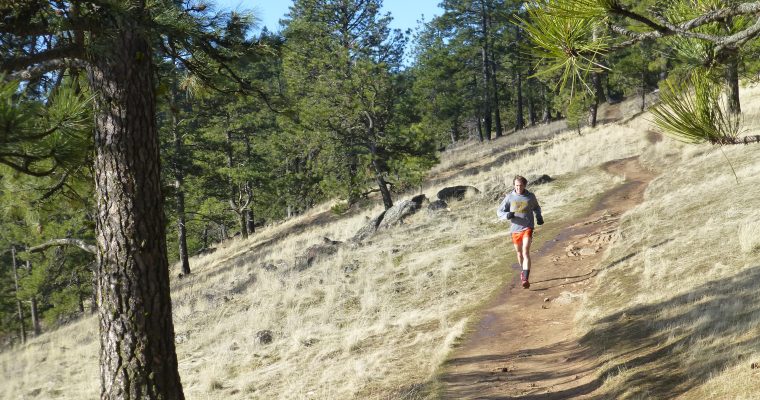 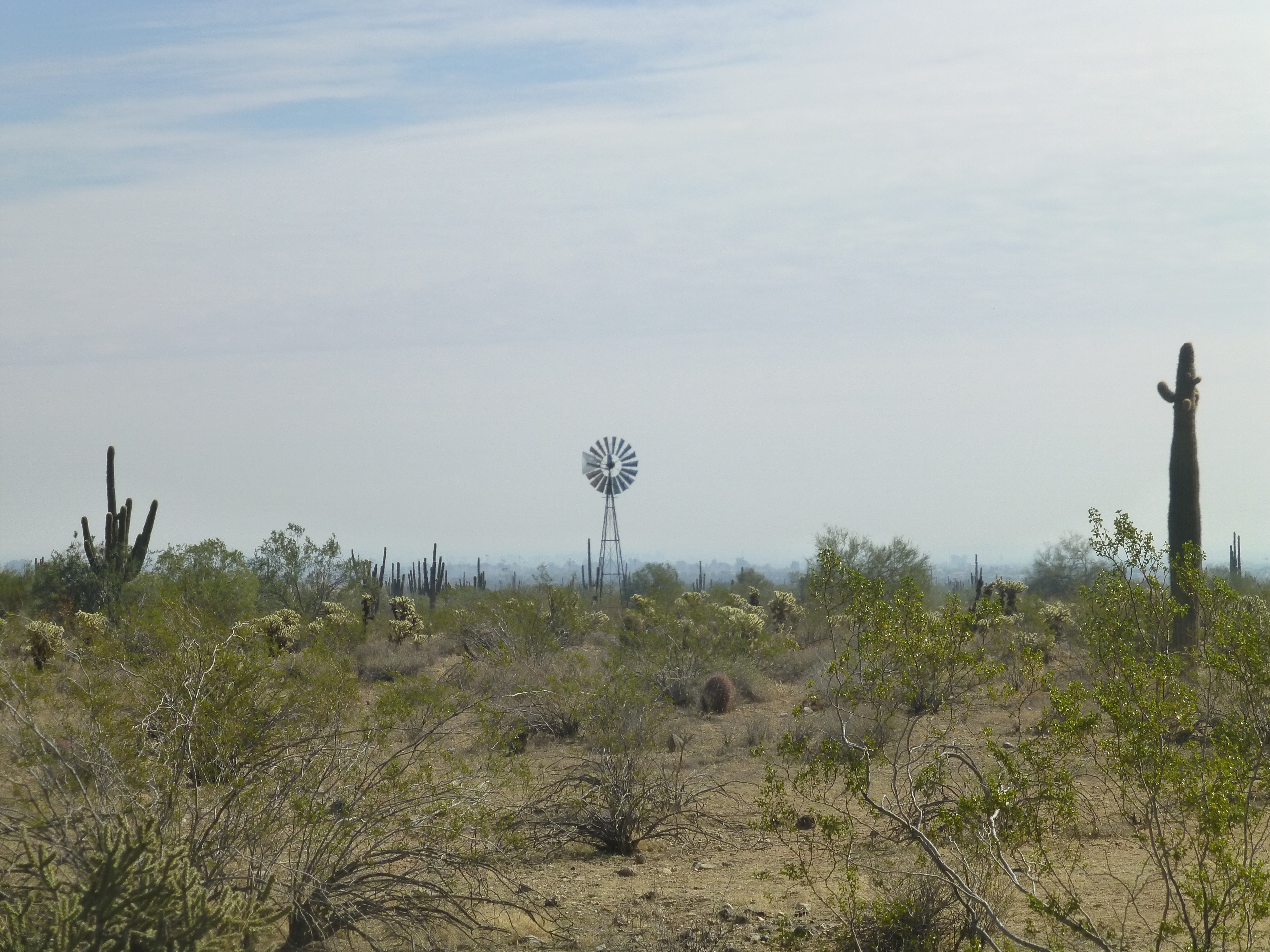 While finishing out the year in Newcastle, Washington, Apryle and I decided after visiting our families back east, we would pack up the motorhome and move to sunny Sedona, Arizona. However, due to delays in licensure paperwork we were forced to alter our plans, landing us in Pullman, Washington. This was to the detriment of my Black Canyon 100K race preparation and our general life plan for the start of 2018. This along with many other errors resulted in one of my most poorly executed races in the last five years. However, no matter how disappointing the outcome, I try to find the silver linings, and in this report I hope to identify not only the negatives but also the positives in the lead up to my first race of 2018.

My preparation for the race was not what I had hoped for and I really have only myself to blame. I started my PT license application way too late to allow sufficient time to obtain an Arizona license. Therefore, the training locations were improvised and I had to hope for the best when it came time to race.

Shortly after my last race of 2017; Cougar Mountain 50K, the weather turned wintery. The roads in Newcastle turned slick and icy and the constant drizzle returned to the Issy Alps. After a summer of hot temperatures and countless hours of heat acclimation preparations, mother nature decided that it was time switch it up. Then with a trip across the northern United States to frigid Ohio and Pennsylvania, the temperatures only plummeted further. Because of this my bodies thermoregulation was ill-prepared for even the mildest of central Arizona temperatures.

After a year of running over undulating, uneven, and unique trails, my training abruptly shifted to flat pavement that was gridded out across stark farmland as far as the eye could see. But before I could test my leg speed, the sky released several inches of snow. This shifted my running to post-holing, which eventually gave way to ice sliding. Though these surface types certainly tested my somatosensation and stabilizing muscles, it was poor specificity for high desert running.

Although much of the Midwest is appallingly boring, it allowed me time to run with my father again while he biked along side. This was always a weekend ritual while I lived at home. Additionally, it forced me to find some hidden gems of my home state and my wife’s home state for trail running. I found four nature preserves in Seneca County Ohio (Forrest, Steyer, Howard Collier, and Garlo) totaling roughly 20 miles of trail between them. Then while in Harrisburg I found a challenging and beautiful swath of public land called Boyd’s Big Tree Preserve with about 12 miles of trail.

I almost never have struggles with injury or illness but in the Black Canyon training block I struggled with superficial calcaneal bursitis, likely due to multidirectional friction caused by post-holing in the snow. This did not do much to deter the training, but it was just one more straw in a quickly accumulating pile. In addition to the heel issues, I spent the majority of peak training weeks with a cold that seemed to linger for weeks. I found it challenging to complete my long runs in a feverish state.

I signed up to run a race in Arizona with the pretense that Apryle and I would be living in Arizona. However, with the ability to live in Arizona hinging upon working in Arizona, we had to move on to plan B. Plan B was moving to Pullman, Washington, which created a much greater financial commitment than we expected. Instead of Apryle and I driving to the race, we had to schedule a flight, a rental car, and a hotel. Apryle decided to stay at home with the parakeets and turn over crewing duties to my dad.

Ultimately what does not kill me, makes me stronger and I find the winter to be a test of overcoming adversity and pushing past the hurdles.

Perhaps the most positive experience of the entire race weekend was getting the opportunity to spend some time with my father who flew down from Cleveland to crew. It was the first race that he had seen since Leadville 100 back in 2013 and I was determined to show him how much my trail running abilities had improved. More importantly than that we got a chance to bond exploring a landscape that was quite alien to both of us.

Dad and I woke up early and drove from our hotel in Phoenix to Mayer High School Track where it was still dark and a chilly 38 degrees. It was not long before the suns rays began to escape over top of the horizon and provide a soft diffuse light on the desert landscape. We were off, first with a lap around the track and then a left, or wait no, maybe a right? The lead group decided it was indeed a right and we ran down Mule Deer Drive onto the trail. The first 7.3 to Antelope Mesa were a quick but not overambitious pace ranging between 6:25 and 7:30, but for some reason my heart rate seemed high, hovering in the mid 160s. I did not pay much attention because I did not want to loose contact with the main group.

We were strung out in a line as we wound our way around the smooth snaking single track. I rolled into Hidden Treasure Mine at 12.5 miles at about the same pace as the first leg of the race. However, at this point I began to notice my error, that I was running a little too fast at the beginning, letting my heart rate stay too high too early. I ran with a guy from Los Angeles into Bumble Bee Ranch at mile 19.2. We slacked off the pace a little, clicking off times ranging from 7:10 to 8:40 while my heart rate became more relaxed.

Bumble Bee Ranch was buzzing with life and this was first time I was able to see dad. I switched out hydration packs, grabbed some food and told him it was all under control and that I was feeling great. I thought this was true, my legs were coming back and I was ready to start moving up through the field. After several miles with a heart rate in the mid 140s, I pushed it back up to high 150s with a pace averaging 8:30. From here the race began to feel more remote traversing a beautifully unique landscape.

As time passed the temperature gradually climbed into the lower 70s, and with an obscured sun beating down, my acclimated body began to feel the effects of the heat. Although I was still passing people, my quads were starting to feel heavy, as if they had been replaced with lead. I tried to continue to think positive and fake confidence. Gloriana Mine and Soap Creek Aid Stations were uneventful with the exception of the fact that I passed the 50K mark in about 4 hours.

Skirting my way up mesas and weaving my way into gravel bed gorges, I could find no shelter from the sun, nor any relief from the heat. I bounded down to Black Canyon City at mile 37.4, excited to see dad and get some cool sweet water. Additionally, I was able to catch a glimpse of my competitors ahead. I was confident I could bridge the gap despite my tired legs. After dad got me all set up with ice in the sleeves and food in my stomach, I talked to Apryle on the phone briefly and was ready to pick off some spots. However, watching other runners cruise down the hill not far behind me I started to let nervousness creep in.

Shortly after putting Black Canyon City behind me, the wheels fell off and I was in survival mode. My race plan shifted to limiting my losses, trying to run as much as possible and lose as few spots as possible. I had 22 miles of pride-swallowing shuffling ahead of me. I thought about all the sacrifices Apryle made to help me train, I thought about all the trouble dad went through to get down to the race to help me and I began to feel angry and disappointed. This is obviously detrimental to morale and leads to even worse running. My pace was pedestrian, ranging from 9:30 to 13:20 while my heart rate relaxed in the 140s.

I do not recall Cottonwood Gulch but I remember seeing dad at Table Mesa aid station at mile 50.9. We switched hydration packs a final time, and I sauntered off out of view. I was hearing gunshots all around me and felt a little nervous and defenseless in my current state, but luckily I passed out of the range in a slow 13:30 average pace en route to Doe Spring at mile 58.6. I continued losing motivation and the repetitiveness of my surrounds began to wear on my tired mind. The Giant Saguaros that I was enamored with throughout much of the race began to blur into a monotonous backdrop to an old Western Film.

I must have been passed by about 5 or 6 people in the final 4 miles to the finish, but I mustered up enough strength to hold off one charging runner and came across the finish line running. Overall, I was happy that I gave it my best effort to keep the pace as fast as my body could handle and I did not give up simply because the race did not go my way.