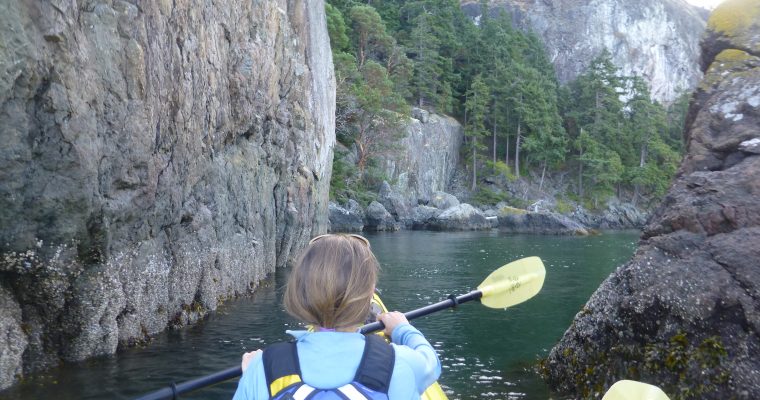 Apryle and I started our two day kayak adventure from Sea Farers Park in Anacortes on a partly sunny Wednesday morning. We loaded the tandem kayak full of food and camping gear and pushed off into the waters of Fidalgo Bay. The first leg of … 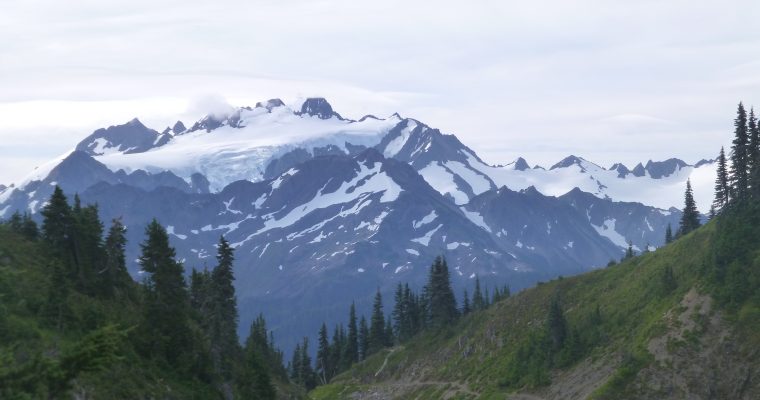 Ghislain and I set out on our journey for the Seven Lakes Basin at 3:20AM in hopes of reaching the trailhead shortly after sunrise. The Versa covered the 170 mile distance efficiently and I was pleasantly surprised that there were no stone roads en route … 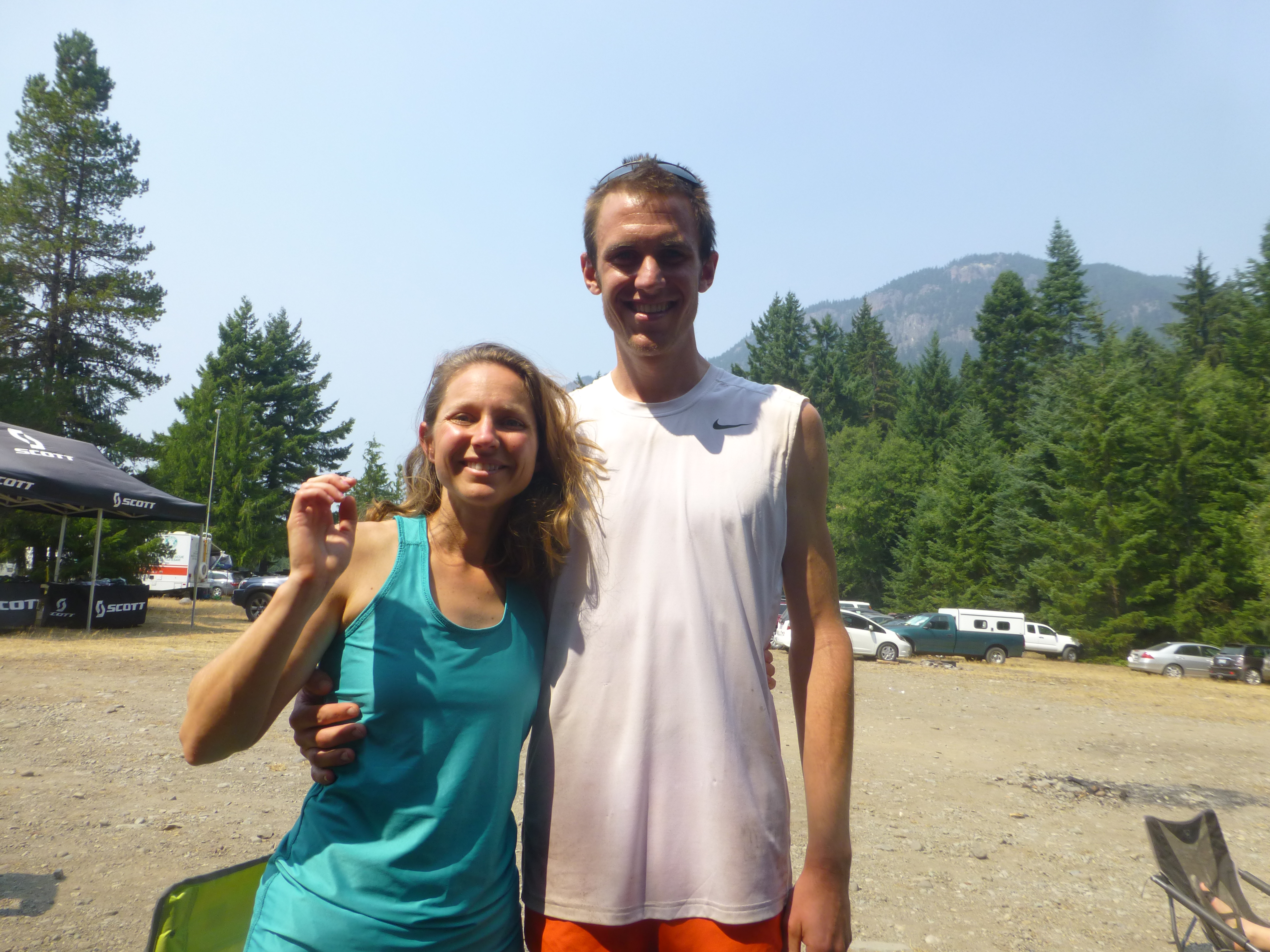 The White River 50 miler was a must on my list of ultras. Nearly all of my friends in the PNW have competed in the race, Apryle, Adam, Christophe, Ghislain, and Michael; so needless to say I was feeling left out of the White River club. I signed up with the intention of a long break between Lake Sonoma and White River to allow ample training time, but a golden ticket came along and disrupted that plan. I was not about to pass up on Western States or White River, so I simply tried my best to run them both to the best of my ability. I am not sure that it was my strongest 50 mile performance, but I was happy with the effort that I put forth.

The race started off conservatively with a group of about six people in which I tucked into the middle. Things started to spread out a little once we began the first climb of the day. At this point Olin lead followed by Zach and Evan. I conceded some time to the group due to my choice to power hike rather than run, but the climb began to mellow out a little and I caught the group and slotted into third position behind Olin and Zach who assumed the lead. At Ranger Creek aid station both had a measurable time gap over me, but I was committed to running my own race.

The trail was heavily wooded, but periodically offered views of the valley below and Mount Rainier in the distance. One of my favorite sections of the day from an aesthetic stand point, was miles 14 to 20 in the out and back to Corral Pass. However, one of most frustrating sections of the day was the stretch from Corral Pass to Ranger Creek. It was a challenge negotiating the single track trail with traffic flowing both ways. Runners coming from the other direction kept saying the time gap was holding at about 2 to 3 minutes. During this stretch, Evan caught me back and after letting him pass by shortly after Ranger Creek he hammered the descent and was out of sight. It was a lonely descent to highway 410 and I felt that the race was getting away from me.

I arrived at Buck Creek, mile 27, about 3 hours and 45 minutes into the race a little discouraged with my pace. Apryle helped me get my hydration vest refilled, while the aid station crew filled my arm sleeves with ice. I shoveled down some potatoes and watermelon and was off. I knew the climbs to Fawn Ridge and Sun Top Mountain were looming. The miles up to Fawn Ridge were appallingly slow and I was trying to see how far spaced the foot prints were in the dust to see if the three in front were struggling as well. I was surprised at how quickly the Fawn Ridge Aid Station appeared; to be honest I kind of forgot that there was an aid station prior to Sun Top. This was a turn around in the race for me: first I was excited to be getting some fuel, second a volunteer said that I was 65% done with the climb, third I caught up to third place Evan, and fourth I was told that the gap was still only 3.5 minutes.

I jogged a good portion of the stretch between Fawn Ridge and Sun Top and I was pleasantly surprised there was a long runnable decent prior to the half mile climb to Sun Top. I did not stop to see if Rainier was visible in the thick smoke that has engulfed the air for the past week and when I reached the top I stayed just long enough to grab some oranges and ice for my sleeves. Scott told me that the time gap had grown to 11.5 minutes to Olin but remained at 3.5 minutes to Zach, so I hit the road going as fast as I could manage. From miles 37 to 43 the terrain shifts from single track dirt trail to smooth gravel forest service road. This stretch is perfect to fly, but I figured it would be difficult to make up time on a guy that can run a 2:20 marathon on a fast smooth descent.

I reached Skookum Flats to find out that despite running the last 10 kilometers in about 37 minutes I still lost a minute to Zach. Apryle had my handheld ready to go and I ditched my vest in order to hopefully quicken my pace. Despite taking a hard fall soon after hitting the single track, I kept a solid pace on the first 3 miles of the Skookum Flat trail. This section was pleasant, running along the White River because the icy cold waters provided some cool air. The trail wound around the landscape, some times up stairs, other times across bridges and all the while ascending slightly upward from the river. My pace stifled out to a pedestrian 9-9:30 average which I knew was not going to be enough to catch the leaders, and was worried it would not be enough to hold off a charging fourth place runner.

I was starting to get a little tired of running in the last two miles and I noticed that as I distanced myself from the river the air was getting a little warmer and I was starting to feel a nauseated. However, just as I was shifting to these negative thoughts, the trail gave way to the gravel road and two volunteers said I only had 400 meters to go. I picked up the pace and finished out strong; 7:14:18 for 3rd place. Although I had greater aspirations in regards to time, it was still a beautiful day, an excellent course, and I enjoyed another day at Mount Rainier!

Thanks once again to Apryle for being there for me again and keeping me well hydrated and cheering me on! Thanks to all of the race organizers and volunteers for making the event possible. I can see why this iconic event is celebrating its 25th anniversary this year! 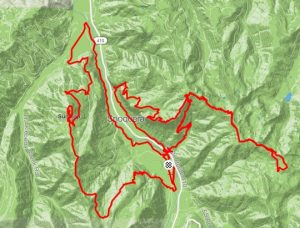