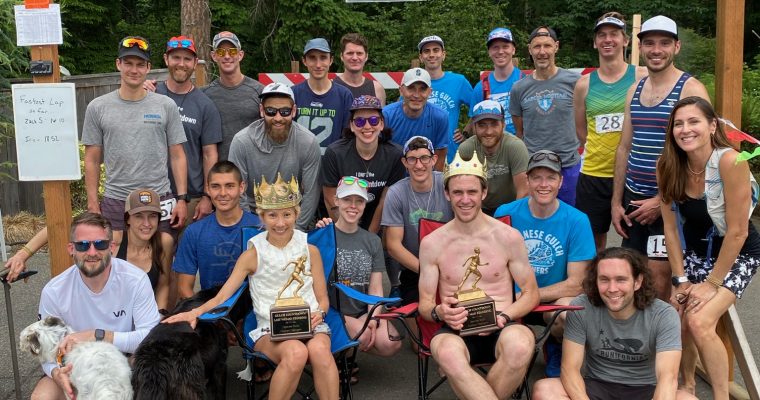 The Gulch Countdown was one of my last additions to this year’s race calendar because of COVID restrictions. Although the race typically takes place in January, it was moved to June 19th this year. Because I signed up in May, my race calendar already included … 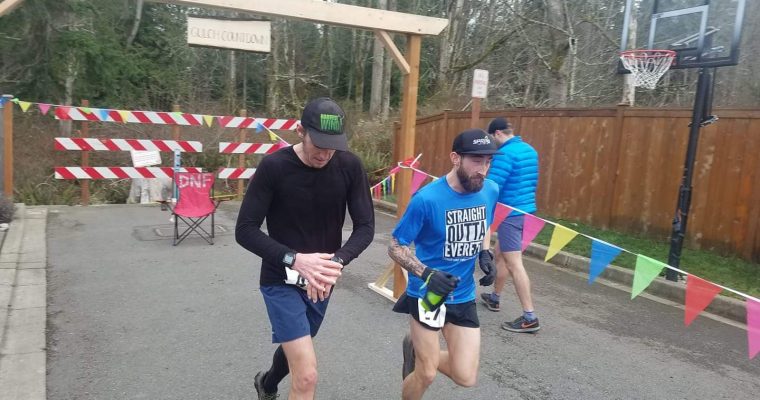 On January 5th 2019, Abram Elwell, Adam Braddock and the Japanese Gulch Runners hosted the first annual Gulch Countdown. The course is a 2.18 mile single-track trail with about 250’ of elevation gain which reversed direction with each completed lap. Additionally, after each loop, the time …

I took the Sunday after Fort Ebey Marathon off and then Apryle and I put in a soggy 10.5 miler in Paradise Valley Conservation Area. This was yet another densely wooded area to run some very twisty trails. From what I have gathered, this is a relatively new natural area that was acquired in 2000 from a family, which homesteaded the property in 1887. It sits on 793 acres and features 13 miles of trail, and is only a half hour drive from Shoreline.

The remainder of the week was low key, I ran some neighborhood miles and commuted to and from work each day with my backpack. For a break in the midweek running ennui, I began a new Thursday evening tradition, which consists of a driving to Mukilteo to run with Adam Braddock, a new friend that I met at the Fort Ebey Marathon.

He resides in quite a strategic location for optimal trail running, near the Japanese Gulch. We typically run a solid 10 to 11 miles in the darkness. Luckily Adam knows his way around the trails and has a far superior headlamp or I am certain I would be wandering around the woods with an ATFL sprain.

It is great to once again have some camaraderie on the trails, and Adam and his family are always quite hospitable. Additionally, Japanese Gulch happens to be quite an interesting place, and from what I have read, would not have existed without the citizens of Mukilteo.

Essentially, after its beginnings as a lumber company in the early 1900’s, a development company was interested in turning the property into an industrial park around the turn of the 21st century. Fortunately in 2014, the city of Mukilteo purchased the 98 acre wooded ravine for 5.4 million dollars. And after running the trails a few times now, I am thankful that they saved this hidden gem from destruction.

The last two weeks of February and first week of March were challenging because I was working at Sky Nursery Sunday through Thursday and Big 5 on Fridays, thus relegating me to a one day weekend. However, I managed to get in some solid weekday miles. Highlighted by some hill repeats around Shoreline, trail runs in Japanese Gulch, and mile repeats at Lake Ballinger.

I rather enjoy the 42-acre Ballinger Park because it reminds me of a high school cross country course in Ohio. Probably because Ballinger Park used to be a golf course, and many of our cross country races in Ohio were run on golf courses. At any rate, I set up a mile repeat course in the park and have run one solid workout on it so far (3 x 1 mile in 5:29, 5:28, 5:28).

Every Saturday since the Fort Ebey Marathon has been a memorable adventure.

February 20th, Apryle and I celebrated the beautiful weather with a trip up to Larrabee State Park. We split up and she trudged through a tough 11 miler while I gutted out a top heavy 20 miler. Following a logging road to a vantage point near Lost Lake, I ran 2000 vertical feet over four miles and then bombed back down to the trailhead. With an additional 12 miles yet to cover I ran the scenic but flat Interurban Trail to Arroya Nature Reserve and Chuckanut Village. The trail was ideal; it was tree covered, soft surfaced, offered beautiful views of the ocean and most of all was flat.

We met back up at the car with serendipitous timing and decided to hike the Clayton Beach trail as a cool down. We shared stories of our two-hour independent adventures and decided that we missed exploring a new place together. We watched as the sun moved into the western sky, and reflected on how lucky we were to be enjoying each others company in such an idyllic vista.

Saturday February 27th was slated by coach Apryle to be a very long run for me. We decided to both run some loops around Discovery Park in hopes that we would see one another. I ran the first five laps clockwise and the sixth and seventh laps counter clockwise. Although the day started off gloomy, by the time I hit the trail at noon, it was a beautiful sunny day.

The first lap was sluggish but the next four, I began to feel very comfortable. I did not take my first drink of water until the fifth lap and did not eat a thing over the first 20 miles. I switched directions and the same route began to feel a little more difficult. Additionally, the superior/medial aspect of my left patella began to give me troubles.

I hit 20 miles in about 7:18 overall pace and as I was running into the parking lot to get a drink and saw Apryle was just getting ready to hit the trail as well (explaining why in over 2 hours on the trail I had still yet to see her). Once again, the serendipitous timing prompted us to decide that I should finish the final third of my long run together.

We decided to switch locations to Green Lake for old times sake and complete three laps. It was great to have some company, but my knee really began to give me some troubles. I finished the day with 29 miles and we hobbled back to the van.

Coach Apryle had planned a down week for February 28th to March 5th, so the injury was well timed. I nursed the knee all week and we went for a moderate Saturday run at Deception Pass. Deception Pass was quite aptly named due to confusion on the part of Joseph Whidbey on the Vancouver Expedition. In early exploration, it was thought that Whidbey Island and Fidalgo Island were one long peninsula.

Because Whidbey was first tricked by the passage connecting Skagit Bay and the Strait of Juan de Fuca, Vancouver referred to the waterway as Deception Passage back in 1792. During ebb and flood tide, there can be standing waves, large whirlpools, and roiling eddies creating class two and three rapid conditions within the pass.

Deception Pass State Park exceeded my expectations and offered some trails that were rich in vegetation and pleasantly/surprisingly sparse in humans. We ran several miles along a beautiful coastline, then carved inland through dense forest and even pitched upward to the top of Goose Rock which featured a half mile climb at 19% grade. The only regret we had in our trip to Deception Pass was not having two kayaks with us. It is hard to imagine that we were lucky enough to enjoy three beautiful Saturdays in row in three unique and beautiful parks.