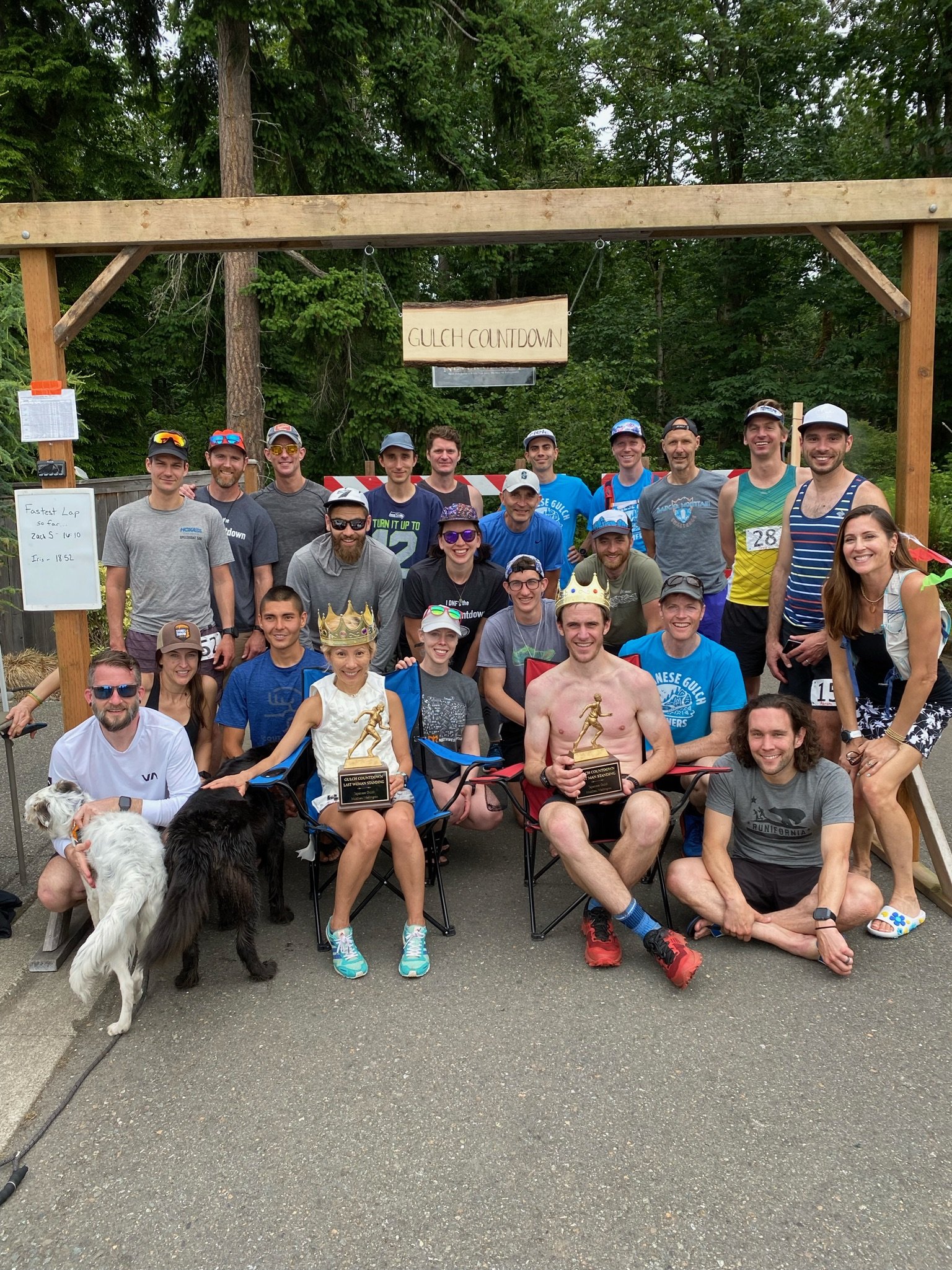 The Gulch Countdown was one of my last additions to this year’s race calendar because of COVID restrictions. Although the race typically takes place in January, it was moved to June 19th this year. Because I signed up in May, my race calendar already included Vashon Island 50K on June 5th and the Run for Shoes 50K on June 10th. However, it was the Gulch Countdown, and I had to sign up, even if it did overload my racing schedule.

Since I had already done two 50K races in the previous two weeks, I was hoping that my legs would tolerate the distance well. According to ultrasignup.com, John Maxwell and Will Jones were signed up, meaning that the podium from the previous two race editions would be back. Therefore, I knew that I would have to bring my A game.

Even though I received a text from John indicating that he would not be racing this year a few days prior, I knew that there would still be plenty of competition. In fact, prior to the start of the race, Abram Elwell told me that he thought the course record would be beaten this year.

I caught a ride up to Mukilteo with Stephane and Aurélien and set up my personal aid station in Adam and Josie Braddock’s driveway, where the start/finish was located. The race got underway at 8:30AM under partly sunny skies with temperatures in the mid 50s. Having done the race two previous times, I was very confident in my strategy this year, which was to flirt with the cutoff times for as long as possible. Therefore as the tempo increased, I would continue to feel stronger with each lap.

In previous years I have tried to stay close to the cutoff times, but lacked the patience to carry it through the entire race. This year, however, I put in a concerted effort and I think I executed the plan well, because I generally ran each lap slightly faster than the one prior. It was actually difficult on the body to move at such a pedestrian pace early because my legs were used to turning over quicker on a day-to-day basis. However, I think it paid off near the end of the race allowing me to gradually increase the pace.

I ran many of the early laps with several different people including Stephane Frion, Ryan McIrvin, Abram Elwell, and many others. Because I was able to select the direction for the first 8 laps I elected to run the clockwise direction. Personally I believe the clockwise direction is a little easier because the route starts with a steep descent and then finishes with a gradual ascent to the finish. Because of the flatter and more gradual finish of the loop I was able to make up time more easily if needed.

As the race progressed I did a few laps with Caleb Babcock and we ratcheted the pace up a little. Nearing the latter part of the race the field size decreased to a strong group of four including: Will Jones, Bruce Ronek, James Wenzel, and myself. However, I knew if I wanted to win the race, I had to go it alone, so in the final three loops, I left it all on the course.

By lap 16, the field had been whittled down to Will Jones and myself. I managed to set the clockwise record on the 16th lap with a time of 15:43. On the 17th lap I ran a 15:58, which I was even happier with because I felt the counterclockwise direction was more difficult. Then shortly before the 18th lap, Will Jones said that he did not intend to race another lap so I debated starting the loop. However, after everyone urged me to go, I took off, but the seconds were costly and I did not make the cutoff in the final lap.

I ended the day with a Gulch record of 39.21 miles. I was excited to once again be the last person standing after John Maxwell beat me in 2020. So I am now 2/3 for Gulch Countdown races. Overall it was another great event thanks to Adam, Josie, Nick, Meghan, Ted, and Abram. Thanks again to Apryle for crewing me through the final laps!