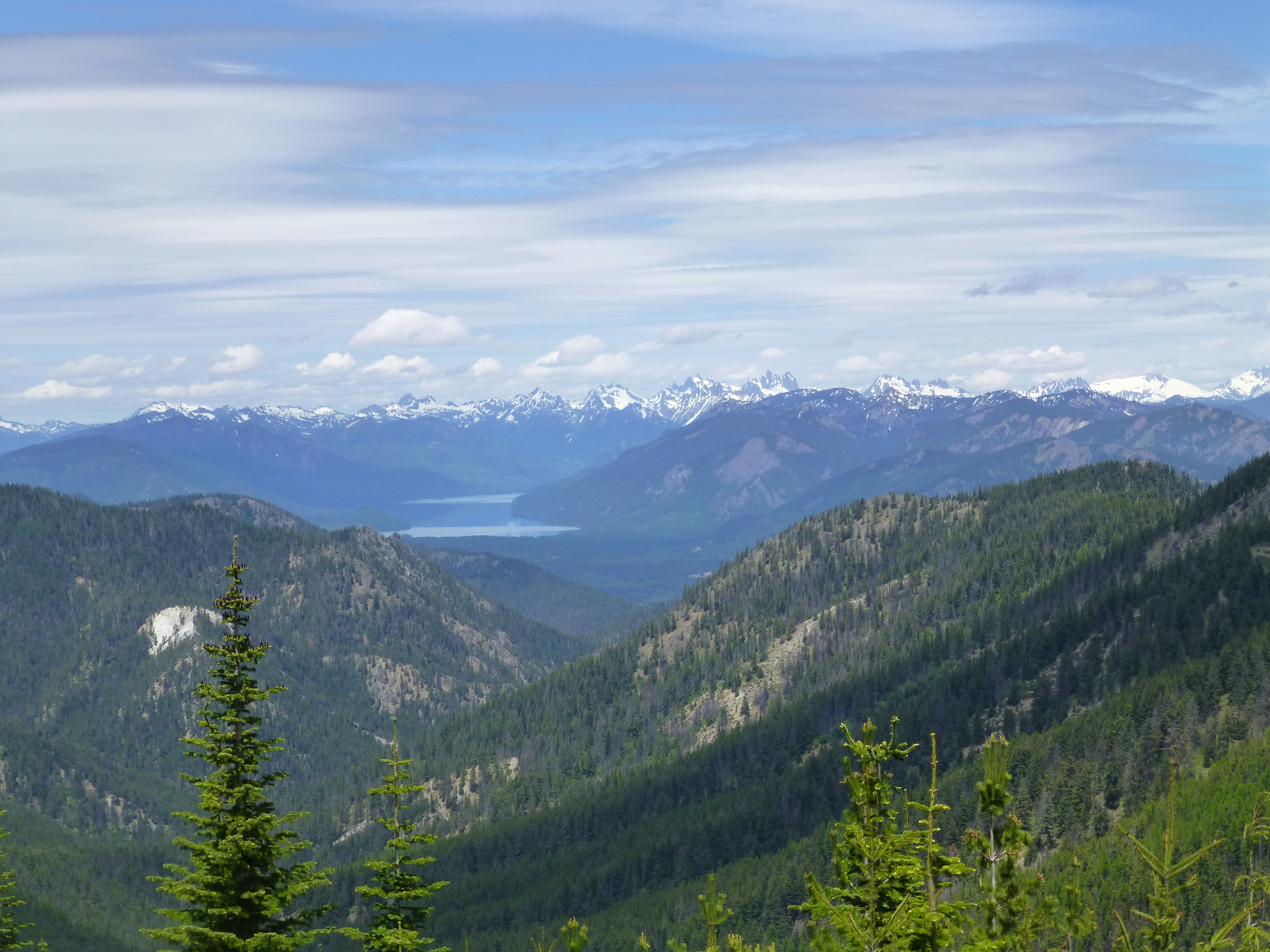 I ran into Michael at Bloedel Hall (University of Washington Campus) on May 29th shortly after Apryle’s PhD presentation. We caught up on everything that had transpired in life since we last ran together on Rattlesnake Ridge in November. We agreed to meet up for a long run soon and shortly there after I received a text from Micheal about running Cle Elum Ridge. The route had my interest and I was excited about hitting the trails with Micheal again.

I departed from the RV which we had parked in North Bend early Saturday morning bound for Taneum Creek Camp Ground. Exit 93 seemed a long way past the town of Cle Elum and the scenery was resembling the Palouse Hills more than the Cascades but I pressed on with a worried skepticism. Michael said that we were starting from the Cle Elum Ridge 50K starting point. However, there were several pullouts labeled Taneum so I had a difficult time locating him, but finally several minutes late I saw the Hravda Mobile and felt relieved that he had not yet started the run.

My surroundings changed back to forested mountainside as I headed back west from Exit 93, but the ecosystem was distinctly drier and it was clear that we were on the eastern side of the Cascades. We started the run with a jaunt down the same forest road that I came in on before making a hard left turn up a dusty, narrow dirt trail. This began our ascent, which would make steady progress upward for about 11 miles. The miles passed quickly as we moved through the sparse forested landscape along the N Fork Taneum Trail. The weather was pleasant, sunny with a mild morning temperature, however, as the day worn on and we ascended higher and higher, the heat began to take its toll. I had not been able to fill my hydration pack fully and was working with a few hundred calories of tailwind mixed through half a liter of water.

After about 4 miles we took a right onto the Cle Elum Ridge Trail which really began to pitch upward. The grade continued until about mile 11 when things leveled out for a little while. We passed several dirt bike riders on the trail but no other hikers or runners. Nearing the highpoint of our run we caught some excellent views of Lake Kachess and the surrounding snow capped peaks. There was a steep section that terminated at a junction with several options so Michael consulted his map and directed us to continue on the Cle Elum Ridge Trail. It is always helpful to be on a run with a person that has a specific plan for a run that has been meticulously plotted, it minimizes the concern over adding bonus miles or time.

Between miles 14 and 18 we were generally above tree line and encountered some much needed snowy sections. It was in this section also where I took a nasty fall onto the hard rocky ground. I can count on one hand how many times I had fallen in 2017, but for some reason 2018 has been a year of hard falls. I hit the deck and quickly sprung back up, but stopped for a quick rest to assess the damage. My knees were quite sore, particularly the R knee, which was puffy and swollen and I had several abrasions that were oozing blood. We pressed onward but my gait was slightly antalgic and hobbley. I stopped at each snow patch to grab some snow to eat or put in my hydration pack to help cool my back and eventually drink.

There was one large snow field just before our left hand turn back onto the N Fork Taneum Trail, but we did not have to go to far off course to avoid the steep snow. Once on the Taneum trail descent, the knees were throbbing with the steep downhill grade, so Michael and I took it quite easy as we reentered the montane forest. This stretch of trail definitely stayed cooler, it held more water and snow even in the lower reaches.

The trail leveled out after about 3 or 4 miles. Then there were several low muddy points and stream crossings and we ran into several campers and dirt bikers at various trail junctions. Some of the streams had bridges and some required knee deep crossings, which felt good on my sore legs. Michael reminisced of his past races at the 50K which piqued my interest in running the race some day. Finally after a little over 25 miles we reached NFD 3300 where Shannon and Lily (Michael’s wife and daughter) were waiting to pick us up.

Luckily Michael had a first aid kit with some alcohol wipes and some bandages so I was able to clean and dress the knee wounds. We chatted about the run, trail condition and summer plans and then Shannon drove back to one of the Taneum pullouts where I was parked and we parted ways. Then I jumped back on I90 over to North Bend excited to get back to Apryle, Darwin, Banjo and June in our little tenement on wheels.