An Autumn of Micro Expeditions 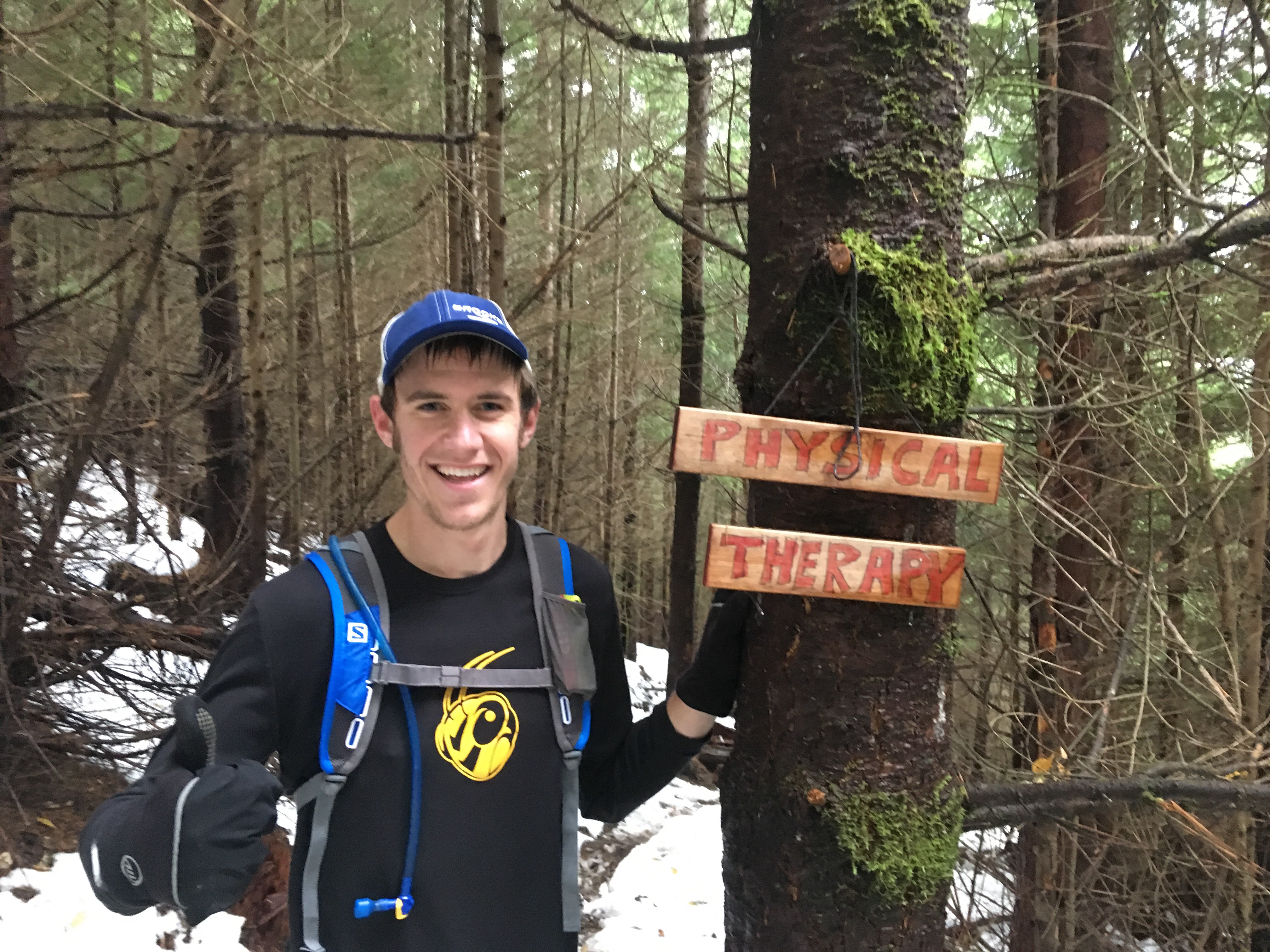 Honey Dew Creek is a small meandering stream that flows northwestward into the west flowing May Creek. It is a small open space that I have been curious about exploring after months perusing Newcastle trail maps. However, more importantly I was interested in linking up the May Creek Trail with the Honey Dew Creek Trail. Due to the endless opportunities to my east, I never got around to exploring the ravine earlier in the year, but after exhausting most of the trails in Cougar, Squak and Tiger I decided to survey the area.

Honey Dew Creek can be reached from multiple entry points: SE 95th Way from the east, NE 27th Street from the west, and Queen Avenue NE from the south. When traveling westbound on SE 95th Way, ignore the curve and pass through the barricade onto the abandon road that dives into the valley at the convergence of May and Honey Dew Creek. Nature is doing an excellent job reclaiming this path with overgrown vegetation and crumbling asphalt. The dilapidated road makes a U turn, and at that turn the Honey Dew Creek Trail continues straight. Follow the narrow creek bed southward as it carves its way through about a mile long swath bookended by forested bluffs. At the terminus there are some switchbacks that cut up a steep hillside and connect to Queen Avenue NE. Heading back northward on the trail, reconnect with Devil’s Elbow (crumbling paved road) and follow it up to NE 27th Street, the third entrance point. 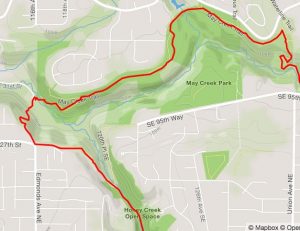 Honey Creek Open Space is quite small; in fact the apartments of Renton are visible through the trees towering above the small stream, but forest is surprisingly impressive. The forest is mixed and on a crisp fall morning, the display of yellows, oranges and greens cannot be beat. The Devil’s Elbow Road offers an impressive panoramic view of the May Creek Valley that remains undisturbed and in my opinion is one of the prettiest swaths of wilderness in the area.

In regards to the link up with May Creek; it is tricky because there is not an official trail. Instead after running up NE 27th Street cut behind Kennydale Memorial Hall and there is a inconspicuous path leading into the steep ravine below. Follow the tortuous path down to May Creek and look for the make shift bridge held together with fallen trees and drift wood. From there the offshoot of the May Creek Trail climbs back to the main trail and a trail link up of the two streams is complete.

Taylor Mountain is an oddly shaped 1822 acre tract of land nestled between North Bend and Hobart. In addition to an excellent network of trails, it also provides a corridor between Tiger Mountain State Forest and Cedar River Watershed. This forest is home to Cougars and Black Bear that will never be seen and Holder and Carey Creeks are home to spawning Coho Salmon. There are several entrances, but the largest is at 276th Avenue SE just off of SR 18. The parking lot is quite large, likely to accommodate horse trailers. 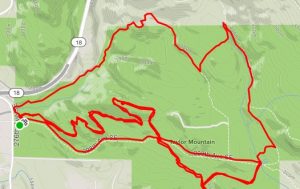 Apryle and I arrived on a drizzly Saturday morning and after glancing at the map, we jumped into the forest. There is a mix of Forest Service roads labeled with letters and single track paths that are well signed with rustic trail markers. We decided to ascend the Holder Ridge trail to Holder Knob. The slope was gradual and the forest had a distinct yet indescribable look that separated Taylor from other forests in the area. After topping out on Holder Knob we descended to Road A and continued onto Whisky Sill Trail down to Road F. From Road F we turned northward onto Road A which skirted along a shelf to the Beaver Pond area. At the Beaver Pond area there was a hairpin turn and Road A turned into Road I. We descended Road I to Road K which led to Holder Creek Trail and a reprieve in the alphabet. The Holder Creek Trail was soggy and I valiantly carried Apryle across the stream crossings to save at least one pair of shoes. The Holder Creek Trail followed the creek and linked back up with the ridge trail at the parking lot, completing the loop.

I think perhaps the most interesting feature of this park is the wetland habitat, King County DNR and department of land and water resources highlight that the area has over 5 miles of stream for spawning Salmon and 75 wetlands that serve as an important habitat and flood plain. Additionally, Holder Creek is a Class 2 stream which means that it has year round flow in years with normal rainfall. The riparian habitat, like much of the park, is dominated by Red Alder stands (64%) with a smattering of Black Cottonwood and Western Red Cedar. In regards to the shrubs, there are Salmonberry, Red-Osier Dogwood, Red Elderberry and Vine Maple. Sedges, Grasses, Lady Fern, Waterleaf and Skunk Cabbage make up the wetlands carpeting.

Taylor Mountain, like much of the Issaquah Alps, is in its second or third rotation of tree growth in an area that used to house 500 year old conifers prior to European settlement. Most of the Puget Sound area is part of the Western Hemlock Forest zone which means that Douglas Fir encompass the subclimax forest and Western Hemlock and Western Red Cedar make up the climax forest. However, currently only 7% of Taylor Mountain is made up of Conifer stands. Without digressing further into forest succession debates, suffice to say that the make up of a forest is forever changing. 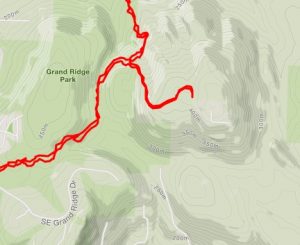 Grand Ridge is a 1200 acre park that is east of Issaquah and Lake Sammamish and north of Tiger Mountain. The park contains groves of Western Red Cedar, some of which exceed 1.5 meters. The understory is blanketed with sword ferns, Oregon Grape and Salal. The riparian areas contain Big Leaf Maples, Black Cottonwood and Red Alder. Notable amphibians include the Giant Pacific Salamander which can grow to lengths of 30 cm.

Grand Ridge is yet another park that I had not explored until autumn and until a blanket of snow covered much of the trail. Apryle dropped me off in the Issaquah Higlands and I wound my way around the maze of paths zigzagging through neighborhoods until I entered the official park. There are not that many trail options but the major north/south running trail is sufficient to glean highlights of the landscape. Perhaps my favorite side track on my Grand Ridge traverse was the westward offshoot up to Grand Ridge Peak. The path was nondescript, overgrown and covered in ankle deep snow which provided an adventurous feel to a lessor known summit of the Issaquah Alps. 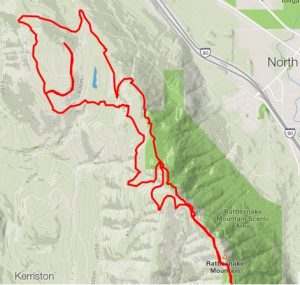 Switching gears back to the running side of things; Christophe, Michael and myself made an unorthodox traverse of Rattlesnake Ridge with a side motive of scouting for the Issy 100 miler. Specifically, Christophe and I were interested in finding the trail to link Rattlesnake Ridge with Tiger Mountain SP. Starting and finishing at the Rattlesnake Lake TH we made our way over to Raging River SP and completed a lollipop loop. The initial trail was dry switch backs which gradually gave way to snow covered trail.

Instead of completing the traditional traverse down to Snoqualmie Point Park, we did some exploration on forest service roads. We made our way to a powerline clearing that descended to HW 18 and the crossing into Tiger Mountain. We elected to complete a loop instead of running down to the crossing, so we headed up the steep Washington Trail to another forest road. This forest road lead to another narrow chin scraping single track path known as Physical Therapy. We then took the snow covered PT trail to another forest service road that eventually spit us back out on the Rattlesnake Mountain Trail. 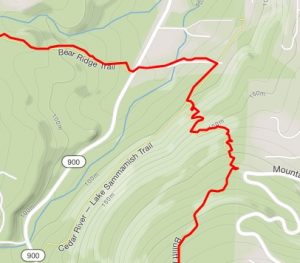 Even after 11 months of running Cougar and Squak there are still small discoveries to be made. Typically I connected Squak and Cougar Mountain with the Margaret/Wilderness TH or West Access/Squak Connector TH. However, I was seeking another option and after some map studying I found it in the Spider Path/Bear Ridge connection.

Starting from Central Squak Peak, descend the forest road eastward to Phil’s Creek Trail. Take Phil’s Creek Trail northward to the East Side Trail and then descend trending northwestward. From the East Side Trail merge onto Bulitt Fireplace Trail and continue descending to Mountainside Drive SW TH. From this trailhead there is no signage or map indicating the Spider Path that sharply descends to Cedar River – Lake Sammamish Trail, however this trail is essential to get out of Squak Mountain Park. The path is difficult to find and even once you are on it, it is difficult to trace with autumn leaf cover. Eventually the path opens up into the Cedar River – Lake Sammamish Trail, which leads to SE 83rd Place. Follow SE 83rd Place to SR 900 and then cross the road onto the Bear Ridge Trail in Cougar Mountain. 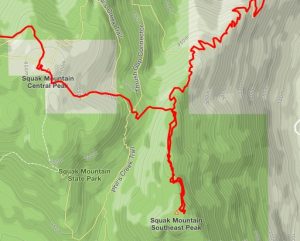 In my previous post about the Western Issaquah Alps, I alluded to Southeast Squak Peak, which proved to be an elusive summit in the 1545 acre green space. However after some review of the contour lines and trail maps I discovered a path to the summit. With an eastbound approach from Issaquah on a long 28 mile loop, I traveled up the East Ridge Trail and located the inconspicuous path. When I started up the narrow trail I was unsure if it was correct but I pressed onward until I reached a long narrow ridge. I was not convinced this ridge was the true summit, so I continued southward down a ravine and then back up to a smaller prominence that looked to be the highest point in the area. I stood on top and felt the wind changing directions through the trees. The air felt cool and it was evident that rain was on the way so I doubled back to the main trail, excited that I finally tagged all three Squak Peaks.

Although the magnitude of the adventure has decreased with the shoulder season, the quality of adventure has remained top-notch. Sometimes the simplest new discoveries right in your own backyard can produce the same amount of exhilaration as the grand wilderness expeditions of afar.